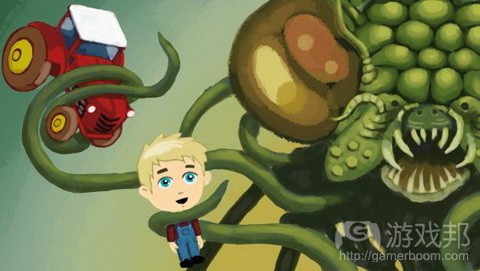 free to play from edge-online.com

Opinion: It’s what you do with freemium that counts

Talking about ourselves is one of our favorite occupations in the game industry. Even more so when a trend presents itself that holds the promise (or menace, depending on your point of view) of reshaping the way games are made, consumed and enjoyed. When that happens, the soul-searching, pontificating and resulting debate can become overwhelming, obscured in a cloud of Internet-enabled, knee-jerk rage at the opportunities brought about by ‘change’.

In the past year or so, the uncontested poster boy for this phenomenon has been the freemium model, defined as the publishing of games that are free to play, but allow for the purchase of in-game items with virtual currency. Taking away the barrier of entry of a purchase price, combined with the rise of connected platforms that allow for easier discovery and consumption of games, constitutes a major opportunity for the game industry to go from a (large) niche of relatively dedicated players to a much wider audience of billions.

It’s pretty clear, in my opinion, how this represents a chance for large publishers and indies alike to try out new ideas that would not be feasible with a traditional publishing model, while reaching a much larger number of players. Lower barriers of entry, a more equal footing for small and large developers and a much larger market: what’s not to like?

Plenty, at least according to the curmudgeons that make up a (very) vocal minority of the game industry, and to the Cassandras that predict this growing trend will bring ruin on our beloved activity, replacing engaging gameplay with repetitive, exploitative viral mechanics.

My opinion is that, for the most part, such commentators are looking at the way this model was implemented in the very first wave of games that took advantage of it, and making an age-old mistake of failing to see the forest for the trees. What we have seen up until now, I believe, is not at all representative of the potential of the model.

The freemium model has been dominant in Asia for a long time, but in the Western world has come to prominence with the emergence of social games, and in particular games playable on the Facebook platform, starting in 2007. The first experiments in that sense could barely be defined “games”, and were simplistic “applications” built by web developers with little or no exposure to game design, aiming to take advantage of the platform’s viral features for rapid growth. As players started to engage with those products and to enjoy them, the same developers and several new entrants (still, by and large, without a specific gaming background) started to iterate and improve on their early releases, building experiences that were still thin on gameplay, and based mostly on social interaction.

From there, it was a natural leap to taking inspiration from the Asian experience and charge players for virtual goods purchased with in-game currency. The user base was large enough to make the business model sustainable, even with the percentage of paying players being in the low single digits. Overnight, a new industry was born, attracting an increasing amount of attention and gradually introducing to videogames a large audience that until then had had limited or no exposure to them.

Fun is the thing

Since then, we have witnessed an explosion of games designed to be played socially on the web and on smartphones. While issues such as cloning and shallow gameplay are still rampant, many compelling game experiences are emerging, developed by teams that understand not only the dynamics of social games, but also that the most important feature of any game is also the most difficult to pin down: fun. And, in that sense, it’s now clear that, while game development is changing and having a deep understanding of metrics and the technology to back it off is crucial, the most effective (and probably only) way to succeed in the long term with a social game isn’t much different from what it has always been: make a game that people want to play and that will keep players entertained and engaged.

Many in the game industry, though, are still unconvinced of the potential of this model, and suspicious of the fact that the focus seems to be on rapidly growing the audience and finding ways to monetise it, rather than on delivering great gameplay. To them, I say: you are right, many existing social games are shallow, and don’t seem to have players’ enjoyment as the foremost priority. But many are, and every day we see new ones that, while not perfect, bring innovation and a sense of fun, and advance our overall understanding of a space that’s still in a very early stage of development.

There is nothing inherently bad or wrong with freemium: all it does is give designers more freedom, enabling a much more rapid usage growth and providing the tools to measure what players actually do in the game, allowing for continuous iteration and improvement. Those are all advantages, and can be engaged to make awesome games in an array of genres, for an ever-expanding audience of ‘gamers’. Imagination being the only limit, wouldn’t joining the party be a better use of your time than complaining about it?（Source：edge-online）