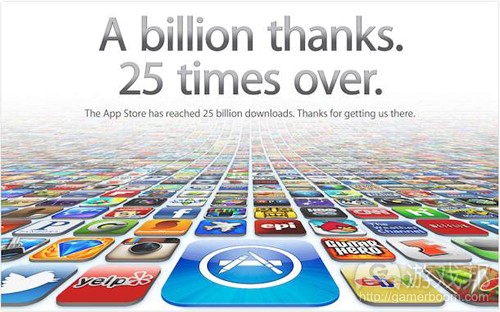 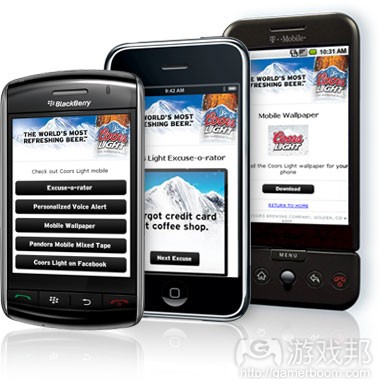 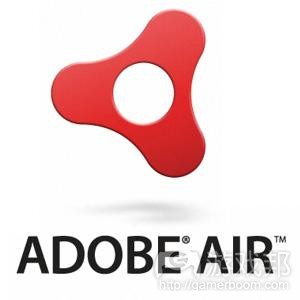 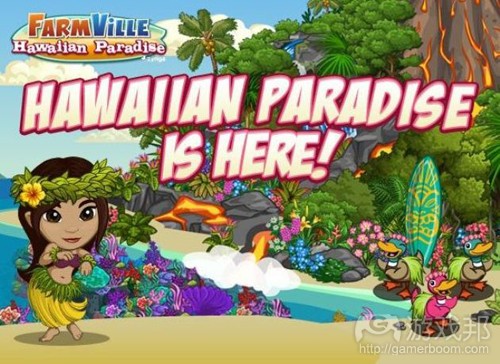 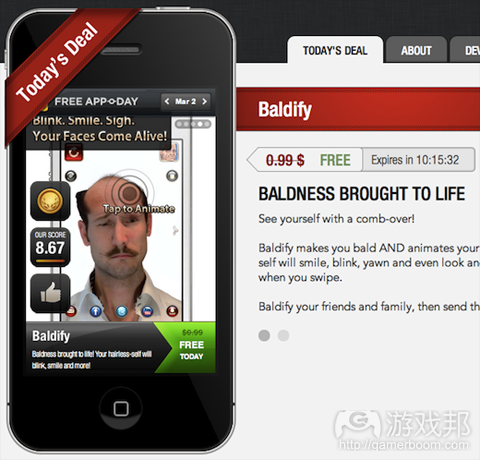 Apple’s App Store has just passed 25 million downloads since launch, with one (as yet unannounced) consumer earning $10,000 in iTunes vouchers in the process.

The milestone was reached on Sunday 4 March, meaning that it took the marketplace 3 years, 7 months, and 23 days to reach the target.

Top of the world

When the App Store first launched back in the summer of 2008, few could have predicted that it would become such a large and, in many cases, disruptive force in the mobile industry.

The App Store launched alongside the release of the iPhone 3G and 2.0.1 of iOS, with only a handful of apps to choose from.

Now the App Store hosts over 500,000 different apps, making it the most populated distribution platform of all the mobile operating systems. （source:pocketgamer）

Mobile ad network InMobi has just published its Mobile Media Consumption Q4 2011 Survey, which questioned over 20,000 mobile consumers in 18 markets across all continents.

It also revealed that three quarters planning to conduct m-commerce activities within the next year (76 per cent) while 42 per cent say that mobile advertising has introduced them to something new.

Other key findings include:

* On any given day, mobile web users spend 27 per cent of their media time on mobile, 22 per cent on TV and 32 per cent online

* Availability, ease of use, and privacy are the top three driving factors to be on mobile

* Social media, entertainment, and search are the top three mobile media activities among mobile web users. This popularity will continue to grow in the next 12 months

* Mobile, PCs, and TV are the most powerful media that influence the purchase decision among mobile users

* 14 per cent of respondents say that mobile ads have influenced them to buy via mobile（source:mobile-ent）

Well funded Finnish social developer Supercell is now looking to set up a US operation.

He’ll be in charge of building up the company’s new San Francisco office.

As part of this drive, Supercell is stressing its ‘tablet first’ approach to the social gaming market; something it will demonstrate with its first game in this strategy – Battle Buddies.

“The landscape for games is changing yet again, and we firmly believe that tablets are rapidly emerging as the most exciting new platform. The unique confluence of technology, interface, mobility and social packed inside these magical devices opens up brand new opportunities to create rich gameplay experiences designed specifically for the platform.”

“I was immediately drawn to the phenomenal creative and technical talent of the team in Helsinki and was inspired by their intense passion to deliver the absolute best gameplay experience possible on the mobile tablet platform,” added Harper.

“What we have seen so far on tablets is only the tip of the iceberg.” （source:pocketgamer）

4）Adobe unveils AIR 3.2 — Adobe has announced the latest updates to Adobe AIR. Version 3.2 of the tool includes both 2D and 3D hardware acceleration, which will allow games to run at 60 frames per second.（source:insidesocialgames）

Discovery is still a huge problem on the Apple App Store, with 578,716 active apps and no sure-fire way to stand out. Iddiction hopes to tackle this problem with its App-o-Day promotional app.

Making one app to promote another app may not sound like much of a solution. But Iddiction founder Andrej Nabergoj thinks he has a way to help indie developers stand out. He sees the solution as a daily deal, or a Groupon for apps, gaining consumers by the day.

Nabergoj said in an interview with VentureBeat that App-o-Day will curate its recommendations, highlighting only one app per day. In doing so, it hopes to lure consumers back to get the best, coolest and newest apps and games for free on a daily basis, much like existing sites such as FreeAppaDay or App King.

To set itself apart, Iddiction has created an attractive user interface that is clean and relatively simple. It has a rating score and allows consumers to give their own ratings. And Nabergoj says his team works hard to find only the best apps.（source:venturebeat）

7）Mobage On iOS In English Is Coming [Social Games]

In Japan Big news for DeNA: its US company ngmoco just announced that Mobage will soon be available as an English version on iOS. Minutes ago, ngmoco posted this status update on Mobage’s official Facebook page:

“Soon” probably means that Mobage on iOS is just hours or days away (I asked in the comment section and now wait for a reply). Neither DeNA nor ngmoco made announcements on their corporate websites so far, but this will likely change soon.

ngmoco launched Mobage in English on Android back in July 2011.

On iOS, Mobage has been available in Japan since August 2011 and in China since November 2011.

Launching Mobage in English as soon as possible is vital for DeNA, as arch enemy GREE is to launch its global platform between April and June this year, Facebook is bolstering its mobile gaming efforts, and many mobile social gaming companies are starting to crop up in the US.（source:serkantoto）