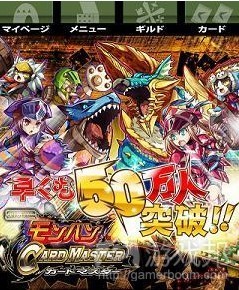 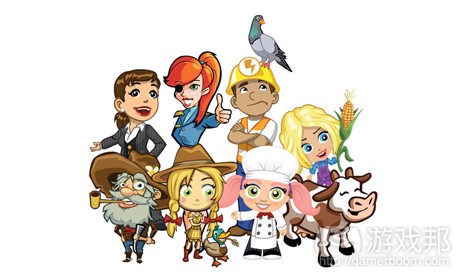 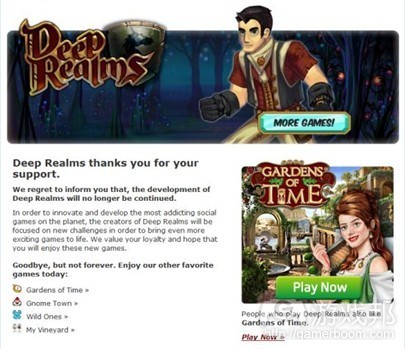 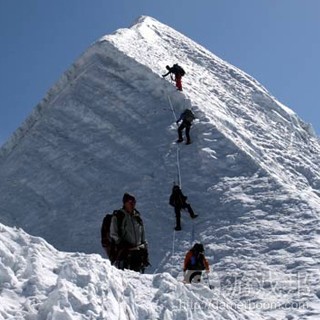 “Minna to Monhan Card Master”, a social card battle game based on the popular Monster Hunter action RPG series, has racked up 500,000 users on Mobage. The Capcom title needed just four days (between February 21 – it’s launch day – and February 25) to reach the milestone.

The Mobage game was released on feature phones and smartphones simultaneously.（source:serkantoto）

Zynga Japan has been very quiet for a while (the reason being they just weren’t very active or successful in recent months, to say the least), but now the company has rolled out a social RPG with original IP for iOS (Zynga Japan calls it a “Monster Battle RPG”).

What’s special about the game, dubbed “Montopia”, is that:

•even though it’s a social game, Montopia isn’t embedded in the GREE, Mobage, or Mixi networks

Montopia is basically a Pokemon clone, very much like GREE’s Monster Planet (Monpla), for example.

According to Zynga Japan, Montopia features a total of different 200 monsters initially.

I gave the iOS version a spin and must say Montopia is looking pretty good with regards to production value – I especially like the design and UI of the game. The obvious challenge for Zynga will be to get eyeballs for the title, as it’s not linked to any of the popular social gaming networks in Japan.

Going for a stand-alone app is an interesting move: on Montopia’s official page, Zynga Japan just says an Android version is to follow soon.（source:serkantoto）

Say what you will about Zynga, but it did lead social games into the mainstream–just look at Words With Friends. The Massachusetts Institute of Technology’s (MIT) Technology Review has included Zynga in its list, The 50 Most Innovative Companies of 2012. The now-public Hidden Chronicles maker is joined by staples, like Apple, Google, Facebook and Twitter.

However, Zynga is the only game creator to receive the honor this year, and one of two gaming companies. (Game streaming service OnLive earned a nod, too.) MIT says that social gaming has introduced new business models for gaming companies while dramatically expanding the appeal of computer games.

The main reason that MIT decided to include Zynga on its list of top innovators in tech is that the developer “has mastered the art of giving away games and then persuading players to make in-game purchases of virtual goods, sometimes adding up to many times the typical purchase price of a game,” according to the list.

Zynga has received its fair share of flak and praise over the past few months in light of the recent copycat allegations thrown its way. While it’s a no-brainer that the developer’s strategy has led it to create games that are uncannily similar to competitors’, it’s tough to argue whether Zynga helped blow a new demographic of gamers wide open and establish an entirely new genre.（source:games）

It’s no secret that the social market has seen some rapid growth over the last few years, and according to investment bank Digi-Capital, the social and casual market accounted for roughly half of all game related investment and merger value in 2011.

In the company’s recent Global Games Investment Review 2012, it reported that social and casual games made up 57 percent of the game industry’s investment value, and 45 percent of its mergers and acquisitions value.

Digi-Capital further explained that major companies like Wooga and King.com are performing well in this crowded market, but the company expects that consolidation will become more popular in 2012 as the space becomes increasingly competitive.

Looking back at investment patterns in 2011, mobile gaming was the second most popular market in terms of investment value (30 percent), but remained relatively low in terms of mergers and acquisitions. Digi-Capital said that mobile-related merger numbers remained low since the market is still quite young.

MMOs, on the other hand, were the second post popular in terms of mergers and acquisitions (31 percent), but investment value remained low due to the high risk nature of these large-scale products. Digi-Capital expects MMO related mergers to continue in 2012 as the market shifts toward free to play business models.

With this noted shift toward social and mobile gaming, Digi-Capital encouraged traditional game publishers to invest in these sectors to maintain steady growth. The company particularly

pointed to EA’s PopCap and Playfish acquisitions as prime examples of a large publisher transitioning into these growing markets.

Looking several years ahead, Digi-Capital projects that online and mobile games will generate as much as $41 billion in 2015, pushing the overall video game software market past $82 billion during that year.

5）Deep Realms was closed more than a month ago – why didn’t anybody notice?   Facebook

Deep Realms was an incredibly good role playing game for Facebook – at least that’s what I’ve heard. It earned a perfect score here on Gamezebo, made its way on to our list of the best Facebook games of 2011, and appeared on countless other best of the year lists too. So why haven’t I played it myself? Because when I finally say down to dive into Deep Realms depths today, I discovered that the game is no longer available for play.

Less than a year after its debut, Playdom has quietly killed the game from Facebook. If you try to visit the page that previously housed it, you’ll be presented with a message that reads as follows;

We regret to inform you that, the development of Deep Realms will no longer be continued. In order to innovate and develop the most addicting social games on the planet, the creators of Deep Realms will be focused on new challenges in order to bring even more exciting games to life. We value your loyalty and hope that you will enjoy these new games.

This isn’t the first time that Playdom has decided to bring one of their offerings to a close. Social City and ESPNU College Town both went offline in December, and Market Street went offline only a few months before that. But being such a critical success, we can’t help but wonder how it failed to gain the traction needed to stay alive.（source:gamezebo）

The 300 million or so social gamers on Facebook have kept on playing for the past year. That’s great and all, but Facebook also hasn’t managed to bring in many more players in the same period. That leaves an IHS report to conclude that Facebook games have reached their peak. Of course, the only way to go is down, which is only ever a good thing on roller coasters.

And while that estimated 300 million served as half of Facebook in 2010, the rest of Facebook’s new audience seems to have moved even further from games. Gamers now only represent 25 percent of all Facebook users, as of 2011. So, while that number could easily remain the same, that percentage could easily drop even lower. And IHS’s Steve Bailey has somber news for new kids on the Facebook game block:

“Facebook rocketed to prominence as a gaming platform in 2009 and 2010,” senior analyst Steve Bailey said. “However, with equal speed, the market then settled into a state of maturity in 2011, with conditions becoming markedly more challenging for game operators. While Facebook remains a worthwhile opportunity for companies able to meet these challenges, the tone of the market in 2012 will be somewhat muted compared to the optimistic outlook of the past few years.”

Basically, this analyst echoes the opinions of Spry Fox’s Daniel Cook, who claims that the indie game renaissance on Facebook is over. (Though, his game was just picked up by Playdom, so take that with a grain of salt.) At any rate, social games on Facebook have reached their maturity point, making 2012 an ever more crucial year for the genre.（source:games）