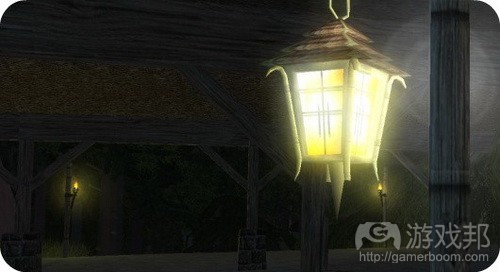 I thoroughly enjoy reading your comments, especially when the discussion turns to game design or suggestions for development. I decided it was high time that I sat down and experienced, even if just a little, how the design process goes. I’ve had plenty of peeks at different studios, but I wanted to know what it is like to actually make a game from basically beginning to end.

So for the next four weeks, I will be doing something special. I invited indie developer Dave Toulouse, maker of Golemizer and Star Corsairs, to help me in this journey. If you’d like to find out more about Dave, you can visit his official website, follow him on Twitter, or even read an interview I did with him a while ago. He really is the epitome of the indie spirit, and I am so thankful that he volunteered to do this with me.

The goal is to start with a basic idea and framework, and using input from our discussions and from reader comments, assemble a very basic working mobile MMO. So let’s get started!

I am really glad Dave and I decided to go with a mobile MMO. I knew I could get him to make me almost anything, but a browser-based game seemed to be the shortest route to success. If we made the game fit within a browser, it could be played across pretty much any device, including a smartphone, and we would skip the entire app-making process and issues with approval, time constraints and updating. Simplicity is the key word with this project.

So what would our game be? What would players be expected to do? While we have arrived at some pretty simple goals and mechanics, bear in mind that this first version of the game is very simple and direct. We want our design and game to work more to show off design concepts instead of the latest graphics or mechanics. The browser keeps it simple, so we had to keep the design simple as well. I am drawing inspiration from games like Die2Nite, Illyriad, Glitch and even a few social games.

“While I am hardly in love with the common social game mechanic of energy usage that begs players for money after maybe 15 minutes of gameplay, I nevertheless realize that energy is just another term for stamina.”

I started by imagining what I would want the game to do. After much thought, I knew that I wanted it to be from the school of design that limits players to only a certain number and type of actions per day. While I am hardly in love with the common social game mechanic of energy usage that begs players for money after maybe 15 minutes of gameplay, I nevertheless realize that “energy” is just another term for “stamina.” Inside the world of sandbox gaming, stamina is a key component. Wurm Online and others allow players to perform only a certain number of actions until they run out of stamina and need to rest. In many social games, you will also “rest” by logging out or waiting, but there is a cash option that cuts the wait down significantly. After a while, a social game energy mechanic can feel like a real gimmick. A brilliant gimmick, but still a gimmick.

I also wanted to limit the player’s actions since this MMO will be very basic. We have limited the number of actions to one per day. We can adjust the number after you, fair guinea pigs (I mean readers) tell us what you think. So the mechanic that represents fatigue is basically set.

After we settled on how the players will interact with the world, we wanted to decide why. I have always loved survival MMOs, games that shove a player into a dangerous world with nothing but a few tools and a bit of hope. I wanted the players of this tiny MMO to have to go out and get something, something that might help other players. We thought that having players gather in factions or groups and then compete against other factions for survival would be cool. So how many factions? Why would the number be important?

We came up with three basic factions or groups that players would join. For the sake of bringing the game to a playable point, I decided that players could be either a squirrel, a turtle or a crow. Each race or faction would have strengths and weakness, sort of like a system of rock-paper-scissors. The crow, for example, is fast but cannot carry a lot. The turtle can carry a lot but cannot move that fast. A squirrel is the middle man and can do it all decently well. We could also include different terrain bonuses for each race or faction.

Players would go into the woods to gather goods in the hopes of gathering the most, thus winning the game. Why three factions? Well, imagine if there were only two. Since our game is going to be time-limited, we will have a “win” scenario. Three factions not only prevents a short game by allowing one side to simply outlast the other but creates tension and the possibility for spying and betrayal. You know, the good stuff.

“Indie training is sort of like Jedi training, but it occurs only while sitting in a chair.”

So far we have a basic idea about what the game is and how it will work. It was good to arrive at the point at which we had a basic, working framework. Of course, I am simplifying our email conversations as well as making it sound like he was able to create what I wanted with a flick of the wrist. The truth is that he was able to work with me pretty easily as a result of his years of indie training. Indie training is sort of like Jedi training, but it occurs only while sitting in a chair. Seriously, he works hard, and it was nice to ask for something and have it delivered. So what did he deliver so far?

If you go to this official link, you will see the basic game. We have a temporary title, temporary art and working concept. The idea is that each player will sign up, join a faction, and go out into the world to gather goods to propel his side to victory. Feel free to register and choose your side. Note that we will not retain your email address or information after the project for any reason. Along the way, however, we could use your input.

First, should the game belong to a certain genre? Do you prefer science fiction or fantasy? How do you feel about a modern-day setting? Remember that I will make updated artwork as we go along, and Dave will adjust the guts accordingly.

Next, decide what sort of persistence there should be. Persistence is key to an MMO, but it can come in different forms. We don’t have to have a three dimensional world with state of the art graphics to be persistent. Do we want the playfield (the woods, the space station) to be the persistent character in the game? Should we allow players to combat each other instead, making their stats and the effects on the environment to be the real persistence? When you start to think about it and imagine how persistence works in different titles, you can see just how complex an issue it can be.

Last, you should think about how these basic design concepts appear in your favorite titles. In even just our email conversations, I have discovered just how much fun it is to discuss development. I’ve also realized how I enjoy certain genres and styles, as well as which sort of mechanics I adore. I love hardcore mechanics but am not a fan of overly complex gaming. It can be simple and a lot of fun.

Before you go, take a moment and answer the two polls I have attached at the end of this article. Feel free to leave a comment with your suggestions. Remember that this is just for fun; nobody will make any money from the game. The goal here is to have some great discussion about design, to make a working MMO (even if it is a simple one), and to dig a bit deeper into the world of game development.

What genre do you prefer?

How should the game be persistent?