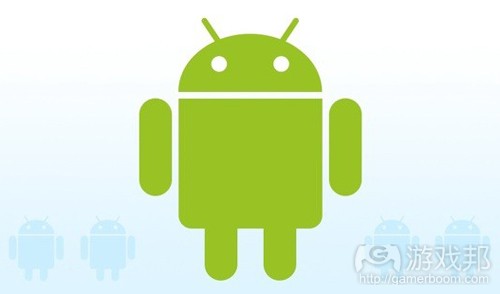 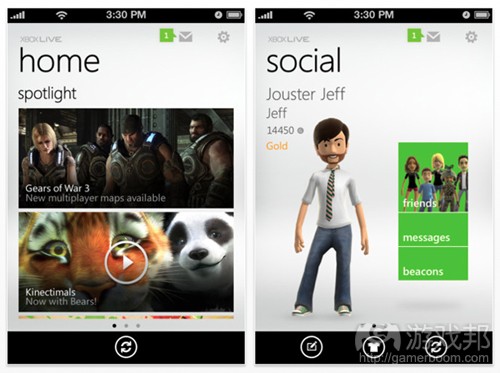 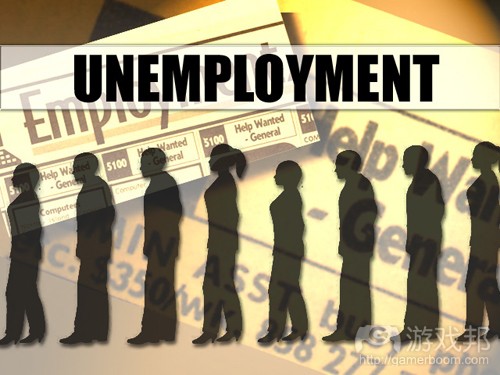 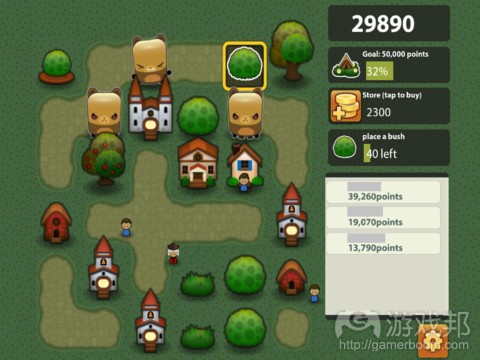 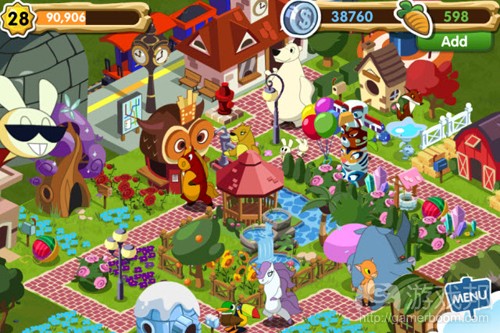 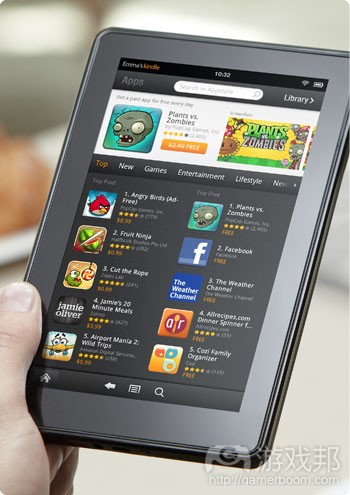 Google announced quarterly and 2011 fiscal year earnings on Thursday, hitting its first $10 billion revenue quarter. Although most the conference call focused on financial numbers, Google CEO, Larry Page shared a few data points about Google’s Android initiative. Some are figures that I’d heard over the past few weeks, so there aren’t any major surprises here. Perhaps Android growth is indeed slowing as some recent analysis has pointed out.

Here are the high points from Page’s commentary:

700,000 Android phones are activated each day (Note that Page specifically said phones; tablets were not mentioned)

There are 250 million Android devices sold now, which is up by 50 million since the last quarter

There have now been 11 billion downloads from Android Market（source:gigaom）

Microsoft’s heavily rumored plan to bring Xbox Live games to platforms other than Windows Phone is a reality.

While the company would not reveal specific plans, a Microsoft spokesperson all but confirmed them by telling Inside Mobile Apps “while the Xbox Live experiences and games always work best on the Windows platform, we understand that some Xbox fans may be using other types of devices. To satisfy that need, we are working to extend a few of our Xbox experiences and titles to other platforms.”

Rumors Xbox Live games would no longer be a Windows phone exclusive began to pick up steam in early January, when LiveSide and Business Insider spotted a job description for a developers with iOS and Android experience to “bring the latest and greatest gaming and entertainment experience to mobile platforms including Windows Phone, iOS and other mobile platforms.”

While Microsoft currently advertises Windows Phone as the only phone with “mobile office, Xbox Live, mobile app, and more” its clear Microsoft is focusing on extending its console gaming business into the mobile lucrative mobile market, with the release of iOS versions of Xbox Live and its first-party game Kinectimals in December.

Microsoft would not reveal specific revenue figures or user numbers for either app, only stating “My Xbox Live and the ‘Kinectimals’ companion experience have both been well received by iOS users.”（source:insidemobileapps）

We already know that software engineers and other tech workers are in big demand, with companies like Facebook, Google, eBay and Zynga setting up shop here to tap into our talent pool.

The big guys were followed by smaller companies such GreenButton, Rhiza Labs and The Climate Corporation that also have opened offices locally. Meanwhile, our home-grown tech companies,

including F5 Networks, Amazon and others, also are hiring.

A new report out by the staffing agency Robert Half Technology puts it in perspective, saying that for the fourth quarter of 2011, the national average unemployment rate for software developers of application and system software was 4.4 percent. That’s well below the national jobless rate of 8.5 percent and Washington’s 8.7 percent unemployment rate.

Some tech positions are in really high demand. Here are some specific positions, with their estimated unemployment rates:

4）Triple Town builds its way to Android and iOS

Spry Fox’s popular “building puzzler,” a cult hit on Facebook (130,000 MAU and 30,000 DAU according to our traffic tracking service AppData) and Google+, has made its way to the iOS and Android mobile platforms.

Triple Town is a puzzle game that tasks players with creating a settlement on a 6×6 grid. This is achieved by matching groups of three objects together, with the last object turning into something “better.” Grass becomes bushes, bushes become trees, trees become houses and so on.

Besides careful management of the limited space available, players also have to contend with bears, which move around the board as objects are placed. Trapping a bear so it cannot move turns it into a gravestone, and creating three or more gravestones in a row creates a church.

Social features of the game include Game Center compatibility in the iOS version for both leaderboard and achievement support. We weren’t able to test the Android version at the time of writing to see what service, if any, it uses for leaderboard support. Leaderboards are completely separate from the Facebook and Google+ versions of the game, and it can also be played offline if players don’t have an Internet connection available — or if they don’t want to compete against that one friend who consistently scores considerably higher than them.

The game monetizes through sales of the in-game soft currency, used for purchasing specific pieces to complete matches. There is also a daily turn limit, meaning that players can only play a certain amount each day — though this can be removed through a one-time in-app purchase.

As with many popular independently-developed titles, the issue of “copycat” apps is rearing its ugly head, this time with 6waves Lolapps’ Yeti Town — a game with uncanny similarities to Triple Town, albeit with a winter-themed skin. The mobile release of Yeti Town preempted Triple Town’s portable version by about a month, and as such, many mobile gamers unfamiliar with the original social network version of Triple Town will incorrectly assume that 6waves Lolapps are the innovators. This is of considerable concern to David Edery, CEO of Spry Fox.

“We’re hoping that our fans will support us, go and download [Triple Town] and give us good reviews,” said Edery in our interview with him last week. “I think everyone realizes that Triple Town was the innovator here. I also think this is an issue for people in the industry.  Innovation in the social games platform is something that’s relatively rare and its threatened by activities like this. At the end of the day we’re going to keep plugging away and keep making games, but every time someone comes in with something that’s very similar it obviously makes it very difficult because they’re eating into our market and decreasing the profits from our successful titles. All we can do is reach out to the community and ask them to help us if they want us to keep doing what we’re doing.”（source:insidemobileapps）

5）Booyah reinvents itself and the pets genre with Pet Town

Booyah, the maker of real-world social and mobile games, announced its newest game today, Pet Town. It is another step in the company’s reinvention of itself.

San Francisco-based Booyah was founded in 2008 with early money for mobile games from Kleiner Perkins Caufield & Byers. It saw its My Town franchise soar into the stratosphere in popularity, only to see it stall. Under a new chief executive, the company is now releasing a new slate of games that it says have put the company back on the growth path.

The Pet Town game is now available in the Apple App Store and it is part of the company’s goal of being the category leader in real-world entertainment.

In the game, players create the ultimate destination for an array of pets and make their dreams come true. It comes city-building gameplay with influences from simulation and role-playing game classics like Animal Crossing. The game asks, “What if pets were real, with dreams just like ours, and there were no zoos?” It lets you build a personalized community filled with lots of pets. You can help your pets make friends, open a business, and go on vacations in the real world.

“It’s exciting to see our creative teams deliver such a unique and innovative take on this popular style of play,” said Jason Willig, chief executive of Booyah. He replaced founding CEO Keith Lee back in October. In the last five months, the company has released three new products.

In future updates, the pets will cross the boundaries of their world and show up in real-world locations. The company did a soft launch in Canada to get critical feedback on the game.

Booyah also released a major update to My Town 2, which was released in October as a location-based app akin to Monopoly, only set in the real world. MyTown 2 has been played by more than 3.5 million people, and the new update allows for features such as social gifting and citizen interactions as well as Facebook Connect support. The game is the No. 1 city-building game on the App Store. MyTown 2 players have created more than 2.4 million unique real world businesses in 130,000 cities across 43 countries. In a typical month, there are 75 million user sessions and 1.2 billion real-world business interactions.

Besides Kleiner Perkins, Booyah’s investors include Accel Partners and DAG Ventures. Booyah has raised about $29.5 million to date and has about 50 employees.

The company’s recent hits have been played by 10 million people. Early Bird, released in late August, has been installed 6.3 million times. Willig said that the fourth quarter was probably the best financial quarter in the company’s history, with several million dollars in bookings. The company has opened a second development studio in Seattle and it now has four development teams working on an aggressive slate for the first quarter.（source:venturebeat）

by Ben Miller and Greg Lamm

Although Amazon.com loses money on every Kindle Fire tablet it sells, it generates $136 of additional revenue over the lifetime of the device, according to an analyst’s report.

RBC Capital analyst Ross Sandler opines that Kindle Fire owners purchase e-books and apps to generate the additional $136, and it expects Amazon could sell up to four million Kindle Fire units in the fourth quarter of this year.

The Wall Street Journal’s All Things D reports that Kindle Fire makes much of its post-sale revenue from the sale of e-books. According to Sandler, 80 percent of Kindle Fire owners have bought books. And nearly 60 percent of them bought more than three books in the first two months.

To compete with Apple’s iPad, Amazon has aggressively priced the red hot Kindle Fire. The $199 price tag is less than half of the $499 iPad price — and $50 less than it costs to develop each tablet, according to analysts.

Amazon CFO Thomas Szkutak said in October that Amazon was taking a long-term perspective. Instead of focusing on short-term profits from Kindle Fire, the company is looking at the Kindle’s “lifetime value” as a platform to sell customers books, videos and magazine subscriptions, as well to make money from Amazon Special Offers, which come bundled with ads.

It’s time to start placing your bets on how many iPads Apple will sell in 2012. Sterne Agee analyst Shaw Wu is starting things off with an estimate of 48 million, he told AllThingsD’s John Paczkowski Wednesday morning. Wu says that number could end up being “conservative,” and I agree.

Here’s why Wu says he thinks the iPad will continue to be a hot-seller in 2012:

We believe this significant refresh will likely help drive higher iPad sales and help further differentiate from arguably the only real competitor in the market, Amazon’s Kindle Fire, and not to mention the myriad of Android offerings out there. We are currently modeling 48 million iPad shipments for calendar 2012.

DisplaySearch has already said it estimates 48 million iPad display panels were shipped in 2011. Now, display shipments doesn’t necessarily equal iPad shipments (owing to repairs, replacements, defective stock, etc.) but Apple’s own reported numbers put its iPad sales for its financial year in 2011 at around 32.4 million. An increase of 16 million would certainly be in line with the iPad’s sales growth between 2010, when it sold 14.8 million worldwide, and 2011, but if Apple’s quarterly sales continue to gain steam the way they did in 2011, we could indeed see much bigger increases, especially if the iPad 2 remains available as a low-cost option.（source:gigaom）