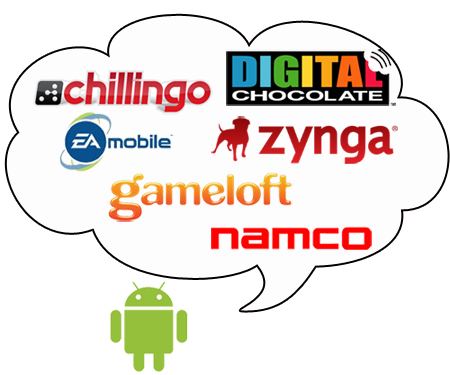 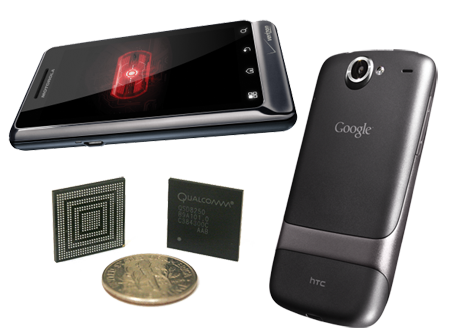 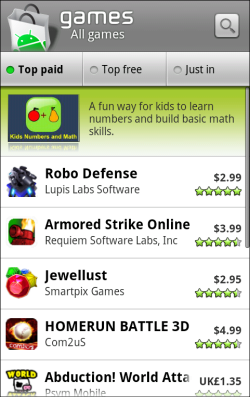 The launch of the new Game Center  for iOS is great news for iPhone, iPad and iPod touch owners. However, it will leave many despondent Android users wondering when they’re going get some decent gaming action.

Apple’s Game Center will allow gamers to connect with other players around the world and experience the wonders of all the great iOS games together. Likewise, the Windows Phone 7 platform will soon launch with Xbox Live integration, making the OS a mouth-watering proposition for gaming fans and developers alike.

Android’s games offering has, thus far, been pretty feeble. Shunned by the big game developers for various reasons, the Android Market lacks the sparkling array of quality titles that lights up the App Store. Sure, there are heaps of games available for Android, but only if you’re into tired genres like Robo Defense, Whack-a-mole, Reversi, and Minesweeper.

According to an mPlayit report, just 17% of Android users bother to search for games  on their phones. Compare this with the 64% of iOS users who browse for games, and it’s obvious that Android just isn’t flicking gamers’ switches.

However, in spite all of this, there is definitely hope for gaming on Android. In fact, I’m almost willing to stake my professional reputation by claiming that Android will eventually overtake iOS as the number one mobile gaming platform.

Please note my use of the word ‘almost’ here, because there are a lot of things that need to fall into place for this to happen, and I don’t know what’s going on inside the mind of Mr Google.

This is what Android needs to do if it wants to break the mobile gaming market:
Get more big developers on boardSlowly but surely, the larger mobile game developers, who have been so prolific in the App Store, are showing show an interest in Android.

Maybe this is down to Google’s rather desperate tactic of bribing would-be developers with free Nexus One phones at this year’s Games Developers Conference. Or it could be the fact that Android is now the most popular smartphone OS in the US and is shipping more than 200,000 handsets per day worldwide. Yeah, that’ll be it.

Mobile gaming behemoth Gameloft recently released 11 of its top titles for Android, including the popular Assassin’s Creed, Real Soccer and Let’s Golf. Gameloft also took the step of releasing demo versions of all of these games, something that’s been crucially lacking from major Android games in the past.

Although it hasn’t released many of its titles yet, EA appears to be keen to cosy up with Android, too. Matt Everett, EA Mobile Community Manager, said on the EA Mobile forum:

While I am unable to give direct details on products, just know EA has not forgotten the Android market and we have some exciting products in the making.

There are plenty more examples of big names hitting the Android platform, including burgeoning offerings from Digital Chocolate, Namco and Glu Mobile, and notably the release last week of Chillingo’s preposterously popular Angry Birds, which should see more than a few installations on Google’s mobile platform.

Another development worth a mention is Google’s investment in Zynga, developer of popular Facebook games such as Farmville and Mafia Wars. If Android can tap into the rich experience Zynga has in the social gaming realm, it could give the platform an edge over iOS.

As I mentioned at the top of the article iOS and Windows Phone 7 have both fashioned very promising gaming community hubs where players can go to connect with others, access special deals and compete online. Android needs to develop something like this pretty quickly.

Droid Gamers suggests that a Game Center-style feature could be on the way to Android. Its posts highlights a currently-disabled feature within Google’s App Inventor called Game Client, which will allow applications to communicate with online game servers. Granted, this isn’t much to go on, but a gaming hub must surely be in the pipeline from Google given the buzz around Apple’s Game Center.

Even if Google delays adding a proprietary games center to Android, third parties could weigh in and help do the job for them. Aurora Feint is launching a version of its popular OpenFeint mobile platform for Android devices. Dubbed PlayTime, the development kit will allow developers to easily create games that can be played across iPhones and Android phones in real time.

Even more interesting is Sony Ericsson’s planned gaming platform for Android 3.0, which would see some PlayStation and PSP titles become available. According to Engadget, Sony is already touting titles such as God of War, Call of Duty: Modern Warfare and Little Big Planet for the portal, which will run on Sony Ericsson’s forthcoming PSP Go-style Android device – and possibly other devices that meet the spec requirements.

Game developers have traditionally been turned off the Android platform by the SDK’s shortcomings. One of the big problems for those wanting to port their iPhone games to Android was the lack of multi-touch support in the Google OS. Although many handsets supported multi-touch, it was absent from the OS itself.

Android apps traditionally needed to be built in Java then compiled to native code, using the Dalvik VM, in order to run. Google has recently fixed this with the addition of its Just In Time compiler, however.

Another boon for developers was the release of the Android NDK Revision 3 earlier this year. This developer kit brought new controls to developers over the way graphics are handled, and finally allowed them to build games in native code, rather than compiling Java.

Google still has a long way to go in terms of its developer tools, and many programmers still have a problem with the NDK. Games developer Jason Spitkosi complains on rgbFilter that building games with the NDK can bring on headaches, due to its overwhelming reliance on config files and directory structuring. He says in his post:

I can with 100% certainty say the reason why there are so few good games for Android is because it is nearly impossible to program good games without losing your sanity.

It’s not all doom and gloom though, and third-party solutions from companies such as Ideaworks, are now making it easier for developers to port their games to Android from other mobile platforms.

What Google also needs to do is to get a grip on its OS update policy. Having so many iterations of Android running on so many different devices is a major turn-off for developers, who would at least like to see a roadmap of where the company is going with Android.
Push Android onto more powerful devicesHardware issues are another obstacle to big game development on Android. Up to now, most handsets have had only a slither of internal memory compared to the iOS devices. Where Android phones have between 256Mb and 1Gb of space, iPhones can go all the way up to 32Gb.

Originally, Android wasn’t able to run games off of expandable SD memory cards. This meant that those big, in-depth iPhone titles (some of which can weigh up to 300Mb) weren’t practical for Android gamers (thus, they didn’t get made). Thankfully, the release of Android 2.2 has partly rectified this, allowing users to store apps on SD cards, although they will continue to be installed on internal memory.

In terms of hardware specs, things have improved a lot in a short space of time. The Qualcomm chipset included in the first Android device, the G1, was clocked at just 528Mhz, meaning it labored with resource-hungry games.

The subsequent release of units such as the Motorola Droid, which has a similar spec to the iPhone 3GS; and the Nexus One, with its 1GHz Snapdragon CPU, has meant that big budget games are more viable for Android.

In fact, Imagination Technology, the makers of the PowerVR GPU chip in the Droid says that we will have “graphics comparable to the PlayStation 3 in three years”. Take a look at this video for an impressive demo of 3D gaming using PowerVR’s new chips.

As you’ve probably realized if you’ve been paying attention, there are still more problems than there are solutions for Google if it wants Android is to become the ultimate mobile gaming platform.

I guess the question is, does it want it to be? Given the amount of revenue games generate for Apple, it would be foolish not to aspire to wrestle developers’ and ultimately gamers’ attentions away from the App Store and into the Android Market. The potential is certainly there for Android phones to become the most popular gaming devices on the planet.

In the meantime, here is a selection of some of the best of the current crop of Android games to keep you going.（source：onsoftware/techweb）