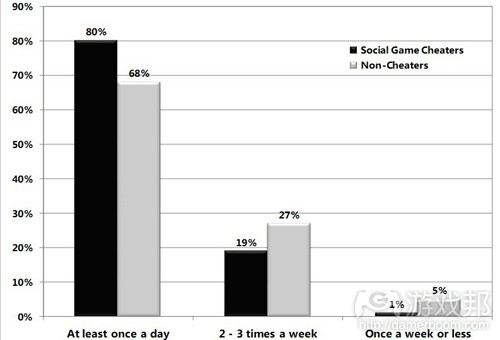 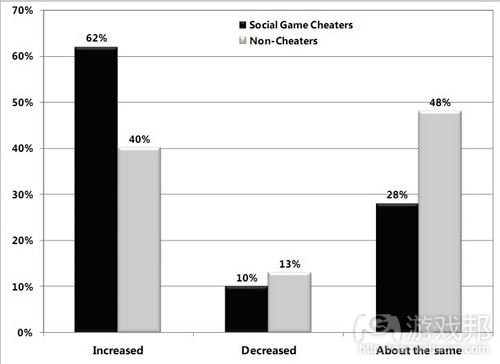 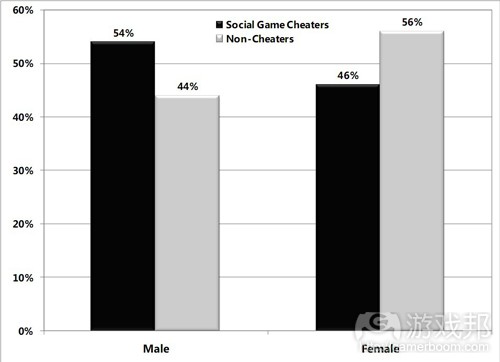 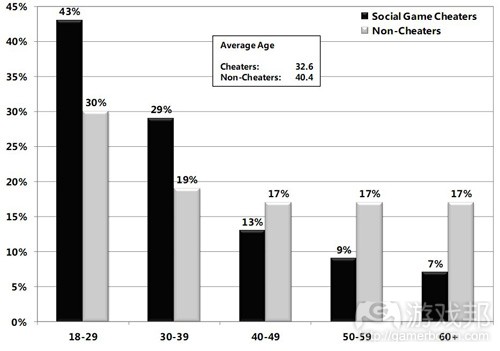 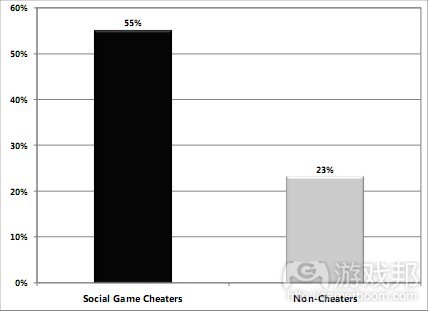 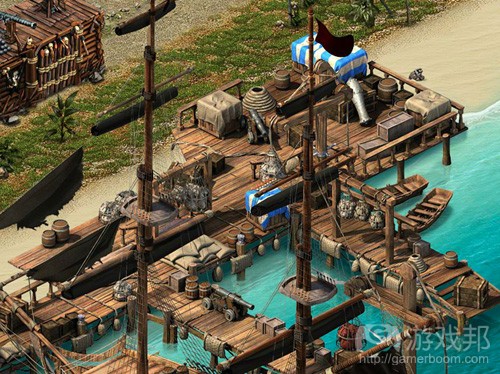 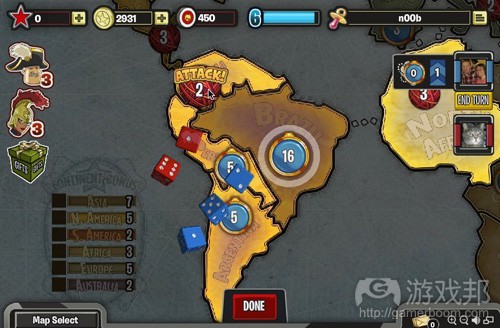 1）Half of social game cheaters cheat in real life too, says study

A new study from PopCap Games finds that those who cheat while playing social games are nearly 3.5 times more likely to be dishonest in the real world than non-cheaters, with offenses ranging from cheating on taxes to illegally parking in handicapped spaces.

PopCap Games, along with Information Solutions Group, surveyed more than 1,200 adult consumers across the U.S. and the UK, and found that 48 percent of players who admit to using a hack, bot, or cheat in a social game also admit to cheating in some way in real life — for non-cheaters, that number drops to just 14 percent.

PopCap revealed that among those who admit to cheating in social games, 53 percent admit to cheating on tests at school, 51 percent report illegally parking in handicapped spaces, and 49 percent claimed to have cheated within a committed relationship.

In addition, 58 percent of social game cheaters in the UK admitted to cheating on their taxes, compared to just 33 percent for U.S. cheaters.

The report also said that 118 million people play social games regularly across the U.S. and the UK, and 7 percent of U.S. players admitted to cheating while playing these games, while 11 percent admit to doing so in the UK.

“It’s not surprising that online cheating parallels real-world cheating, even if people are just experimenting with the possibilities,” said Dr. Mia Consalvo of Concordia University. “With more of our daily systems and processes moving online, and being divorced from human contact (downloading music, filing taxes online) the risks either appear to be lesser, or they don’t feel like crimes.”（source:gamasutra）

However, no other Glu Mobile games have been announced for release on Mobage. Gun Bros is a full 3D shoot ‘em up game known best recently for its particularly pricey in-game transaction items. The game is available for iPhone and iPad, along with Android devices and Facebook. However, the game will only be available through Mobage on Android. Why?

Well, Mobage isn’t available anywhere else in the U.S. at the moment, though DeNA and ngmoco promise that a version for iPhone and iPad is coming soon. What deals like this show is that DeNA looks to bring more games to its Western version of Mobage that are more relevant or recognizable to its audience.

And ngmoco has made quite a bit of headway in that regard, reeling in mobile hits like Pocket God, Tiny Tower, MapleStory and more for Mobage in recent months. iPhone availability or not, DeNA and ngmoco are strides ahead of Japanese competitor GREE and OpenFeint, which have yet to release their Western mobile social game network. And what about Apple’s Game Center? Anyone else starting to feel claustrophobic?（source:games）

3）Google+ gets another timed exclusive with Plarium’s Pirates: Tides of Fortune

Google+ continues to expand its lineup of social games, today unveiling Pirates: Tides of Fortune, a swashbuckling strategy game that will be exclusive to Google+ for the next 30 days.

Pirates: Tides of Fortune was developed by Plarium, an Israeli developer that focuses mainly on social networks like Vkontke, Odnoklassniki and Mail.ru where it has more than 12 million monthly active users according the company’s business development manager Leonard Frankel. Plarium connected with Google during Google’s annual Developer Days conference in Tel Aviv and realized Google+ was a perfect springboard to the western market.

“Google+ is a great network for reaching these audiences,” explains Frankel. “The feel of the platform complements the fun experience Plarium offers in its games and they were a natural partner for us in this path.”

Working with Google+ was also hands-on according to Frankel, who praised the Google+ team for its support during the integration process. Frankel tells us that all games on Google+ are selectively screened, and new games are chosen for the social network after being reviewed by a Google+ team — which is what we’ve heard from other developers working with the platform team.

After the English version of Pirates: Tides of Fortune’s timed exclusivity period is over on Google+ Plarium will be bringing the game to Facebook and other local social networks in Europe and Asia.

While Inside Social Games did request information from Google about Google+’s usage and growth, a company spokesperson declined to share, stating it was too early in the social network’s lifespan release any specific metrics. In October Google announced at the Web 2.0 conference its social network had already reached 40 million users, but third party observers estimate the service now has at least 62 million users.

With the launch of Pirates: Tides of Fortune, Google+ now has 36 titles in its Games tab.（source:insidesocialgames）

Despite being named after a board game like EA’s Monopoly Millionaires, Risk: Factions actually has more in common with The Sims Social as it’s based on an existing video game franchise.

The original Risk: Factions is a downloadable title for Xbox Live and PlayStation Network where players choose one of several “factions” and play against other players or computer-controlled opponents in the classic turn-based strategy game of Risk, which has players attempting to take over an entire world map.

In making the jump to social, EA has adapted the title for speedier play and more engaging multiplayer. Aside from the usual social game “hooks,” such as harvesting resources or matching games for bonus items, the developer has also added features and factions to create what amounts to an entirely new game experience under the same franchise. EA Producer and Risk: Factions designer Spencer Brooks walks us through what’s different and how the game’s older social siblings influenced development.（source:insidesocialgames）

“As it turned out, it wasn’t really a good fit at the time, and [I] decided to move forward. Since then, the VP role there has been like the drummer in Spinal Tap,” Kixeye’s new SVP of Marketing Brandon Barber (pictured … yes, really) says as to why he left Zynga as its first marketing VP to co-found Lionside. The latter was recently gobbled up by mobile game maker ngmoco, which left Barber open to new opportunities.

Just a few months ago, Barber joined Backyard Monsters creator Kixeye to head its marketing division, impressed by how well the developer is “trying to crack the same nut” as Lionside was: a brand new category of social game. “One of the great things, and smart things, that Kixeye did pretty much from the get-go is say, ‘Look, we’re going to make games for gamers, games that we want to play and we’re not gonna get bogged down by the social plumbing that has become kind of de riguer in the space,’” Barber tells us.

And Kixeye has done just that. All of the San Francisco-based studio’s social games feature real-time combat (mostly through asynchronous interaction) and a focus on war strategy. The company’s games appeal to almost 99 percent males, and Barber tells us that while most social games can grip a player for eight to 10 weeks, Kixeye’s games can hook players for as long as 10 months. And his job at the company is to make sure those gamers stay there through–what else?–brand building.

“The Kixeye brand to me is much more than a logo, it really is an umbrella for the entire organization,” Barber says. “I think marketing serves as the bridge between the games teams and the analytics teams. Getting the word out and starting to communicate what Kixeye is about is a really critical function at this point.”

However, Kixeye takes an incredibly methodical approach in attracting new players, which Barber says is exactly why we’ve yet to see massive amounts of players logging into Kixeye games daily. According to AppData, the developer currently serves 936,000 daily players and 3.7 million monthly players, numbers that have remained relatively steady for some time. And while Barber expects Kixeye to grow (the developer expects to launch four more games this year), he likes it just where it is.

“Ultimately, I think that was a smart decision, because the games are absolutely resonating with the sorts of gamers that you want,” Barber tells us. “People who are going to spend two or three times longer periods of time than most social games see and spend exponentially more money.” Sure, but Kixeye is making games for type of gamers its team members are: “hardcore” gamers. But don’t call Kixeye’s games that. And if you ask Barber, Kixeye’s not even a “social gaming company.”

“We don’t necessarily think of the games as ‘hardcore’. They’re games that we want to play,” Barber gushes to us. “We spend a lot of our entertainment hours, whenever they become available, playing games. We don’t even really see ourselves as a social gaming company. We see ourselves as a game developer, like any other. Our games just happen to be on Facebook at the moment, because Facebook is still the only platform that has meaningful growth on it.”（source:games）