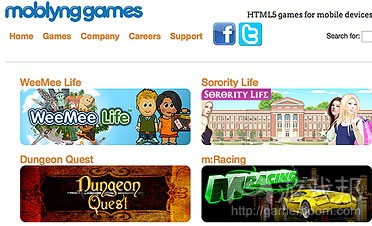 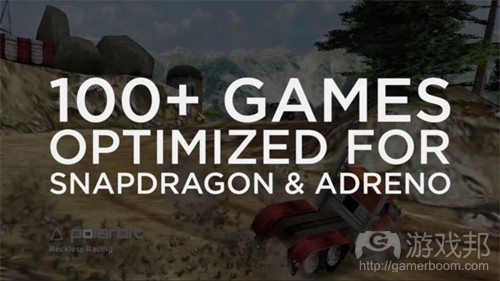 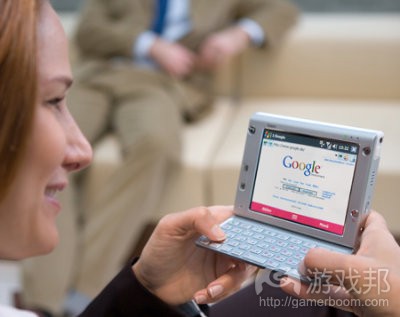 1）Social game companies raised $807 million in 2011 – Social games raised a record $807 million in funding last year according to VentureBeat. More than half of that figure was the $490 million Zynga received in February from Morgan Stanley, T. Rowe Price and others. According to VentureBeat’s summary, the biggest social game funding rounds of the year were:

2）Wooga plans to expand cross-platform offerings – Wooga co-founder Jens Begemann has told Reuters his company will focus on releasing more cross-platform games in 2012. Wooga’s gem-matching Facebook game, Diamond Dash, has gained more than 1 million MAU and 800,00 DAU since the game debuted on iOS, according to AppData.（source:insidesocialgames）

3）Google+ Continuing to Grow – Experian Hitwise is reporting that Google+ received 49 million unique visits in the U.S. in December, the social network’s biggest month ever for traffic.（source:insidesocialgames）

Moblyng was ahead of its time in making cross-platform HTML5 games for mobile devices. Too far ahead, it seems, as the company has shut down, VentureBeat has learned.

Just a year ago, the company said in a filing it had raised about $7.5 million of a $10.9 million round, but it was simply a follow-on funding to its previous round. Stewart Putney

(pictured right), believed that HTML5 games were going to become predominant on mobile devices in the future. The benefit was that developers could create games once and have them run on a wide variety of devices as well as on social networks and the web. For users, such games meant that they could play a game on one device and challenge another player playing the same game on another platform.

But Putney confirmed in an email that the company has shut down and the staff of 20 employees has been laid off.

“We did not monetize enough to stay in business,” said Putney.

Redwood City, Calif.-based Moblyng was founded as FlipTrack in 2007, porting Flash slide shows to mobile operating systems. But it changed its plan to help developers quickly port their mobile games to other operating systems. Then it focused on making HTML5 games on social networking sites and mobile devices.

HTML5 is seen as a large competitor for Flash, which most casual games are built on. Most websites that host videos also use Flash to play them. But Flash is lacking on some mobile devices — most notably the iPhone and iPad — while HTML5 is available in most mobile browsers.

HTML5 is viewed as the lingua franca of the web, a protocol for creating software that can run on web sites, mobile phones, and social networks. But in games, HTML5 has had mixed results, since many games in HTML5 run slow.

Moblyng had alliances with Playdom and Lolapps, but it had more success creating its own games that could run in a cross-platform manner, where a player could log into a game on Facebook and play against someone on a mobile phone or the web. The company’s site says it has more than 10 million downloads.

Putney said the games have gotten traction, but too late. The company launched its HTML5 games on the Facebook HTML5 mobile platform in mid-October, but the audience started growing in December when time and cash had run out.

“I am very proud of the work we did, the HTML5 games are still live and we have a growing base of active users,” Putney said. “I remain very confident HTML5 will be a great platform for social games and media, it is simply a question of when. We just unleashed a group of kick-ass HTML5-focused professionals into the market, so my hope is they will help the HTML5 ecosystem develop that much faster.”

Moblyng’s investors include Mohr Davidow Ventures and Deep Fork Capital. The company also received another $500,000 from unnamed angels. A variety of other HTML5 game makers out there, such as Game Closure and Sibblingz, which have also created tools for building cross-platform HTML5 games.（source:venturebeat）

5）iOS devices did the most web browsing in 2011- According to figures from NetMarketShare, iOS devices were responsible for the majority of mobile web browsing last year, accounting for an average of 52.5 percent of all traffic.（source:insidemobileapps）

Snapdragon Game Command app to debut on the Android Market at CES next week.

The app showcases the titles that run best on a Qualcomm Snapdragon processor and displays feeds from gaming websites. Its closest precedent is Nvidia’s Tegra Zone application.

Uses can choose from over 100 titles from the Snapdragon Game Pack such as Fight Game Heroes, Bunny Meze 3D, Desert Winds and others. They can be bought from within the app.

Game Pack was unveiled last summer  to show off the best of the Snapdragon-based mobile devices – especially the graphics capability of the embedded Adreno GPUs.

Ruining it for the rest of us with their streaming and voice searching.

A new report from Arieso looked at usage patterns of at least 1,000 phones, and says these ‘extreme’ users are becoming even more extreme, and that they will make the data crunch that so worries operators even worse in 2012.

The study found that just one per rcent of subscribers consume half of all downloaded data, and three per cent  80 per cent of all data, according to Flanagan.

The escalation in smartphone sophistication is driving up the consumption of data to dramatic new levels. It says iPhone 4S users demand three times as much data as iPhone 3G users and twice as much as iPhone 4 users, thanks to data hungry features such as Siri and iCloud.

It’s all a bit of a nightmare for the operators. Arieso’s CTO Michael Flanagan reckons they need to make better use of smaller base stations and bring them closer to users.

He said: “Without adequately preparing networks to support the new generation of smart devices, operators risk spiralling and misplaced operational expenditure and delivering a sub-par quality of experience to customers. It’s critical that operators redouble their efforts to limit the impact of this inevitable squeeze.”

Last month Cisco predicted that mobile data use will grow 21-fold by 2015, with Britons set to consumer more than 4GB per month.（source:mobile-ent）

8）Phone shipment growth to slow to two per cent

Unsurprisingly, it suggests a bright spot in a sluggish year will be the smartphone space, with sales on track to reach one billion by 2015 and eventually account for nearly 80 per cent of handset industry revenue.

Credit Suisse has given projections on specific handset makers and is very positive about Nokia.

Analyst Kulbinder Garcha, who apparently has an excellent track record in predictions, raised his price target to €6 from €4 on Nokia, saying, “Nokia’s focus on Windows will allow the company to drive a recovery through 2012 in both its top-line and earnings.”

He believes Nokia can reach a 13 per cent market share, based on conversations with numerous operators.（source:mobile-ent）

The growth of Windows Phone Marketplace continues to serve as the platform’s one shining success, with news Microsoft has added support for six new territories coming as the store’s app roster flies past the 50,000 mark.

As revealed on the official Windows Phone developer blog, studios working on Microsoft’s OS will soon be able to sell their titles in China, Indonesia, Malaysia, the Philippines, Argentina and Peru.

Owing to local restrictions, however, developers looking to target the first three markets will be forced to adhere to regional requirements as detailed by App Hub, such as censoring supposedly sexual content or references to alcohol and “bathroom humour”.

“Given the Marketplace is not yet available for customers in these markets and the addition of new requirements, we’re opening the submission process early to give those of you interested in distribution to these markets a head start on certification,” said Windows Phone Marketplace senior director Todd Brix on the blog.

“Also included in this release are a number of minor enhancements and bug fixes, including improvements that will streamline the payout process and enhance reporting to provide data like crash counts and exceptions to assist in improving your apps.

“These are a result of your feedback and we’ll continue to provide other improvements in each release.”

Microsoft will be hoping the addition of smartphone hungry territories such as China, with Windows Phone Marketplace having amassed its last 10,000 apps in under two months.（source:pocketgamer）