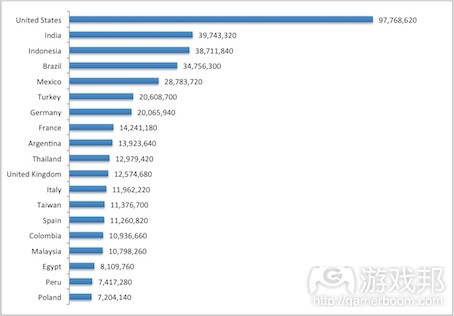 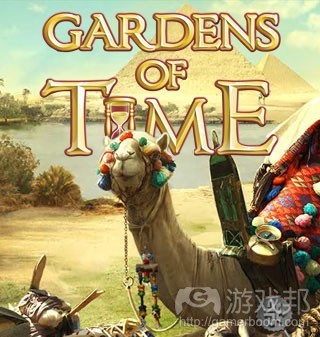 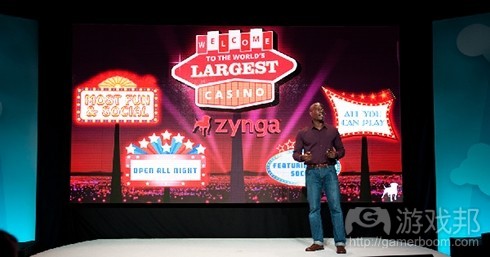 But that growth rate has been tapering off, according to data from Optim.al (mind you, we noted a slowdown a year ago).

•The social network’s growth pace has slowed, from seven per second from April through November 2009, to 6.96 from November 2009 through July 2010.

•Facebook added more than 97 million users in the U.S. during the 1,001-day period, but in the past 90 days, just four percent of new users have come from the country.

•The U.S. accounts for 19.7 percent of the total Facebook user base.

•Brazil saw huge growth, added 34.8 million users during the period, or 1,447 per hour, with the past 90 days seeing growth of 3,343 per hour, or .93 per second. The country accounted for 19 percent of new users over the past three months, despite making up only 4.4 percent of the social network’s user base.

•Growth is also soaring in India, with nearly five million new accounts over the past 90 days, or 2,304 per hour and 0.64 per second.

•India accounted for 13 percent of new Facebook users during the past three months, while representing just 3.4 percent of the overall user count.

One reason for the growth slowdown may simply be saturation: Most Internet users who are likely to be Facebook users already have accounts, so growth is restricted to new Internet users and a few hold-outs.（source:allfacebook）

Sega has closed down one of the most ambitious mobile social games in Japan, Shenmue City (Shenmue Gai), on Mobage. The game’s developer, Ysnet, actually posted a two-liner thanking players on December 26 on the official homepage of the title.

Shenmue City was launched amid much fanfare at the beginning of last year.

I was wondering why Sega never released a smartphone version of the game, but now it’s clear it simply didn’t have enough players (Shenmue City almost never appeared in the Mobage top 20 games ranking over the last few months).（source:serkantoto）

Were you as surprised as we were when Facebook dubbed Playdom’s Gardens of Time the “most popular Facebook game of 2011?” As it turns out, we certainly weren’t the only ones, as TechCrunch plainly called the social network out on its methodology (which we, too, questioned). Facebook almost immediately added a disclaimer describing how it arrived at the list in detail.

“This list was compiled by looking at the top games on Facebook with more than 100,000 monthly active users and giving priority to those games with the highest user satisfaction scores,” the addendum reads on the Facebook blog. “The result is a list of the games that received the most user recommendations in 2011.”

But EDGE reports that Facebook has recently renamed its list entirely from the “Most Popular Games in 2011″ to the “Top Recommended Games of 2011.” While this reflects Facebook’s methodology much more accurately, it’s interesting to see the company backtrack after such a heated response. For one, it speaks volumes to how seriously end-of-year lists are taken.

However, it also speaks to Facebook’s motivations for creating its end-of-year list this way. Rather than simply highlight the games with the most monthly or daily players, the company took this chance to highlight its own recommendation features as a tool for viral game growth and discovery. More importantly, this was a golden opportunity for Facebook to deter popular opinions of Zynga domination on the platform, and to promote diversity among developers. If only it were upfront about that from the start.（source:games）

Now that the lot of social and casual games makers are bound to hop on the imminent online gambling bandwagon in the U.S., it was safe to assume that Zynga would be in on the action. Apparently, that’s not so, according to what nameless sources close to the multi-billion-dollar game maker told Business Insider. One source told the website that Zynga hasn’t even tried to make online gambling games in countries where laws are less strict.

A source told Business Insider that Zynga doesn’t want to “screw up that community,” likely referring to the existing online gambling circles of foreign countries. “You might not want to take money from your friends or your mother on Facebook,” the anonymous source said. “But at the same time, the people you play with don’t have to be your Facebook friends.”

Of course, another nameless source agreed that games in which players wager real money would be a huge opportunity for the company. That’s especially considering Zynga already has Zynga Poker and plans to release a Zynga Casino suite of games including Zynga Bingo. In short, the company already has the infrastructure to create such a game or multiple games to support online gambling.

According to an anonymous source talking to Business Insider, there have been talks of making such a game within Zynga HQ, but none are planned for the foreseeable future. And, if you ask us, a number of companies already in that space are likely more than willing to partake, like Caesars, DoubleDown Interactive and more. If Zynga comes around to changing its mind, it better do it quick, before the goldmine it’s sitting on gets stripped.（source:games）

Though the last seven days were slow for many games, our top five fastest-growing Facebook games on this week’s list managed to break 300,000 monthly active users gained during the holiday season.

Zynga’s Words With Friends and FarmVille take the top spots, which doesn’t comer as much of a surprise with the former still enjoying a growth spurt and the latter being an old favorite that can potentially draw in many lapsed players with holiday promotions. Tetris Battle holds steady at No.3, also enjoying significant gains in growth as developer Tetris Online Inc. begins to scale the game even beyond what it’s achieved through organic growth. At No.4 is wooga’s Magic Land, which continues to attract new players with updated features that distinguish the game from similar town-building role-playing games. Lastly is strategy combat title Men vs. Women.（source:insidesocialgames）