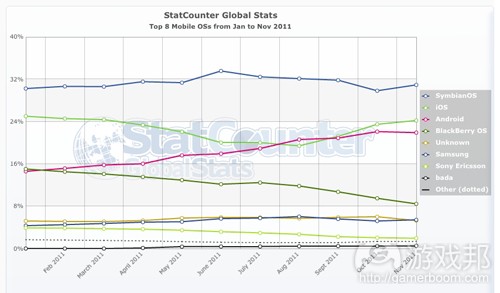 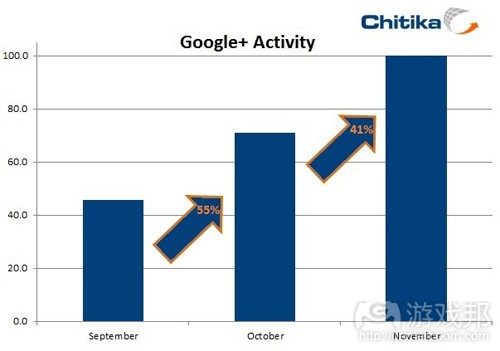 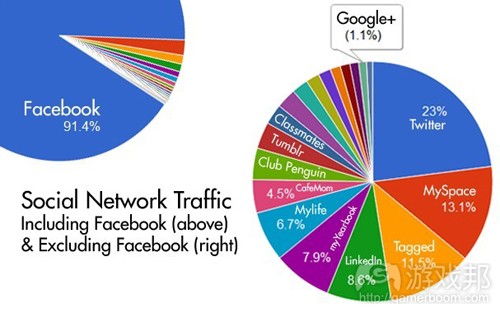 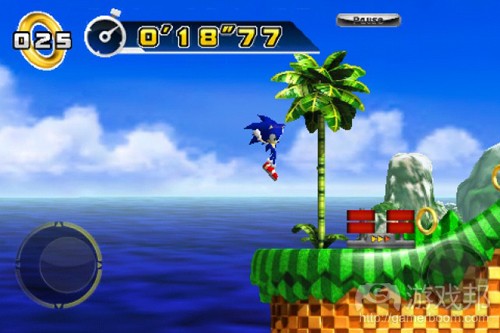 Sonic The Hedgehog 4(from appadvice.com) 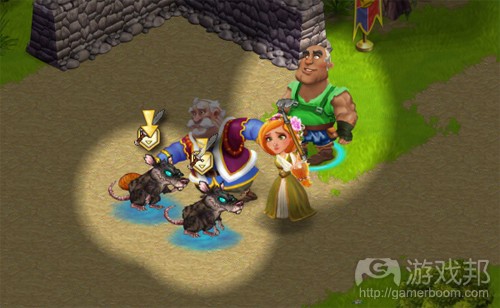 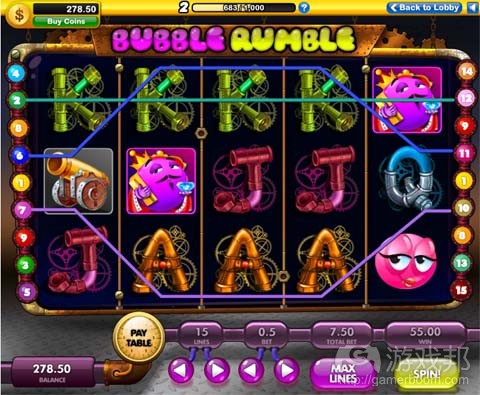 1）Symbian OS still on top, according to StatCounter

Thanks to a reminder from WebProNews, it’s instructive to look again at the smartphone world via StatCounter, a pro service embedded on many web sites which tracks the browser and OS used to access them. And, reflecting the still enormous installed base of Symbian-powered smartphones across the world, Symbian still (for web access, at least) still dominates the world, at 31%. The full graph is below, along with some comments.

The counter-intuitive nature of the chart, i.e. that Symbian still dominates despite Android and iOS activations reportedly running very high through 2011, is explained by the difference between sales marketshare and installed base ‘share’. Earlier this year, actual sales of Android-powered smartphones per quarter overtook Symbian. But the 300 million or so active Symbian users across the world – regardless of whether they’re using a three year old Nokia 5800 or even an older N95 – is a statistic that can’t be ignored for actual use. You may remember that I’ve talked before about not underestimating the inertia behind Symbian’s installed base – the numbers boggle the mind.

Added to the huge installed base of Symbian smartphones is the factor of the rise and rise of affordable data, even on pay as you go SIM cards, across the world. In other words, just about everyone is now getting online. In StatCounter’s eyes, web access is web access.（source:allaboutsymbian）

Google+ has seen a steady surge of new signups and user activity over the final quarter of 2011.

While more than a few doubters have wondered whether, after several failures, Google can succeed in the fickle world of social networks, new reports from analytics firm Chitika show the service has as many as 62 million users.

However, both traffic to Google+ pages and users’ perceptions of activity on the service began to level off. A couple months after its launch, some of G+’s most ardent advocates were complaining that it was a ghost town and a graveyard.

A September study showed a 40 percent drop in public posting on Google+. Then, a widely circulated study published in October stated that visits to the service peaked quickly then dropped by 60 percent.

But one major strategic move has helped Google achieve steady growth: Google+ has been slowly integrated with other Google mobile and web applications, starting with Google Reader’s integration back in October. Now, you’ll find G+ features in Gmail, Google Apps, Blogger and more.

As the social tools and connections become more ubiquitous throughout Google’s sizable slice of the web, Google+’s statistics are climbing.

According to Chitika’s data, Google+ had a 118 percent increase in overall activity between September 2011 and November 2011. The service’s most significant growth happened between September and October, when Google+ grew 55 percent.

“When we look at engagement, we look at how often those users are coming back to Google, and they’re coming back all the time — for search, to look at maps, to read email,” said Google executive Bradley Horowitz in a recent exclusive interview with VentureBeat.

“Our engagement is extremely high, and this isn’t rhetoric. This is going to manifest in the products themselves.”

Still, Google+ has a long way to go to catch up with Facebook or even Twitter. Stats from the summer show G+ low in the rankings of social media traffic, with Facebook claiming around 90 percent of the pie.（source:venturebeat）

First announced on Sega’s official forum before Christmas, the publisher has released a few more details about Sonic the Hedgehog 4 Episode II.

For one thing, it’s not coming out on 29 December, as that was yesterday. We assume that confusion came because that was the date the game was properly announced.

As for the actual release date, Sega is merely saying 2012, but obviously we’re assuming earlier rather than later.

Indeed, Sega is keen to point out there will be a version optimised for Android devices using Nvidia’s Tegra chips, including an enhanced version for the most recent Tegra 3 quad-core architectures.

But, in terms of gameplay, it’s playing its cards tight, mentioning ‘all-new character animations’, ‘a completely reworked physics engine’, ‘expanded Sonic 4 storyline with new areas to speed through and new challenges to face’ – plus the rebirth of a villain and the return of a sidekick, as you can see in the following teaser trailer.（source:pocketgamer）

4）Zynga looks forward to 2012 with better feedback from users

Zynga has had a rocky road when it comes to player feedback across its mighty catalog of Facebook games. Sure, the vast majority of players enjoy games like FarmVille and Pioneer Trail, but what about those vocal users that have legitimate concerns about games and are more than willing to offer their feedback? Does Zynga actually listen to them? Perhaps. According to the Economic Times, Zynga’s Bill Jackson (creative director behind CastleVille) says that this particular game has undergone changes due to feedback from players.

“These are not games that we just play. These are games that we make with our players,” Jackson says, and he explained that the reduced rate of Beastie appearance has been made due to players stating that they appeared too often. Jackson goes on to say that “Once we [Zynga] launch the game, we are asking players the same thing: ‘how can we make it more fun for you?”

While changes in CastleVille are one thing, it does leave a few remaining questions in other games in the Zynga network, as users routinely complain of too many goals or catering orders in Cafe World or of loading and rollback issues in Pioneer Trail. Is this an issue of the company not listening to users, or are there simply not enough staff members on-hand to deal with these technical problems? Whatever the case, Jackson says that managing all of the feedback and information from players is a “challenge,” but that the company is preparing for a better 2012 by “creating a platform” (says the Economic Times) where players can play whenever they want. Could this be the Zynga Direct program revealed in October? If not, does this signal more games coming to more platforms (mobile, for instance)? And what does all of this have to do with actually changing games based on user responses?

It’s an interesting time to be a social gamer in the Zynga network, as games like Pioneer Trail are bleeding players (that one has lost half a million players in a month, according to AppData) and even the former staples like Mafia Wars seem to be struggling. Whether feedback is really focused on or not, 2012 will be an interesting year for Zynga, and for players as well.（source:games）

The Slotomania developer raised some eyebrows back in May when it was quietly announced that Caesars (via its Harrah’s casino brand) had purchased 51% of the company for up to $90 million. We couldn’t get the developer to comment for the record at the time, but this week’s report reveals that the partial acquisition contained a an option to acquire the balance of shares within two years — which Caesars has apparently taken advantage of just seven months later. Globes cites an unnamed source that puts the current value of Playtika shares slightly higher than what Caesars paid the first time.

Since that time, Playtika has kept Slotomania growing at a steady pace and recently released an iOS version. A Chinese language version of the game launched in April, but hasn’t seen as much traction. Playtika’s other game franchise, Farkle Pro, has been in steady decline since about October. According to our AppData traffic tracking service, the developer enjoys 5.8 million monthly active users and 1.68 million daily active users across all its Facebook apps.（source:insidesocialgames）