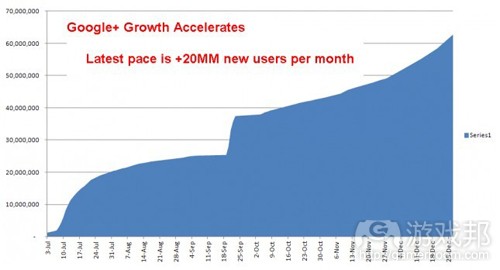 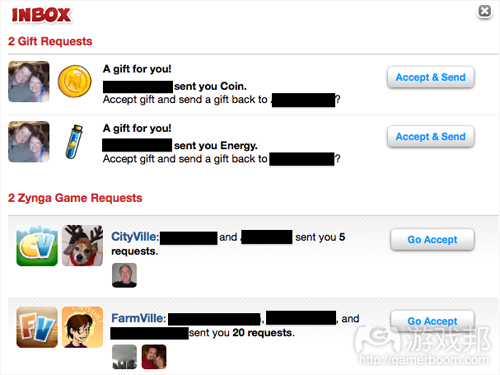 Google+ now has more than 62 million users, according to Paul Allen, Ancestry.com founder and unofficial traffic analyst for Google’s social network. That’s not 62 million active users, though — a point that everyone covering these numbers seems to have missed. It’s just the number of total users. And specifically, it’s the number of new surnames that Allen’s team has tracked being created on the service.

Because Google has aggressively integrated G+ into many other properties, including its top navigation bar and the OneBox, one would expect a certain baseline amount of sign-ups from among the hundreds of millions of people using other Google products.

The real question is how many people are returning after creating their accounts, which Allen doesn’t try to answer.

But there’s support out there for Allen’s latest numbers, from someone trying to answer the usage question. Last week, comScore told us that G+ had grown to 67 million monthly unique visitors in November, up 2 million from October. That’s significantly more than the 50 million total users that Allen reported at the end of the month.

The reason could be that the web measurement firm’s methodology includes sampling browsing habits from people who have monitoring software installed on their computers. It has been measuring traffic to plus.google.com, meaning it counts anyone who clicks through within a given month, but not G+ related traffic elsewhere. Thus, while it does show active usage, it is not measuring users, just visitors.

What can we take away from Allen’s new data, given the remaining question? Growth could be accelerating: more people are signing up now than in previous months, with nearly a quarter of the total user base in December alone, and around 625,000 new users per day at this point. One assumes that at least some of that acceleration is due to engagement (people using the service and inviting new friends to join, who then also start using it regularly. Coupled with comScore’s numbers and you can guess that the site is growing both in total size and engagement.

Allen’s big conclusion, based on the most recent growth increases, is that the service could reach 400 million users by the end of 2012. If that turns out to be the case, I’m sure active usage will also be increasing. But the question remains the same: how many G+ users stay active?

Next up in the G+ traffic saga: product head Bradley Horowitz has promised new numbers that are going to shock everybody. Let’s hope they includes monthly active user counts and not raw sign-up totals like the 40 million number Google previously released in September.（source:techcrunch）

Zynga is experimenting with a new type of cross-promotion that uses in-game mailbox messages to redirect users to other Zynga games where they have pending notifications or requests.

As seen in CastleVille, the new feature generates inbox messages for other game requests under a heading called Zynga Game Requests. The inbox message clearly indicates that it’s for a game other than the one the user is currently playing through a logo and the name of the game in bold text. Additionally, the button that allows users to interact with the message reads, “Go Accept,” indicating to the user that they will leave the game they are currently viewing to go into another game.

Note that the inbox automatically appears in most games right as the user enters the game. It can also be accessed from a menu bar somewhere on the canvas page.

It’ll be interesting to see how users react to the cross-promotion as many probably click buttons on inbox notifications and requests without reading the text. In games where an inbox item is cleared from the list as soon as the user interacts with it — like in CastleVille — users are probably even less likely to understand that they’re being taken out of the game they came to play and led to a different game.（source:insidesocialgames）

DeNA announced that its subsdiary DeNA China has linked the local version of Mobage with Chinese social network Kaixin001: from now on, users of the Facebook clone can access Mobage China with their existing IDs.

Mobile Kaixin001 users can now download the Mobage China Android app through the mobile version of the social network to start playing Mobage games right-away. DeNA says that this app now also features “share on Kaixin001″ and “back to Kaixin001” buttons.

On their PC website, Kaixin001 shows links to a total of 15 Mobage games currently, for example Kaito Royale or Ninja Royale (which is DeNA’s biggest hit in China).（source:serkantoto）

Nice win for Konami: Sengoku Collection, a social card game Konami published on Mobage in December last year, will be turned into an anime series on Japanese TV from spring 2012.

In the fantasy game, players need to collect cards to become a shogun in medieval Japan (there are currently over 600 different cards).

With 2.5 million registered users, Sengoku Collection is Konami’s second biggest hit after Dragon Collection (over 5 million users). The title is available on Mobage for feature phones and smartphones.（source:serkantoto）

Zynga retakes the top spot with CastleVille on our list of fastest-growing Facebook games by monthly active users and rounds out the rest of the top four with FarmVille, CityVille, and Adventure World.

We anticipate a sluggish growth period for most social games this next week as it falls between the Christmas and New Year’s holidays when most potential players may be traveling or vacationing. Apps with cross-platform play on mobile, such as Words With Friends, could potentially see an increase as players access these games from smartphones more frequently during the week. It will be difficult to isolate what percentage of users these mobile players make, however, as apps like Words With Friends do not distinguish Facebook Connect logins from desktop Facebook logins.（source:insidesocialgames）