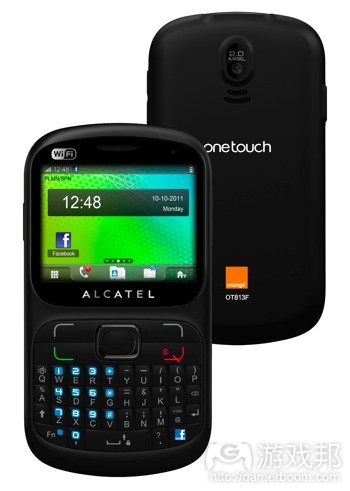 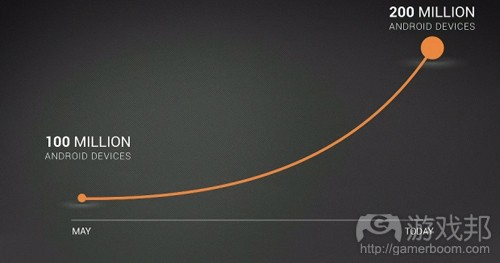 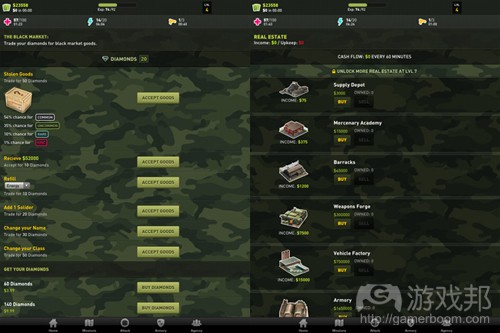 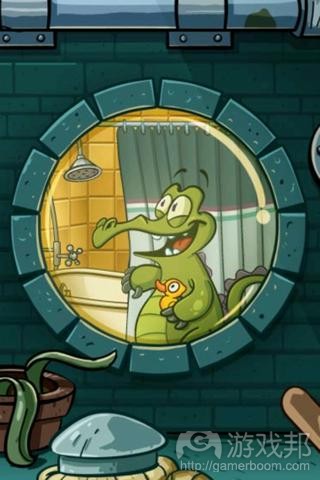 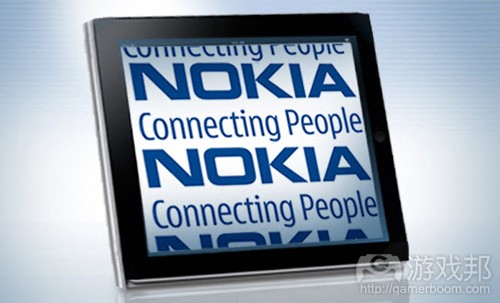 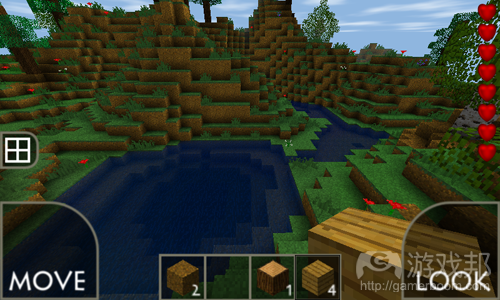 1）Facebook Partners with Orange to Bring Smartphones to Emerging Markets

Facebook is partnering with French cellular operator Orange to bring cheap cellphones with dedicated Facebook functionality to emerging markets in Africa and Europe. Orange will release three devices with a special “F” button for unlimited Facebook access to 15 countries starting in the fourth quarter of 2011. The move fits well in line with Facebook’s desire to increase its presence worldwide to people that may not have access to a computer but access the Internet solely through mobile devices.

The phones will be from Alcatel’s series of Android phones. These are not feature phones with Facebook integration but actual economy class smartphones. The roadmap for Facebook in the emerging world is clear: get smartphones in the hands of people everywhere and an easy avenue to access the social platform.

Facebook is at 800 million users and is looking to be the first individual dedicated platform to reach the 1 billion user mark (Google resources notwithstanding). We have been covering Facebook’s attempt to penetrate emerging markets with smartphones throughout 2011. In March, Facebook acquired Israeli Snaptu that creates applications for feature phones. In July we learned of Facebook for Every Phone that is fruit of the Snaptu acquisition.

This new partnership with Orange is not about feature phones though. The Acatel One Touch series phones are smartphones of the lower-end Android variety. Each has nominal specs that could be expected in a smartphone, from a QWERTY keyboard, a 2 megapixel camera with digital zoom, MP3 player with storage of up to 600 songs, MMS and group messaging capabilities. The particular specs differ between the three models but more or less come in the minimum viable Android phone category.

Each phone will be sold at less than 100 euros and data plans will be different between each carrier country. What Orange is promising though is that each phone will have unlimited access to Facebook. （source:readwriteweb）

Google’s Android platform has now seen 200 million device activations, the company said today at a music event in Los Angeles. The pace of Android’s growth may have stabilized however, at 550,000 activations per day. That’s the same figure the company shared in July during an earnings call.

Independent measurement companies like Nielsen and comScore have reported for several months that Android has more mobile subscribers in the U.S. But when you take into account iPads and iPods, Apple still probably offers the largest raw market size for developers. We see this when we look at proxies for comparing the Android and iOS footprints, like counting monthly active users for Facebook’s apps on both platforms. Apple still leads there with 95.8 million monthly actives for Facebook’s iOS apps compared to the Android app’s 77.7 million monthly actives.（source:insidemobileapps）

3）Mercenary, Inc. from YCombinator-Selected LVL6 Looks Like a Contender in The Free-to-Play War

Most small startup iOS developers aren’t gutsy enough to take on the big dogs in the free-to-play space like Zynga, on Apple’s mobile platform. That hasn’t stopped LVL6, recently selected by YCombinator and started by one of the co-founders of install network G6Pay, to give it their best shot. So far, it’s paying off.

LVL6 has released Mercenary, Inc. on the App Store, a free-to-play title that shares some gameplay mechanics with Zynga’s Mafia Wars Shakedown, which we just covered here on Inside Mobile Apps. While they may follow similar gameplay tropes, their themes are different. Mafia Wars focuses on crime families and theft, while — true to its title — Mercenary, Inc. is based on paramilitary actions. Although presented through a simple, mostly text-based interface, the game still contains a good amount of nice-looking, hand-drawn artwork for characters and items. Three character classes are available to choose from: Heavy Arms, which heals faster; Specialist, which gains cash faster; and Marine, which gains stamina faster.

In the game, players move up the ranks of global mercenaries, taking on missions in San Francisco, L.A., and Chicago in order to earn cash, purchase new gear, and become stronger so they can take on other mercenaries. Missions require energy to embark on, which refills over time. The tougher the mission, the more energy it demands. Some missions also require players to possess certain weapons. These can be purchased in the game’s store using virtual cash. Armor and vehicles can also be bought here, and boost the player’s attack and defense stats for when they battle other players.

Players can view a list of other players open for attack, but will only be successful if they have enough soldiers and attack power. These aspects can be increased by adding other players to one’s army, an act that also boosts the player’s defensive capabilities should someone choose to attack them. A list of rivals can be kept, so that players know who has attacked them and can take retaliatory measures when they’re ready.

The in-game store also allows players to purchase diamonds, its premium currency, which can be used to quickly refill energy and get other advantages. Diamonds can also be traded for more virtual cash. The store has other options, too, such as purchasing soldiers, or using diamonds to purchase random “stolen goods.” Players can also exchange virtual currency to be healed in the game’s hospital.

LVL6, the game’s developer, was founded by three college students (or dropouts) and was just chosen for the next class of startups from Paul Graham’s incubator Y Combinator. Alex Weston Lin, who was one of the co-founders of install network G6Pay, left that company to start this one. It is based in Mountain View, California.

Mercenary, Inc. was released on the App Store on November 11 and has already risen to No. 14 among the most downloaded free iPhone and iPod touch games. It also runs on iPad. So far, the top in-app purchase has been a 60 diamond pack for $3.99, although LVL6 is offering up to 1700 diamonds for $99.99.（source:insidemobileapps）

4）Where’s My Water? to get animated web series

A few weeks ago, we posted up a behind the scenes video about Disney’s mega-popular iOS game Where’s My Water?. In it, Senior Game Designer Time Fitzrandolph said they were “trying to come up with new characters and new worlds that are worthy of Disney, but start as a game first.” Sounds like someone at Disney animation was on board with his sentiments, as the company has announced that Swampy will be starring in his own series of web animations in 2012.

A 12 episode season of 3-4 minute cartoons, Where’sMyWater?, the Adventures of Swampy will make its official debut this January – though eager gator fans can get a first glimpse in an exclusive preview on Disney.com this December.

No other details are known at this time, but considering the charming cast of characters and basic premise of the game, it seems like classic Disney-style hilarity should ensue once the series starts up early next year.（source:gamezebo）

Head of Nokia France Paul Amsellem has confirmed to French financial newspaper Les Echos that the Finnish company is expecting to launch its first tablet PC next summer.

The Windows 8-powered machine has been hinted at throughout the year, with the first rumours popping up as far back as March, but this is the first confirmation that the (as-yet-unnamed) device actually exists.

The reason for picking Windows 8 as the tablet’s operating system – over rivals such as Android – seems obvious in light of the newly formed smartphone ties between Nokia and Microsoft, especially given this new version of Windows takes its design cues from the tile-based Metro UI on Windows Phone.

No further details on the tech specs of the device are available, but we’ll be surprised if Nokia kept the same single-core configuration of the Lumia 800 for this forthcoming tablet.（source:pocketgamer）

So you’ve heard about Minecraft – Pocket Edition and you want to play it – but you can’t because you’ve got a Windows Phone and not an Android device. Fear not, because Survivalcraft, a soon-to-be-released indie build-’em-up, might be coming to the rescue.

Survivalcraft looks like a fairly barebones affair, with all the things you’d expect from a 3D build-’em-up. Its graphical interface is nearly identical to Minecraft’s, as is its basic mining and crafting gameplay.

Whether any unique features will be included is unclear as developer Rufus seemingly keeps his cards close to his chest, although he has mentioned the possibility of multiplayer support sometime in the future.

You can check out a video featuring Game play footage here. Survivalcraft will be available for Windows Phones via the Windows Phone Marketplace some time in the not-too-distant future.（source:pocketgamer）