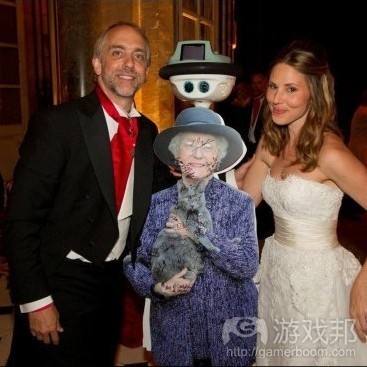 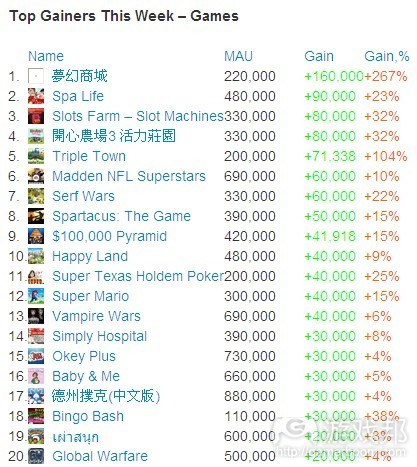 Whoops–didn’t mean to let that cat out of the bag, huh Bioware? (Actually, you probably so planned that.) During an interview with CVG, Executive Producer Casey Hudson on Bioware’s much-anticipated Mass Effect 3 revealed that a version of the game is likely coming to social networks and iOS devices. Granted, we’ve expected as much for awhile, but nothing’s ever been said.

“For the first time, wherever you go – online, mobile, on social networks – you’ll be able to follow your progress,” Hudson told CVG. “You’ll never have to leave the Mass Effect experience.” The website went on to note that it caught “glimpses of an all-new social game for Facebook and Google+, as well as a bespoke iPad and iPhone adventure.”

So, there you have it, straight from the turian’s segmented mouth. We had suspicions of a Mass Effect social game since EA2D, the studio that created the briefly successful Dragon Age Legends, became Bioware San Francisco. And let’s not forget the recent Bioware job posting that called for “a well-rounded Artist to work on an exciting, new, social game for gamers.”

With such an ambitious launch on so many platforms at once, we’d have to imagine that this social game will prove to be more than a companion game. That’s especially considering the fact the core Mass Effect 3 will have a persistent multiplayer mode. Unfortunately, we all know what the average shooter fan thinks of social games … or do we?（source:games）

At this point, with a guy who flew into space and once ran the craziest haunted house in the nation within his house, I guess you should expect these things. The Huffington Post reports that Richard Garriott, creator of the famed Ultima PC game series and co-founder of social game studio Portalarium, manages his Austin, Texas-based studio remotely … with a robot. Seriously.

Since July of this year, Garriott has conversed with Portalarium’s 25 employees in meetings and casually (the robot is a mobile, remote-controlled machine equipped with cameras and microphones) from his New York home. According to The Huffington Post, all he needs is a broadband connection, his laptop, a microphone and two cameras to make it work.

“When I’m up north, I log in in the morning and can meander over to anyone’s desk and really be a part of the casual conversations that are so essential to our work,” Garriott told The Huffington Post. “Sometimes I feel like a spy, but fundamentally it feels like I am really there.” But the game industry veteran didn’t buy the $15,000 Anybot QB solely for this job.

When Garriott married his wife earlier this year in the spring, he purchased the robot to ensure that his mother could participate in the ceremony and reception, which took place in Paris. The game designer strapped a cardboard cut-out of his elderly mother to the robot, gave her the controls from her Las Vegas home and it was as if she was there. Hey, at least we now know how dedicated Garriott is to Portalarium’s upcoming crown jewel, Lord British’s New Britannia (and his mum).（source:games）

3） DeNA Director: ‘I Think That Zynga Has Not Really Researched Monetization’

Kenji Kobayashi, DeNA’s director, and the global executive producer for its social games business, is convinced that the high average revenue per user which the company sees isn’t a fluke.

“I think that people who don’t know much about the Japanese market just dismiss those users as crazy, but that’s not the case. You really need to research thoroughly at what time monetization becomes the most fun for your users,” he told Gamasutra in a recent interview conducted at the company’s Tokyo headquarters.

DeNA is the owner of U.S.-based Ngmoco, which recently launched the company’s successful Mobage social games platform in the West.

A $12 ARPU is a lot higher than other social games companies manage, and, according to Kobayashi, “It’s a very different scene, and I think that Zynga has not really researched monetization.”

“With Zynga, monetization often comes in the form of energy refills, or area expansions, or item unlocks, or decorative stuff. If you ask whether there’s any reason to buy all of that, there really isn’t. So I think the biggest difference between us and Zynga is in the number of payments made by users.”

The two markets aren’t as different as developers might think, Kobayashi told Gamasutra. “I read in article that the ARPU across all Facebook apps is something like $20 a month, which is up there with the best of Japan’s game scene. However, the ratio of paying users is only three percent-ish, I think. That’s one of the big differences, and I think that’s most people don’t see enough reason to start purchasing things; that or the purchases just aren’t that exciting. They don’t expand on the fun.”

His company sells chances — not items — for fun. “We’re certainly different from Zynga in that respect. Both Kaito Royale and Ninja Royale are games where you’re gathering treasure, but if users could get this treasure via paid items, then the game balance would fall apart. There wouldn’t be any meaning to it; you’d be ruining the core of the game,” Kobayashi said.

“What we sell instead is the opportunity to make treasure gathering easier. For example, have you played mahjong? This may work with poker, too. If you’re one card away from a royal flush, you only get one chance to draw that card. Well, what if you paid 100 yen [$1.31] and get three chances instead? (laughs) Which do you think is more interesting to the user: very difficult odds, or a chance at easier odds?”（source:gamasutra）

A new analyst report has found that user growth for recent games from social games giant Zynga has been lacking, with certain recent releases already showing signs of peaking in player numbers.

Doug Creutz and Jason Mueller at analyst group Cowen and Company noted that, while Zynga is by far the largest social games company on Facebook, it is having a “difficult time driving user growth” in recent months.

The company has experienced its number of daily active users decline by 700,000 people to 46.9 million overall in the last five weeks. This compares to the 70 million DAUs the company had in February 2010.

Titles such as CityVille, Empires & Allies and Cafe World saw declines in user numbers, while more recent releases such as Pioneer Trail and Adventure World are already 50 percent of the way to their projected DAU highs.

The report also noted that Zynga has had “essentially no growth in DAUs” since October 2009, which saw similar numbers to those which the company is currently experiencing.

However, the company has been able to grow revenue since 2009 by increasing its monetization strategies, said the report.

In comparison to other social game developers on Facebook, Electronic Arts’ DAUs have declined by 3.5 million in the last five weeks to 14.6 million in total. EA reported this week its Sims Social Facebook game has 8 million DAUs.

Meanwhile, DAUs for Disney’s Playdom have dropped by half a million in the last five weeks to 4.3 million total. The company’s Gardens of Time, released in April, has now “definitely peaked”, said Cowen and Company. （source:gamasutra）

Social developer and publisher 6waves Lolapps announced today that it has acquired Beijing-based studio Smartron5, which will help bolster the company’s presence in Asian territories.

This new acquisition marks the fifth global office for 6waves Lolapps, which now has three branches in Asia, as well as offices in London and San Francisco.

As part of 6waves Lolapps, the 30-man team at Smartron5 will develop and release games targeted at the Chinese market, and will assist the company’s third-party publishing partners break into Asian territories.

“The Asian market is complex and the Smartron5 team brings western-production values with a deep understanding of how to be successful in China,” said 6waves Lolapps CEO Rex Ng.

“This addition to our team is key to our globalization strategy and will benefit our own game development efforts as well as those of our publishing partners.”

Since 6waves and Lolapps merged earlier this year, the company has secured an additional $35 million in funding, and has expressed interest in expanding its business into the mobile market. Just this month, the company launched its newest Facebook title, Ravensky City. （source:gamasutra）

There isn’t much rhyme or reason to the mix of genres that make up the rest of the rankings. We see everything from puzzle game Triple Town and games based on licensed brands to hardcore strategy titles and the odd unlicensed port like Super Mario. It being the week before the October 31 Halloween event, we’re surprised to see a lack of horror-themed games on this list — the lone exception being Vampire Wars at No.13.（source:insidesocialgames）