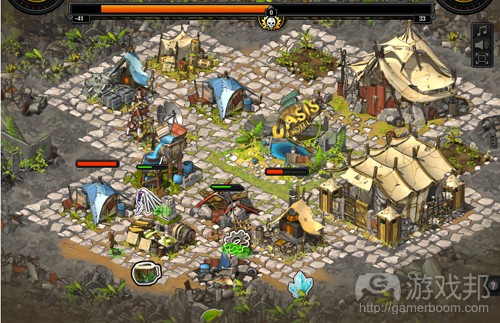 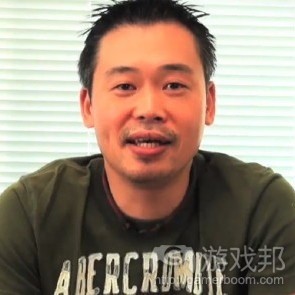 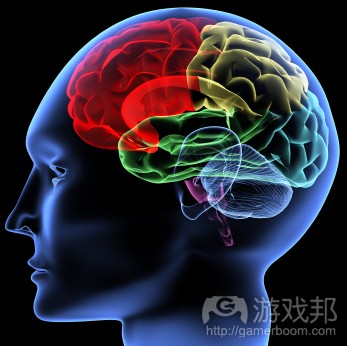 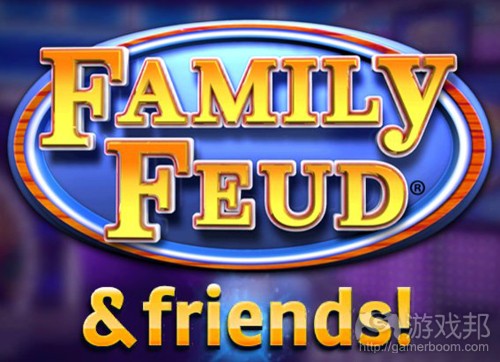 1）CrowdStar’s Wasteland Empires on Facebook: Both fresh and decayed

Mel Gibson would be proud to discover that the spiritual, social tribute to Beyond Thunderdome has arrived on Facebook. (Well, after he stops talking to that infernal puppet.) CrowdStar has released its next big Facebook game for all to play: Wasteland Empires. Wait a tick … that doesn’t sound happy or girly at all. You’re absolutely right, imaginary dissenter–this real time strategy (RTS) social game marks marks the company’s interest in the supposedly burgeoning male audience.

According to lead producer Jonathan Cook, Wasteland Empires draws inspiration from the tower defense genre and classic strategy games like Warcraft and Starcraft. Simply put, CrowdStar is looking to emulate the hardcore strategy game experience, but without the massive amount of time that most strategy games demand. Not to mention in a setting that has admittedly been largely under-served on Facebook: Wasteland Empires takes place in the not-so-distant future, 58 years after the apocalypse.

“We picked the style because it’s something that we wanted to see, and hadn’t really seen anything else like that,” Cook tells us. “We don’t have as much time as we used to when we were in college, but to be able to build something that reminds us of games being fun, and bringing that to the Facebook environment, is just really exciting.”

Players assume the role of a leader of sorts over a growing shanty town of colonists that have just found their first pure source of water in years. Not governed by an energy system, actions in Wasteland Empires like expansion and creating new troops and buildings merely takes resources and time. As you send colonists to scavenge the outskirts of your village, you’ll acquire more resources and uncover more land to place buildings like houses, farms and water towers upon.

These motions will surely increase your population, which is split 50/50 between workers and attack units. There are multiple units to choose from like Scouts (small, fast units with speedy attacks), Clubbers (larger, beefier guys with slower attacks) and later on even gunners and troops piloting bipedal war machines. Attacking other players’ or NPC (non-player character) outposts on the map is simply a matter of directing your squad of units to destroy any defensive buildings first and clean up what’s left. （source:games）

2）Google: Games platform ‘is not ready to handle’ opening up to creators

There’s a reason that Google+ Games has been a slow burn since its launch this summer: It can’t handle much more. Speaking exclusively with Gamasutra, Google+ game developer advocate Todd Kerpelman said, “And that is our larger goal, to bring in more developers, and eventually open it up to anybody that wants to develop on Google+. Just right now the system is not ready to handle that.”

Google has been quite exclusive with which developers it allows to bring their games onto Google+ Games, working with only the biggest names in casual and social games like Rovio, Zynga, PopCap and Kabam to name a few. (Well, there aren’t many more than that, really.) While this is partially due to the fact that Google+ would likely be crushed if the gates were opened to everyone at once, the company is still working out how exactly it wants to handle developers.

“I’m not sure what our plans are – to be completely open versus something like an Apple-style, curated business – that’s still to be determined, and we’re still working it out,” Kerpelman said to Gamasutra. “…The platform has only been out a couple of months, so we’ve got a way to go.”

Gamasutra notes that, if Google opted to open up Google+ Games like it has the Android Market–which is essentially a wild west of games and apps–it would almost certainly have to handle counterfeit games. And that’s something, according to Kerpelman, Google simply doesn’t want in its online marketplaces anymore. (Who else just screamed hallelujah?)

This news comes just as a Google engineer name-dropped the Google+ Games platform specifically in a rant, implying that the initiative was an afterthought for Google. We’re impressed by the platform’s pristine presentation (and we’re sure game makers love that tiny 5 percent price tag), but Kerpelman’s right: Google’s got a way to go, and updates like this are certainly steps.（source:games）   http://blog.games.com/2011/10/21/google-games-not-ready-developers/

3）Murdoch On Myspace: “I Made A Huge Mistake.”

Rupert Murdoch withstood intense grilling at News Corp’s annual shareholder meeting today, which focused largely on the phone-hacking scandal that is causing such an upset in the company’s financials and leadership. But among other things, Murdoch owned up to the debacle that has been Myspace.

“I made a huge mistake,” he said. “We then proceeded to mismanage it in every possible way. All of the people concerned with it are no longer with the company.” Except for himself, of course. The fact that it was a mistake and a mismanaged one at that is not news to the rest of the world, but the unmixed apology for the billion-dollar boondoggle reflects how low recent events have brought the once-proud news giant.

As you no doubt remember, the flatlining social network was sold in June to Specific Media for $35 million, representing a loss of around 94% of the site’s value as bought, and a microscopic portion of the never-realistic $6 billion at which Murdoch once valued the property.

Despite his self-deprecating words, Murdoch was described as looking “a little feisty” by the New York Times, perhaps because he is confident that the company has already shed the requisite amount of blood and profits over its practices and investments. The Hollywood Reporter has collected a number of opinions from analysts and experts, and the consensus seems to be that no immediate actions would be taken, but that clearly the company is in dire need of redirection, and the solution may take some time to formulate.（source:techcrunch）

Since his 23-year stint with Capcom abruptly ended nearly a year ago, Japanese game designer Keiji Inafune (pictured) is already at work making new games, namely social games. With two games in the works for both DeNA and Gree–J.J. Rockets and Island of Dr. Momo, respectively–Inafune looks to do things a little differently in the mobile social games space, according to a talk with Gamasutra.

“So I don’t rely on metrics slavishly; I give them quick looks, absorbing them and reflecting them against my own thoughts to analyze what they mean,” Inafune told Gamasutra.” Game creators have to be really good at that internal sort of analysis; otherwise you’re just looking toward marketing data for your game ideas, and a computer can do that.”

Inafune went on to say, “If you rely on those, then basically what you’ve got is a set of numbers that don’t necessarily tell you anything. Just because you know what someone’s favorite food doesn’t mean you really know the person.” Compelling, huh? The creator of storied franchises like Mega Man thinks social games might herald of the future of video games. Period.

“I think that eventually, we’re see a new kind of game which is neither console nor social, one that overcomes the obstacles that both current game styles have to deal with,” Inafune said to Gamasutra. “I don’t know what that’s going to be yet, though, so that’s why I’m trying to learn more about this market.”

The designer went on to say that the persistent “me-too” trend in social game creation needs to stop if we’re to see this happen. And Keiji, we couldn’t agree more. In pursuit of this fresh new form of social game, Inafune recently opened his own studio, Comcept. Now, how do we make such games profitable enough for more designers to bite?（source:games）

At this week’s Emerging Technology Conference at the Massachusetts Institute of Technology, researchers presented evidence suggesting that humans may interact with games using brain waves.

Researchers working with test subjects were able to tap into the human brain’s alpha waves and translate them into commands that communicate direction with computers.

In one particular demonstration, Wadsworth Center research scientist Gerwin Schalk presented video evidence of a test subject playing id’s classic Doom on a computer. The player used a joystick to move about, but used thought commands to fire the gun — with apparently accurate results.

“What I’m here to tell you is that this is not science fiction. This is an emerging reality,” Schalk said in his presentation.

The test subjects used in the study already had their brains wired up for treatment of illnesses such as epilepsy.

Companies such as Emotiv have been demonstrating variants on the concept for a number of years. These firms have worked using EEG sensors in the scalp, a much less invasive method.

Other Schalk-tested demonstrations, though not game-related, included a program that could tell the difference between a brain thinking the sounds “Ah” or “Ooh,” and one that was able to track the sound levels of music that a subject was listening to through brainwaves alone.（source:gamasutra）

While Family Feud on Facebook draws in around 1.6 million monthly players, developer Ludia is hoping to expand upon that number (or, at the very least, please established fans) by releasing Family Feud & Friends on iOS. The game is free on both iPhone and iPad (via a universal app), and both versions connect to Facebook, allowing you to experience all of the fun from the Facebook version right in the palm of your hand (or your lap, in the case of the iPad).

For those unfamiliar with the Facebook version, it’s the same gameplay from the famous show, but streamlined. You’re given three rounds of survey questions, with the top answers being hidden. It’s your job to guess what a crowd of 100 average folks answered. Say you’re asked: “What might men think women waste too much money on?” You could then answer things like “Makeup” or “Clothing,” as those are things men might say stereotypically.

In this version of Family Feud, you’re allowed to challenge complete strangers to earn a high score across these three rounds of asynchronous gameplay (meaning that you can come back at a later time to finish games without losing progress or points). Whoever has the most points goes on to play Fast Money. Like in the TV Show, you’re allowed to answer a series of five questions with a single response, and can then post a request to your friends’ Facebook walls, or even send them text messages or emails through your device to have them come help you out.（source:games）