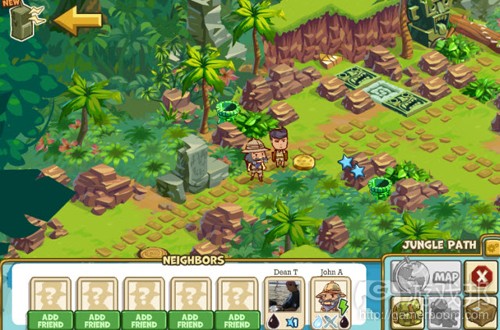 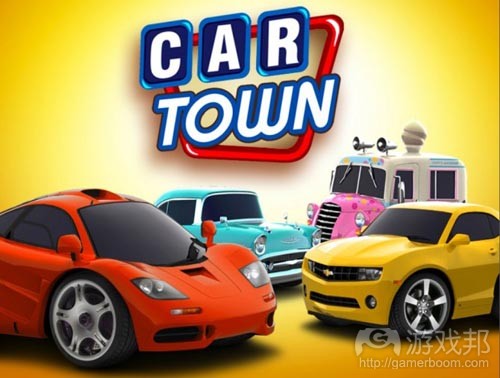 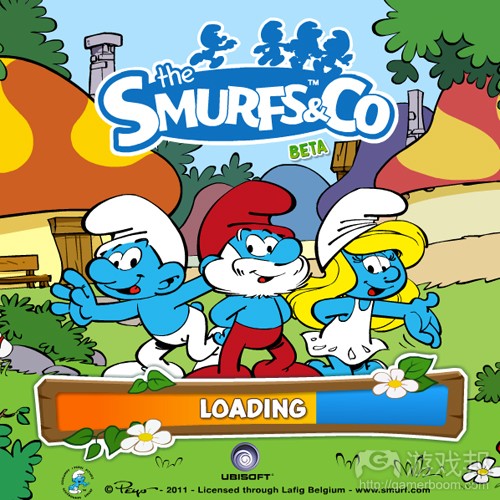 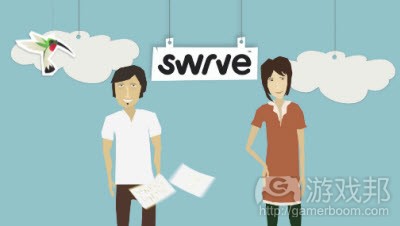 Zynga just launched its Adventure World social game on Facebook, speeding the pace of its game introductions as it prepares to go public in an initial public offering.

Zynga is methodically using its newly hired or acquired game teams to create new Facebook games that appeal to its 275 million monthly active users on Facebook by adding new games in untapped genres. If it can succeed in these new genres, it should be able to produce enough revenue growth that will enable it to go public. But it must do so at a time when the stock market is jittery. Zynga filed to go public in June, but it still hasn’t done so, most likely because of the volatile stock trading.

The game is one of the company’s most ambitious yet, with 200 quests, 30 maps, more than 1,000 art assets and 20,000 objects. It was made by the Zynga Boston studio, which was formed via the acquisition of Conduit Labs. I’ve played through the beginning level of the Indiana Jones-style game and it’s got dramatic music, cute sounds, a pretty and large map, and lots of fauna to hack. The game’s catch phrase is “Grab life by the boulders” and its cartoonish art is meant to appeal to as broad a group of users as possible.

Adventure World is one of the byproducts of Zynga’s acquisition strategy, which has yielded a new acquisition deal every month for more than a year. The seeds of the game started at Zynga Boston, which Zynga acquired when it bought Conduit Labs a year ago. After the acquisition, Zynga shuttered Conduit’s social music game and bankrolled Adventure World, which was just a concept at the time, said Nabeel Hyatt, general manager of  Zynga Boston and former CEO of Conduit Labs, in a recent interview. Hyatt refers to the new genre as “social adventure.”

The game is more than 40 times bigger than past Zynga games, such as FarmVille. You can create a crew of up to 12 Facebook friends who can join your party and help you get through the different obstacles. There are five kinds of snakes, four kinds of spiders, and two kinds of rams, all of them who present obstacles in your way. Players can customize their avatars, or virtual characters, with a total of 10,000 different variations.

The game has a new rendering technology with higher frame rates and pseudo 3D animation. Adventure World will be available at  in eight languages: English, French, Italian, German, Spanish, Portuguese, Turkish and Norwegian.（source:venturebeat）

2）Report: Zynga’s Next Game May Be Kingdoms & Quests

As reported by Games.com, a support page for the game was allegedly accessible at Zynga.com as recently as today, though the page has since been made inaccessible.

Though the game is not currently accessible, its likely official Facebook URL is located here.

The game may follow Zynga’s upcoming Adventure World, which combines Zynga’s traditional social game mechanics with classic adventure game elements. The company has been attempting to expand its already substantial audience to include more traditional game players, and Kingdoms & Quests appears to be another move in that direction. （source:gamasutra）

Car Town developer Cie Games announced an international expansion into Asia today with the opening of a Japan office in Tokyo. Its first project, Car Town Japan, launches on DeNA’s Mobage mobile social network before the end of the week.

Speaking to Inside Social Games, Cie Games CEO Justin Choi explains that while Car Town has been and continues to be localized in other languages, the Japan expansion is significant because it creates an international infrastructure for game releases. This strategy differs from other social game developers that rely on partnerships for distribution in specific international regions.

“When we launch future titles, you’ll see us deployed internationally much more quickly on multiple platforms,” Choi says. “We are planning on opening additional offices. We are going to use Japan as a hub to expand into other markets in Asia.”

Before Cie Games begins launching new intellectual property, the developer is focusing on a mobile version of Car Town separately from Car Town Japan. This game is due out on iOS and Android “soon,” according to the press release announcing the international expansion. Car Town Japan, meanwhile, will be operated as completely independent product out of the Tokyo office.

Car Town Japan features a region-specific look and feel while retaining the core gameplay features of the Facebook version. In the game, players race cars to the point of winning virtual currency to spend on buying more cars, upgrades for cars, and decoration options. A key element of the game is the inclusion of real life automotive brands.

While the game is live on Mobage as of this week, attendees of the 2011 Tokyo Game Show will have a chance to play the game at the event next week. Car Town currently enjoys 5.8 million monthly active users and over 770,000 daily active users on Facebook, according to AppData traffic tracking service.（source:insidesocialgames）

And now, The Smurfs & Co. is sitting pretty with over 9 million monthly players since its launch just over a month ago. During an interview with GamesIndustry.biz, Ubisoft CEO Yves Guillemot revealed, “Smurfs went from zero to 4.2 million without marketing in two weeks.”

While these might not be The Sims Social numbers, it speaks volumes to the power social games with strong brands behind them have on Facebook. This is especially considering Ubisoft conducted zero advertising (the main method of growth for Facebook games these days) for The Smurfs & Co. in that time period. That’s the power of The Smurfs for ya, I guess.

Guillemont continued,” So it’s amazing how fast, when the content is adapted, those products can grow. So it really shows that people are very interested by new content in games. So we will continue to develop and make sure the quality of the game experience is adapted to what people are looking for.”

In other words, the best way to for a Facebook game to grow is the keep it current, according to Guillemont. (So, that’s why Zynga updates its games incessantly!) The Ubisoft boss went on to reveal to GamesIndustry.biz just why it’s in on the rapidly growing free-to-play and social games movement: “In the long term there’s no reason why the casual would not overcome the hardcore business because there are more people that are interested in buying casual.”

So, if you ask Guillemont, casual (and free-to-play) are the way to go, which already accounted for 40 percent of the company’s revenue in 2010. And Ubisoft is certainly not alone–EA has already spent over $1 billion on Facebook and mobile games, which is looking to already be paying off. Other traditional companies are slowly dipping their feet, while a legion of originally hardcore game designers have Facebook Credits twinkling in their eyes.

Does this mean no more Assassin’s Creed or Ghost Recon for the hardcore crowd? Of course not, but I’m willing to bet that it does mean far more blue creatures in white hats in a not-so-little place called Facebook.（source:games）

Mixpanel’s analytics platform, currently in use among social game developers like Kabam and high-traffic sites like Dictionary.com, allows developers to drill down into user behavior more thoroughly than most game platforms allow. Developers can use the service to determine who is playing their game for how long in what age and gender demographics. By using a feature called Funnels (similar to the funnel features offered by competitors like Kontagent), developers can zero in on the exact point where players drop-off on their way to some other gameplay goal — like making a purchase.

The newest features in Mixpanel’s platform are Funnel Analysis and Segmentation. The former allows developers to create a funnel in real-time using retroactive data. So, Mixpanel CEO Suhail Doshi explains, if a developer had been sending data through the service two months and just today decided to create a funnel, they could have the analysis created on the fly using data from the past two months. The latter, meanwhile, is a more straightforward add-on feature that allows developers to create multidimensional queries that can examine the intersection of two segments. An example of this feature in action would be determining which users brought a specific virtual item segmented by age and gender.

The new features don’t up the cost of Mixpanel’s platform, which Doshi says averages between $150 and $1600 a month. He adds that the company offers a free version and discount plan for high volume customers.

Mixpanel was founded in summer of 2009. The San Francisco-based company is funded by Sequoia Capital, PayPal co-founder Max Levchin, Bebo co-founder Michael Birch, Square COO Keith Rabois, and Y Combinator. You can find out more about the company on their website.（source:insidesocialgames）

In-game advertising is an untargeted mess, and one startup, Swrve, aims to fix it.

Google knows exactly when to hit you with an ad because it has mastered the art of target marketing. Game companies, on the other hand, might very well send you an ad for a shooting game even if all you play is a puzzle game.

Swrve hopes to change that. The San Francisco company is announcing today that it has raised $2.7 million in seed funding for its real-time feedback platform for game developers and testers.

Swrve has created real-time analytics for web and mobile games that allow game developers to test, target, and tune their games to give consumers a better experience. Gamers get the right type of ads or promotions at the right times, and that results in better monetization, said Hugh Reynolds, chief executive of Swrve, in an interview with VentureBeat.（source:venturebeat）

Rupert Murdoch’s entry into the social game business may not be a Zynga killer yet. But it’s a start.

News Corp.’s Making Fun unit is announcing today the launch of Noah’s Ark, a social game on Facebook. The new title is the second game launched by Making Fun since it was acquired by Rupert Murdoch’s News Corp. earlier this year, and it is one of the first titles targeting the untapped market for religious games on social networks.

While Zynga has the most popular categories of games covered on Facebook, the social network’s audience may still be open to new kinds of games such as religious titles. That’s the bet that Making Fun has made in making a FarmVille-style game based on the Old Testament story. If it’s right, Making Fun could grab a lucrative niche on Facebook and other new game platforms as well

The title may or may not take off. But Welch said his company is committed to launching titles on a regular basis. He said, “The Gold Rush days are over for Facebook games. The price of ads is going up. It’s harder to compete. And you don’t necessarily want to go head to head with Zynga. But there is a lot of room for growth. This stage is called evolution and maturity, and it is not at all a cause for pessimism.

Making Fun collaborated with the veteran game development team at Detonator Games to produce Noah’s Ark.Welch said that it will be common for Making Fun to tap outside developers to make its games that are published under the Making Fun name. Several more titles are in the pipeline, including iPhone games.（source:venturebeat）