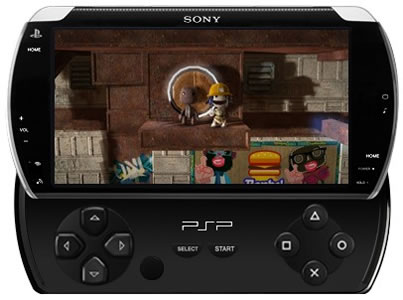 The holy union of a Sony Ericsson mobile phone along with Sony’s own PSP handheld may have all the credentials to be an iPhone killer, but analysts told Develop today that the long-rumoured device would need to overcome several thorny challenges to become a reality.

Last night tech site Engadget wagered much of its strong reputation on an exclusive news report which claimed the ‘PlayStation Phone’ is no longer just a dream idea on paper.

The publication wrote that “this is not a random rumour; we have reason to believe that what we’ve heard and seen is real and coming to market”.

Engadget says that the device is based on the upcoming mobile OS Android 3.0, and features an 800×480 screen stretching as far as 4.1 inches.

That would presumably be a touch-screen, as the device features a horizontal slide compartment that eschews a physical keyboard with a controller set-up similar to PSPgo’s.

And the bold claim of a fully converged PlayStation Phone goes one step further, with Engadget suggesting the device will be “graphically in the range of PSX or PSP”.

It added that “titles currently being shown off seem to be focused around some older PSX as well as new PSP offerings, with God of War, Call of Duty: Modern Warfare, and LittleBigPlanet possibly on tap.”

Yet it was not this terrifying technical challenge that analysts had focused their pessimism on. Nor was it the poorly-kept secret that Sony is building a PSP2.

One of the biggest problems the scenario presents, analysts say, is the convergence of the social mobile gaming market and Sony’s own handheld business.

“It’s only viable if code for PSP games can be re-used on the mobile, which will be easy to sell to publishers as a way of expanding their target audience,” said Game Investor Consulting’s Rick Gibson.

“If Sony takes the same route that Nokia did with N-Gage, then it will face the same problems. If Sony tells developers they have a brand new mobile platform, separate from PSP, which games will

need to be recoded from the ground-up, then software developers will not adopt it”.

Meanwhile, Screen Digest Games Analyst Ed Barton said that – even if PSP games were made available on mobile – then the software pricing model would present dangers.

“I’d say it’s hard to merge the two. Coupled with the whole difficulty of getting people to sign up to long-term mobile contracts, there’s just so much in the way.”

Barton said that the most convincing element to the Engadget report was indeed that the news outlet is staking much of its reputation on the story.

Engadget has often reported rumours that turn out to be accurate. It first broke news of Microsoft’s motion control device, Kinect.

Barton continued to outline his reservations: “To my knowledge, one of the conditions of the Sony Ericsson joint-venture is that no other Sony division is allowed to make its own phone devices,” he said.

He said it was more likely that Sony Ericsson would manufacture a phone that uses the PSP brand, as opposed to a true extension to the handheld.

However, Gibson said the PlayStation Phone model “has many challenges but is just about commercially viable”.

Key to the plan is Sony’s apparent adoption of Google’s open-source Android platform.

Mobile Entertainment associate editor Stuart O’Brien explained that Sony could freely build its own app marketplace using Android and – crucially – Google’s cut of game sales would be pushed out of the equation.

Google currently takes a 30 per cent stake in mobile games and apps sold over Android’s store, as does Apple on the App Store. Microsoft will implement the same structure on the Windows Mobile 7 platform.

But Android is unique in that companies such as Vodafone have built their own marketplace from the OS and take a sales cut for themselves.

“The reason Google does this is it wants its Android OS everywhere – even the modified versions – and will implement advertising models in these systems at a later date,” O’Brien said.

That Android model may be the biggest temptation for Sony, despite the struggles with pricing its own software.

“What Sony has struggled to do in the past is convince developers and publishers to make PSP games that are not just watered-down console games – and instead games specifically suited to handheld gaming,” he said.

“The marketplace a PlayStation Phone could provide may be the answer to that long-running problem.

“People who buy Android handsets are, largely, males with good disposable income. With the power of Sony’s PSP back catalogue and the PlayStation brand, this could be a good model for them.”

Still, there would be further obstacles to overcome, says Gibson.

“I don’t think the biggest challenge is Android. I think the hardest thing for Sony Ericsson to do is walk into network operators and convince them that their new PlayStation Phone is so desirable that network operators would still be interested in a deal where Sony keeps all the revenues from app sales – which is effectively what Apple did with AT&T and O2 and the rest.

“Can Sony tell network operators that they’re being cut out, the way Apple could? I would say that’s a difficult proposition. It’s a rare privilege.

“It’s a huge reason why iPhone is so successful, because network operators don’t get their hands on any additional revenues – they are just a network pipe. That freed up the app business model and the rest is history.”

Develop contacted Sony on the Engadget story, though the platform holder declined to comment.

Key to the reason why rumours of that elusive PlayStation Phone have come and gone in waves is that the idea, in principal, works.

“Considering the position that SCE is in, the company is languishing behind its rivals in the handheld space, and it could easily be looking for unconventional routes for its software,” said Gibson.

“It’s easy to read in this an air of desperation from Sony – PSPgo hasn’t become particularly successful, and perhaps this is the natural evolution from that.”

But Barton concluded that, while the platform holders appear to be interested in social gaming, the emerging market is low on the priority list.

“Social gaming is growing incredibly fast. We think it’s made something around the region of $700 million this year already, globally,” Gibson said.

“But there’s still quite a difference in scale – in the US alone we’re looking at a $20 billion market for packaged retail software sales.”

“I think with the platform holders today, the priority remains packaged goods and nurturing digital distribution channels – which are still relatively young.”(source:develop-online/mydrivers)