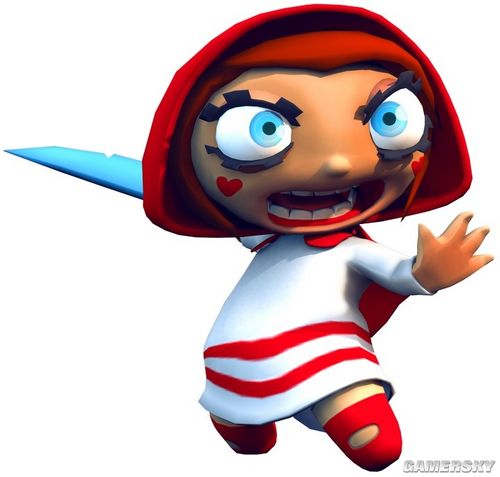 Ravi Mehta is vice president of product for Viximo, where he drives the product strategy for Viximo’s social game distribution platform and helps social networks monetize via social games and virtual goods. For more information on virtual goods, visit his blog, Virtual Goods Insider, and follow him on Twitter.

In 2009, an estimated $2.2 billion in virtual goods were sold to consumers globally, and that number is expected to rocket to over $6 billion by 2013. Although virtual worlds and MMOs have historically driven the growth in virtual goods, today the fastest growing segment is social games.

Social games not only represent a lucrative new revenue channel for social media sites but they also signal a fundamental change in the structure of the social media industry. Social networks can no longer afford to rely solely on advertising revenue—they must master the intricacies of directly monetizing their users via virtual currency, virtual goods, and social games.

The Birth of Social Gaming

Social gaming got its start in mid-2007 with the launch of the Facebook Platform. Since then, FacebookFacebookFacebook  has grown from 27 million unique monthly visitors to over 500 million unique monthly visitors, and over 70% of those visitors engage with applications every month. Last year, social games, one of the most popular forms of social application, generated over $500 million in revenue — the majority of which came from social games on Facebook.

Although Facebook holds the dominant position in the social networking industry, the site makes up less than 30% of worldwide unique visitors to social networks. There are nearly 40 social networks with over 10 million monthly uniques and nearly 150 with over 1 million monthly uniques. The companies that make up the “other 70%” of social networking traffic are just beginning to realize the engagement and monetization benefits of social games. Some sites, such as MyYearbook and Quepasa, have made social gaming a central part of their strategy and are seeing significant growth despite the fact that more and more users are still being drawn to Facebook.

When it comes to social games, smaller social networks, paradoxically, often have the benefit of size. Users of multiple social networks tend to split their time between Facebook and another social

network. To these users, Facebook is an indispensable communication tool, but the other social network is essentially the local pub: A close knit community woven around shared affinities and experiences.

Social games are the perfect addition to these communities. They provide a lightweight, social form of entertainment that enriches the interaction of a site’s users. As a result, social games on smaller social networks often meet or exceed the ARPU (Average Revenue Per User) observed on Facebook. And, unlike advertising, which detracts from the social experience of a site, a successful social games strategy will simultaneously increase a site’s stickiness and significantly increase revenue.

However, implementing a successful social games strategy is not easy; new technology, new skills, and an ongoing commitment are required to succeed. There are three main pillars that anchor a successful strategy: The platform, the content, and the distribution. If any one of these pillars is weak or missing, the true potential of social games and the virtual goods sold within them will remain unrealized.

The first step in a successful social gaming strategy is creating an application platform from which social games and virtual goods can be distributed to a site’s users. A great platform must enable social games to be well integrated into a site’s structure, have access to essential social information about a site’s users, and monetize a site’s users with the least possible friction.

It is essential for a site to have a private-label, site-wide virtual currency that is used as the coin of the realm. As Facebook is now discovering with Facebook Credits, a site-wide virtual currency has many benefits: It reduces friction by giving players a standardized form of payment across games, creates a barrier to exit for users that have stored value in the system, and gives sites an efficient and fair way to participate in revenue from third-party apps and games. By using this approach, sites can earn a revenue share of up to 30% for providing virtual currency and distribution to their developers.

A great example of this is Farmville’s most expensive item: the Unwither Ring. This $45 virtual good is priced far higher than the $1 and $2 virtual gifts sold on many social networks due both to its rarity and the powerful benefit it provides the owner — the ring forever prevents the owner’s crops from withering due to neglect. Even Facebook, which was a pioneer in virtual gifting, has decided to shut down Facebook Gifts in favor of positioning Facebook Credits (which was originally developed for Facebook Gifts) as a currency for social games.

A site’s platform need not be open to all developers, however, as is Facebook’s platform. In fact, for mid-tier social networks, an open platform can spread attention too thin and lead to an unwieldy experience for users. It is far better to have a curated portfolio of content that has been tailored to a site’s particular demographics and can be heavily promoted as a set of core site features. A great example of this is Fubar, a social network marketed as the “first online bar.” The site features a collection of flirtatious social games which are woven into every aspect of the on-site experience, including the login page, profile pages, communication channels and site structure. These apps succeed in attracting and retaining users because of how well they align with the site’s social context and how smoothly they integrate into the overall user experience.

A site’s content strategy must be focused on developing a portfolio of games that are the best fit for its users. The first step in creating a successful portfolio is to actually create a portfolio. One or two social games are seldom enough to transform a site into a virtual goods powerhouse. The sweet spot is to launch with at least five games and most smaller sites can support twenty or thirty popular games before attention gets spread too thin. Sites should deploy games that:

* Appeal to the site’s core demographic.

* Promote the behaviors that are key to the site’s appeal — whether that is flirting, keeping up with friends, or gathering around a particular theme.

* Have already proven to be engaging.

* Are continually optimized and refreshed to retain users.

Crafting an initial portfolio is often more challenging than expected. Great content takes significant skill and resources to build, and attracting quality developers can be difficult for smaller sites. In addition, it’s important to realize that many games have a limited shelf life, so new content must be continually added in order to keep a site’s social gaming ecosystem vibrant. For these reasons, content acquisition is a critical step that requires ongoing focus and commitment.

It won’t just work to simply add a “Games” tab to a site and call it a day. The goal is to get a site’s users so immersed in social games that some users are willing to pay to get ahead. To do that, social games must be promoted as a core element of the site’s feature set and the site must be proactive about driving traffic to the social games.

* Premier placement: Not only creating a dedicated section for social games, but also implementing hooks for those games into a site’s features such as profile pages, activity feeds, and the site’s main navigation.

* Ongoing promotion: A site will dedicate high profile real estate to promote game launches, in-game events, and other calls to action that drive traffic into the games.
* Viral notification channels: A site will allow social games to have reasonably unfettered access to a site’s communication channels including user-to-user messaging, invitations, and activity feeds.

A site must use all of these methods extensively in order to build its base of social game DAUs (Daily Active Users), which are key to driving revenue.

When it comes to social games, social networks often make the mistake of copying what Facebook is doing today without recognizing that Facebook has the benefit of massive success on its side and can afford to make decisions that dampen the ubiquity or virality of its platform.

Instead, sites should look to what Facebook did in the early days of its platform to make applications an ubiquitous part of its experience or take lessons from smaller social networks, like MyYearbook and Fubar, which have made virtual goods a central part of their strategy. Those examples will help companies understand how social games can transform the engagement and monetization potential of their social media sites.