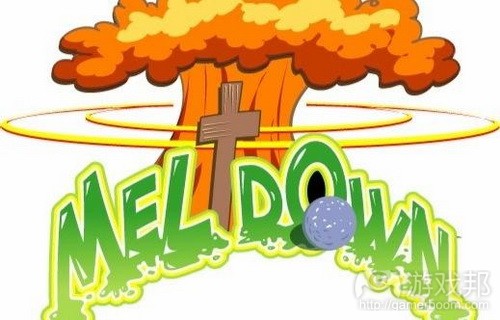 [In a new Gamasutra opinion piece, Wizardry and Jagged Alliance veteran and game design professor Brenda Brathwaite analyzes how you can stop the rot by "talking up" when game development teams have relationship or management problems.]

Games are intensely personal processes, even if they involve a hundred people. You can’t spend eight hours a day with a work of art and not get connected to it.

That connection is born of intensity, and that intensity can lead to people getting upset with one thing or another. Sometimes, it can lead to team meltdown. Here’s a couple moments from my memory:

- An art team mutinied — they didn’t show up for work for a few days (it may have been longer, but it definitely wasn’t shorter).

- A team walked out — the whole team left the office and refused to work until the crunch hours were addressed.

- A lead dished all his issues with the company to those on his team effectively creating a group of angry programmers.

These are extreme examples, of course. Usually, it’s pockets of discontent, but these pockets can completely wreck productivity and make unhappy people out of otherwise content developers. It makes people hate a project, hate their part in the project or, at best, feel indifferent.

For those involved in the trash talking — and maybe unbeknownst to them — it follows them throughout their career in several potential ways:

- Teams suffering meltdown don’t make great projects. If they somehow manage to get a good one out, the project is not as good as it would have been if the team had been working well. That game stays on your resume. It lives with you through mobygames.com. Eternity is gamerankings.com and a bad game.

- Patterns are made and history tends to repeat itself.

Clearly, everyone’s not always going to be happy, though. So, you have to figure out a way to deal with it. I was a lead for a long time, and this is the kind of situational training you never get. You pick it up on the job. If you’re a “bridge builder” now, if you get along with everyone, if you can genuinely see a way forward in even difficult situations, be grateful. You will use it dozens of times in your career.

On these issues, a couple things have worked for me:

Acknowledge that problems will exist in the future, and develop a plan to deal with these things before they strike. Encourage people to talk with their leads, and encourage leads to listen and not criticize or immediately fix it to death. Sometimes people need to vent.

Talk up, and tell people on your team to do it.

If you have an issue with something, take it to your lead. Don’t trash the waters around you. Give people a chance to adjust things, including your perspective. I recently talked with someone who thought he was getting the run around because his boss wouldn’t level with him about an upcoming contract. “I just want to know if we’re going to make the game or not.” My feeling was that his boss genuinely didn’t know. No deal is done until the money’s in your bank account.

If you have a problem with someone, their work or the way they work, talk to them directly, if that seems at all possible to do. Sometimes, it’s a matter of misunderstanding or needing to clear the air.

At the time, though, just accept that some part of how you’re feeling is reaction, not reality. If you are the person above another person, remember the “drama modifier,” but listen and let them vent it all out without interruption. Venting is a valid and important part of the development process, and a good lead learns how to receive it and handle it well.

So why this emphasis on talking up? If you have a problem with someone and talk laterally or down, you are literally trash talking your own team and killing your own project. I’ve seen it happen one too many times as noted above.

The team quickly loses respect for the chain of command and nothing ever gets fixed since no one in a position to fix it was ever actually contacted. People continue to complain about the lead above them, but the lead – blissfully unaware of anything – keeps right on going. Meanwhile, the team falls apart, morale plummets, productivity drops and the quality of work suffers dramatically. Ultimately, your project sucks, and if it’s a professional project, it’ll follow you around for years.

So, don’t trash your lead to the people below you. Don’t trash fellow leads to other leads. If you have an issue with someone, take it to them directly or take it to the person above you, and do it professionally and without drama.

Ultimately, this is about principles, not personalities. When irritated by someone, ask yourself if it’s their work or them. This is game development, not a reality television show. You don’t have to like everyone. You don’t need to play Rock Band on the weekends. You merely need to work with them well and for the betterment of the project. Develop professional discipline to do this now, and it will go a long way for you.

[Brenda Brathwaite is a contract game designer and professor of game design at the Savannah College of Art and Design. She has been in the game industry since 1981 and has shipped 22 commercial titles. An an avid player of games, she currently spends an absurd amount of time studying them.]（Source：gamasutra）