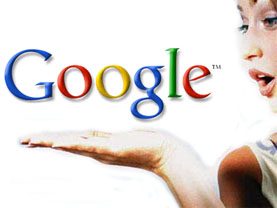 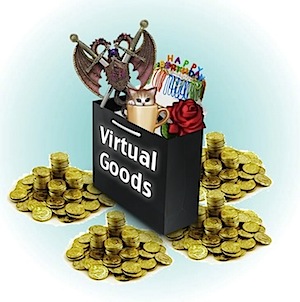 While the search giant has been engaged in a drawn-out and heated battle with Microsoft, it seems to be prepping for war on yet another front, by taking on social networking behemoth Facebook.

“I think it’s obvious that Google wants to become the primary — if not only — stop on the Internet,” said Dan Olds, an analyst at Gabriel Consulting Group. “Which means they need to not only dominate search, but also to become the biggest player in social networking.”

The Internet has been abuzz with speculation that Google is getting ready to take another plunge into the burgeoning social networking world — this time with an online games focus. Much of the talk is based on the fact that Google recently shelled out $182 million to purchase Slide, which has developed applications for social networking sites like Facebook and MySpace.

And there’s online chatter that Google has secretly bought Jambool, a company that created a virtual currency payment product called Social Gold. Google did not respond to requests for confirmation.

However, Google’s silence hasn’t stopped industry watchers from piecing together bits of information.

“Google has said little, but their acquisitions and the rumors certainly seem to add up to the conclusion that Google is planning something big in the social networking space,” said Augie Ray, an analyst at Forrester Research. “Thus far, Google has made acquisitions and launched social applications that were largely unconnected from each other and from the core Google consumer experience.

With their next and much-anticipated launch, my expectation is that we’ll see a cohesive offering that moves social into the center of the Google experience.”

The moves feed into speculation that erupted late in June when word started to circulate that Google was working to develop a social networking site that executives hoped would be a Facebook-killer. Google has never confirmed the development of the site, rumored to be dubbed Google Me.

However, Ray said it would be natural for Google to work its way into social networking, and to use the popularity of online games to help it do so. Google’s decision to kill its failed Google Wave social networking and collaboration service means the company has figured out that it needs to go after the booming social networking audience with a really big piece of bait.

And gaming could be that bait, especially for users who have their networks of family and friends already solidified on sites like Facebook.

“It is smart for Google and others to offer gaming elements as part of social strategy for a couple of reasons: First, some people — particularly younger people — enjoy social games, so these games are part of the entire picture for a social network,” say Ray, pointing to Forrester research showing that one in seven adults online plays social games.

“Secondly, social games offer revenue opportunities, including the sale of virtual goods, margins made on social currency purchases and in-game advertising,” he said.

But Ray doubts that Google will base an entire social network on gaming. Instead, games would likely be just part of the overall package.

Rob Enderle, an analyst at Enderle Group, said Google’s less-than-stellar track record so far on social networking leaves him with serious misgivings about another splashy, and most likely expensive, offering.

“Google’s failure rate with these new attempts is rather impressive — and their inability to pull much revenue or profit from even the successful ones [makes that even] more so,” he added. “Given their track record, the odds are not in favor of this working out particularly well.”