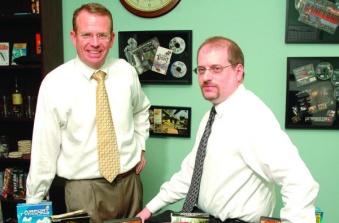 Playdom is one of the Top 3 social game developers worldwide. The US based company has been constantly in the news spending Venture Capital one acquisitions of small developers almost weekly.

Finally, two weeks ago Playdom itself was acquired by Disney for $763.2 Million. Furthermore, Playdom announced to expand on European social networks and enter the European market. What sounds like good news to users means strong competition for European developers. We talked to Lloyd Melnick, who is on charge of International Operations at Playdom about Playdom’s goals and the market potential in Europe.

Social Games Observer: Playdom will to come to Europe. Can you name some details of your rollout plan?

Lloyed Melnick: First, our games will be available in the major European languages on Facebook. After that we will go live on major European social networks. We have a deal with StudiVZ, agreements with all three Russian networks and Netlog same as with Nasza Klasa who is rolling out games and we are one of the first partners. Hopefully, we will launch our games on Skyrock and other social networks as well.

SGO: How strong do you see social game monetization in Europe?

Lloyed Melnick: I think it is going be even better for us than it is in

North America because there is less competition. One of the reasons why Playdom is expanding to European social networks now is that we were the major player on Myspace for a very long time same as Zynga had Facebook all to themselves. When you are one of the first few developers on a social network the revenues are just insane. I think it is going to be the same on StudiVZ or Netlog. One example why we think the expansion is going to be successful is our revenue on Orkut.

SGO: So you think users in Europe are going to spend as much money on virtual goods as North Americans do on Facebook?

Lloyed Melnick: I think they will even spend more but it will depend on the market. Of course users in Turkey are not going to spend as much money as users in Germany.

SGO: How do you see the Russian market? It is a big question mark for many developers.

Lloyed Melnick: That is a market where we are working with local partners because it is a very difficult market: it has three social networks plus Facebook, payment is totally different, some of the social networks are closed networks, etc.  Undoubtedly, it is a big market and we have always been very successful in Russia because it is a huge gaming market where all sorts of games are popular. It is a very important market for us and we see a lot of potential.

SGO: Operating in the Russian market, what are your trademark concerns?

Lloyed Melnick: To name an example: There are six copies of Social City in the Russian market, including one copy where you hardly see the difference. My philosophy has always been to push your games out there as quickly as possible and get strong rather than to fight them because you are not going to win. So we are not going to deal with pirates directly. Once our local partners have legal versions to our games they can put pressure on the social network to take down our copying competitors. That is what we are going to do – we are not trying to go to court.

SGO: The development cycle of Playdom games is short. Is it an advantage to “polish polish polish” the games so they do not get copied that easily?

Lloyed Melnick: Not really because they actually “copy copy copy” with the same pace. After we release new features we see them on the pirate versions two days later. It is incredible. Russians have great programmers, maybe the best in the world together with Ukrainians. We are probably setting up a development studio in Russia, Ukraine or Poland next year.