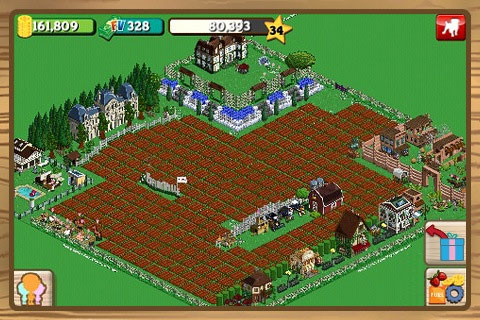 With social gaming currently sizzling hot, some developers are rethinking their platform strategies in order to capture additional eyeballs. While one leaps from Facebook to a dedicated web site and to iPhone, another hops from browser to Facebook. Meanwhile a third has decided to stay put on devices like the iPhone and iPad.

It’s a potpourri of strategies, to be sure, with each of the developers confident that theirs is what will work best for their particular game.

Take San Francisco-based Zynga, for example, best known for developing browser-based games that work both stand-alone (on FarmVille.com, for instance) and as apps on social networking sites like Facebook. Practically a year to the day after FarmVille launched on Facebook in June 2009, the wildly popular game was expanded to the iPhone.

According to Mark Skaggs, Zynga’s VP of product development, no one should have been surprised: “Our strategy is to go where the players are. And since we know that there are a large number of our Facebook FarmVille players who have mobile devices like the iPhone and iPad, why not let them have the opportunity to experience our games from that platform as well?”

“Some people don’t sit in front of their computer all day,” he explains. “And let’s say their crops are coming due on FarmVille, but they have no access to the game at the moment. How great is it that they can just use their iPhone to play?”

Skaggs denies that the transition had anything to do with the difficulties Zynga has experienced with Facebook. Since its peak of 85 million users in March 2009, FarmVille has shed more than 18 million of them. The troubles stemmed in part from Facebook’s decision to limit app notifications, which many developers rely on for the viral growth of their titles.

“I wouldn’t tie the two together,” he explains. “Facebook is a great partner and that’s going to go forward. But there are also other platforms and other avenues that we’re exploring as well.”

Skaggs chose not to elaborate.

Skaggs doesn’t necessarily believe that Zynga’s strategy — to extend its game to mobile devices — is the right one for all social game developers.

“Any business that has gone from zero to 500 million users in just a few years is going to attract developers who want a piece of that and who have their take on the best way to do business,” he says. “Ours is just one of the strategies out there.”