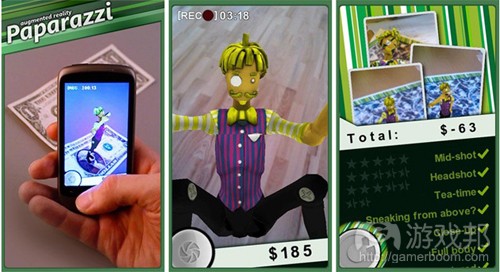 人们的智能手机持有量以及对移动游戏兴趣的增长，催生了一个利润颇丰的产业。据eMarketer统计，约31%手机用户已拥有一部智能手机，预计2015年这一比例将达到43%（约为1.01亿人）。而简·麦格尼格尔的《破碎的世界：游戏何以改变世界》（Reality is Broken: Why Games Make Us Better and How They Can Change the World）一书也指出，1.83亿美国人自称每天都要玩一个小时的游戏。游戏玩家数量已经超过了一半的美国人口。 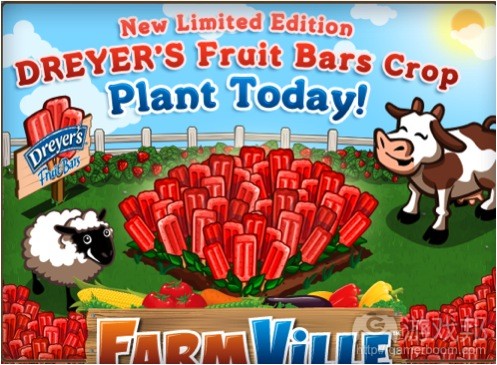 Why Location-Based Gaming Is The Next Killer App

Greg Steen currently serves as a trendspotter for Moxie, discovering and assessing marketing implications for global trends. He has over five years experience in analyzing trends and creating strategic campaigns for brands such as Verizon Wireless, Marriott and the Alzheimer’s Association.

Capture the flag. Hide and seek. Marco Polo. These location-based games brought hours of fun to many of us as children. Then video games came along and suddenly the only location you played in was the living room. Now this shift is coming full circle as innovative mobile games are using geo-location, image recognition and augmented reality technologies to combine the real and virtual worlds.

For example, the popular Finnish iPhone game Shadow Cities, which recently made its debut in the U.S., uses the city of each player as a game board, allowing them to roam their neighborhood casting spells and taking over city blocks. Players can engage with others nearby by either teaming up or fighting over territory.

Angry Birds will soon include location-based features that give players access to new characters and content. Players will also be able to compete with one another on a unique leader board tied to each location. This feature will turn coffee shops, bars and apartment buildings into proving grounds for the next Angry Birds champion and could serve as a great ice breaker for players that compete in the same spot at the same time.

Paparazzi is an Android game that layers digital animation on top of the real world, a technology known as augmented reality. The game challenges players to take photos of a 3D character standing on a table. The character becomes agitated and will throw tea cups at the player. He’ll even jump onto the phone itself if given the chance.

Games such as these can be a great fit for marketers looking to connect with customers. Logos, buildings and products can all be incorporated into the gaming environment through barcode scanning, image recognition or GPS. Such games add more depth to social check-ins, a field where developers are still trying to figure out how to create worthwhile experiences. MyTown is an early example of how this can work. Players buy and sell the locations they check in at, much like Monopoly, and products are integrated through barcode scanning, which can unlock virtual goods and manufacturer promotions.

The Location-Based Gaming Market Is Poised for Growth

A confluence of smartphone adoption and interest in gaming has laid the foundation for mobile games to become a cultural touchstone and an extremely profitable industry. eMarketer estimates that 31% of mobile users have a smartphone and projects that 43% of mobile users will have one by 2015. That’s 101 million people. Interest in gaming has grown rapidly as well. According to Reality is Broken: Why Games Make Us Better and How They Can Change the World by Jane McGonigal, 183 million Americans report playing a game for an hour a day. That’s more than half of the population.

All it will take is one breakout success and the market will explode with new players and more innovative games. Marketers should look for successful games to partner with rather than creating their own, since building a player base from scratch is difficult. But marketers would do well to think about how these integrations can enhance the gaming experience. Developers have been known to turn down partnership dollars if they fear the in-game additions won’t add something meaningful to the game.

A good example of a brand integration that improves the gaming experience is the Dreyer’s Fruit Bars campaign that is running in FarmVille. Players have the opportunity to plant Dreyer’s branded crops, which are more profitable than comparable plants and create the possibility of receiving recognition as a top grower. Dreyer’s is even bringing the promotion into the real world by selecting a few players to travel to Farmville, Virginia, and plant an actual fruit orchard for the community.

The market is primed for the right game to galvanize interest in experiences that combine the real and virtual worlds. Just as FarmVille put social gaming on the map and Angry Birds brought attention to mobile gaming in general, we could see a wave of smartphone owners flood the application markets looking for similar experiences. This will present a valuable opportunity to marketers that want to foster emotional connections with their audiences, so keep a close eye on new releases and brace yourself for the next big thing in mobile gaming.（source:mashable）