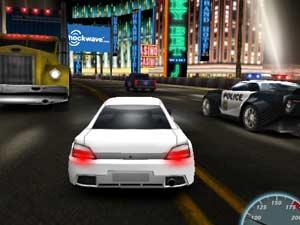 Honda Motors Co. and McDonald’s Corp. are making a push into social gaming to promote their brands, as Madison Avenue begins to take notice of the latest Web craze that is drawing growing numbers of people to games on social networks. 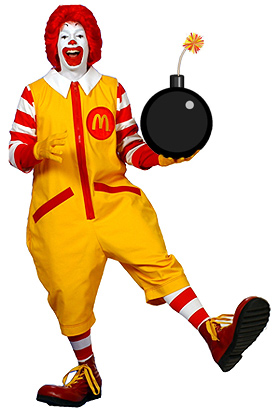 Honda is kicking off a campaign Aug. 23 for its new sporty hybrid CR-Z on “Car Town,” a recently launched social game on Facebook aimed at car enthusiasts. The game is from Cia Games, a company that is backed in part by Rick Thompson, the co-founder of Playdom Inc.

McDonald’s, meanwhile, has signed an ad deal with “Farmville,” the hit farming game on Facebook from Zynga Game Network Inc., according to people familiar with the matter. A spokeswoman for the fast-food company says it is in discussions with Zynga but declined to provide details.

Marketers are increasingly looking at social gaming as a viable ad environment to reach the legions of people spending more time on social-networking sites. A new report from Nielsen Co. says Americans spend nearly a quarter of the time they are on the Internet via their computer on social-networking sites and blogs. Moreover, gaming just passed email as the second-most popular activity online, behind social networking.

Some marketers and ad executives say games offer a better way to pitch products on social networks rather than just have people sign up to be friends with a brand. Gaming allows Honda “to be more commercial than we can be on Facebook,” says Tom Peyton, Honda’s brand manager.

As part of its campaign, Honda will have in-game ads on “Car Town,” including billboards embedded in the game that pitch its CR-Z. It will also have a custom Honda showroom in the game, with a screen inside the room playing Honda commercials. “Car Town” is based on car collecting, with players using credits to buy virtual cars to customize their own garage.

Mr. Peyton declined to comment on how much the ad push cost. Ad executives say that in-game placements cost less than $1 million.

Advertising on social games so far hasn’t been a big business. It has taken a back seat as game developers such as Zynga have largely generated revenue from selling virtual goods to gamers. The virtual-goods business is expect ed to generate approximately $920 million in the U.S. in 2010, up from $336 millio n in 2008, according to ThinkEquity LLC, a research firm.

But advertising is beginning to “gain steam,” says Debbie Williamson, an analyst with eMarketer Inc., a New York research firm. “Advertisers still want to reach big audiences and they are noticing just how many people are playing these games,” adds Ms. Williamson.

In June, “Farmville” had 9.4 million unique visitors in the U.S. who spent an average of 36 minutes on the site, according to Nielsen. “Car Town” says it had 500,000 users in its first week of operations and has over two million users since launching the game two weeks ago.

Ad spending on social games and social-media applications is expected to increase 20% this year to $220 million, according to eMarketer.

“We have dabbled” in advertising but “now we are starting to see some heat” in that part of the business, says Vish Makhijani, Zynga’s senior vice president of business operations.

Analysts and ad executives say advertising is likely to play a bigger role as established media companies such as Walt Disney Co. jump into the space. Last week, Disney said it would buy online social network Playdom, owner of titles such as Social City and Sorority Life.

Companies such as Microsoft Corp., the Cascadian Farms unit of General Mills Inc. and General Electric Co.’s Universal Studios Home Entertainment have also been experimenting with advertising on social games.

In March, Microsoft gave away free “Farm Cash” to “Farmville” gamers who became a fan of their search engine Bing on Facebook. More than 425,000 new fans joined Bing’s Facebook page in one day and 70% of them visited the search engine within the next month, Microsoft says.

Some of the early ad plays have come under scrutiny. They include so-called offers marketing, when free virtual goods are offered to gamers in exchange for accepting certain marketing offers such as signing up for a subscription or filling out a market-research survey.

The practice has been criticized as deceptive advertising because some of the offers appeared to trick consumers into signing up for subscriptions. A spate of lawsuits followed.

Gaming companies will have to tread lightly to avoid oversaturating games with ads, ad experts warn. In the past, ads cluttering online games have been met with complaints from gamers. Dustin Johnson, a creative media executive at Interpublic Group’s Mullen says: “Social-media games are a natural phenomena and the more advertising, the less likely the games will be successful, so it’s a fine line that media companies will have to navigate.”