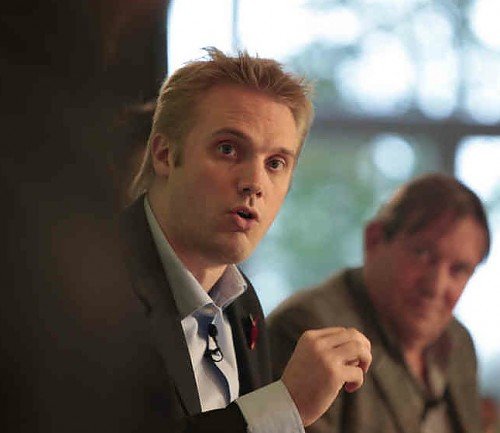 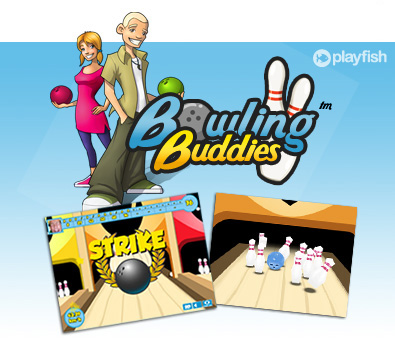 Social gaming used to involve a deck of cards, a few friends and several bottles of whiskey. It has been given new meaning in the digital age, as one of the fastest-growing arms of the video games industry. From nothing three years ago, experts predict it will soon breach revenues of $1bn and revolutionise gaming.

The rise in social gaming has piggybacked off social networks, particularly Facebook, which have seen an explosion in interest. And the popularity is set to grow, according to Kristian Segerstrale, founder of Playfish, the world’s second largest social gaming company. “We have hardly scratched the surface of what is really possible,” he said. “We’re still a young industry. We are barely two years old and are just beginning to create these experiences.”

Players log on to their profiles on a range of social networks and can play games which include managing a football team to cultivating a farm. The games are quick to access, easy to play, and crucially, most are free to start.

It is no longer a niche industry. Facebook has 250 million active players which, Mr Segerstrale said, makes it the largest gaming platform in the world. He put its popularity down to it being the internet equivalent of “playing a board game with friends or kicking a ball around in the park. It’s not about the ball or the game; it’s about playing with your friends.”

Piers Harding-Rolls, senior analyst at Screen Digest, said: “Social gaming is developing rapidly. The market was practically non-existent in 2007 and is now worth $640m.” He predicts the market would be worth $1.5bn by 2014.

The evolution of social games is already shaping the industry, Mr Segerstrale added: “Many things social gaming represents will form the core of where the broader industry is heading. We are at the bleeding edge of that evolution.”

Playfish’s first release was Who Has The Biggest Brain? launched in December 2007. “We literally invited 100 of our friends to play it and used zero marketing,” Mr Segerstrale said. “To date the game has been played by 20 million people; it all came from our friends.” It followed with titles including Pet Society, which was played, at one stage, by 20 million people a month.

The first social game to really reach a mainstream audience was Mafia Wars, which was released by Zynga, the largest global social games developer, Mr Harding-Rolls said. It was overtaken by a gaming phenomenon released by Zynga in June last year. FarmVille, a game where users tend virtual crops and rear digital livestock, had 70 million active users a month at its peak.

The games industry was caught by surprise by the social trend. Mr Segerstrale said: “Only a handful of companies took the market seriously, and none of the traditional developers was interested.

Out of those only two survived: us and Zynga. The other ones like Playdom were later iterations.”

Google has since invested in Zynga, while last month, Disney bought Playdom in a $763.2m deal. This came eight months after Playfish was bought by the heavyweight gaming developer Electronic Arts (EA) in a deal worth $300m.

While there are few signs of the new parent in Playfish’s west London office, the impact of the deal is already clear. Shortly before the World Cup this summer, the group released FIFA Superstars, the first social game spin-off from an existing EA franchise. “In lots of way it represents the coming of age of the social games industry. It’s the first multibillion-dollar franchise that has arrived on the social networks,” Mr Segerstrale said. It is the biggest social sports game with 5 million players a month.

The benefit of a social game above a traditional release is it can be consistently developed and upgraded to suit its players. This is attractive to companies, although they are risk-averse when handing over control of successful franchises, Mr Segerstrale said. “We track more than a billion data points a day about player behaviour, trying to understand what ultimately drives our players and what they find fun. The most important lessons we learnt were not to second-guess the audience,” he said, adding they also track comments and criticism from gaming forums.

Mr Segerstrale, a Finn in his early thirties, studied in the US for two years before taking up a place at Cambridge. He settled in London after also studying at the London School of Economics, to

pursue his interest in games.

Playfish was not Mr Segerstrale’s first venture into the games industry. He co-founded Macrospace, a company developing games for mobile phones in 2001. He left in 2007, two years after it merged with Sorrent to form Glu Mobile, which had grown to become the third largest gaming company in the world.

He was already thinking about where gaming could go. “I was fascinated by Facebook. It was almost a game without a game; how many friends do you have?” The team behind Playfish raised $3m at launch – “a huge amount of seed funding for a small company” he said – and later raised an $18m war chest. “We set up Playfish to change how the world plays games. Not to dabble in a small part of the online world, but capitalise on the tectonic shift away from physical products to digital,” he said.

The catalyst for social gaming’s growth was Facebook’s decision to open up its platform in 2007. “It seemed to me this would be the most exciting thing for games ever. For the first time you could take the idea of socialising and add layers,” Mr Segerstrale said.

Playfish is growing fast and has already had to move its London offices twice. It is looking to hire 25 more people this year. The group also has offices in San Francisco and Beijing. It released Pirates Ahoy! earlier this year and is working on a “bigger more involved product with EA. We want to take it to the next level.”

Mr Segerstrale added that the industry is set to develop beyond the Farmville and Pet Society-style games. “There will be a ton of innovation coming up, as that style of game has been done in quite a lot of ways. The more sophisticated players are open to new more interesting things, which will come through in the next year or two.”

Yet, Mr Segerstrale expressed huge concerns over the lack of new blood coming through in the UK online market. “We desperately need consumer internet talent,” he said. “Smart university graduates need to stop looking at consultancies and investment banks. There are enormous possibilities in London, as the talent is extremely scarce. We are looking for people who want to change the world and not just move money about. Unless we close the talent gap, we definitely won’t see the next Google come out of London.”

He concluded: “The internet goes through waves of innovation in wonderful directions. The social direction is here to stay. We need to show grads that there is an alternative. That you can turn up to work in jeans and a T-shirt and have an impact on millions of people’s lives.”

Who’s who in social gaming

The group behind the social gaming phenomenon FarmVille, Zynga was founded in San Francisco in 2007. It is the largest social gaming group in the world and has received investment from Google and Russian IT investors Digital Sky Technologies. The group, which has 750 employees, has made up with Facebook after a row this year over the “virtual money” used by gamers online. Recent research said that if the group floats, which is heavily rumoured, it would be worth $5bn (£3.1bn). Other games include Mafia Wars, Texas Hold’Em and PetVille

The third largest social gaming group was snapped up by Disney last month in a deal which could be worth up to $763.2m. The group, with titles including Social City, Sorority Life and Bola, has about 42 million active players a month. It was launched in 2008 by two Berkeley graduates in San Francisco and boasts the number one game on MySpace: Mobsters.

Five Minutes is the most prominent social gaming company to emerge from China. It was founded in Shanghai by three college students in 2006, with its first success coming from Happy Farm, which has on average about 23 million daily users. At the end of last year, the group was handed $3.5m by the investor Draper Fisher Jurvetson.

SlashKey made its name with just one product, another agricultural game in Farm Town, which prompted it to become the third most popular Facebook enhanced app in 2009.