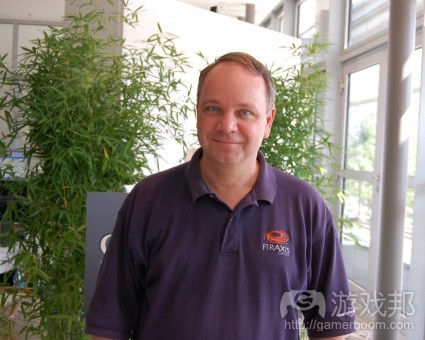 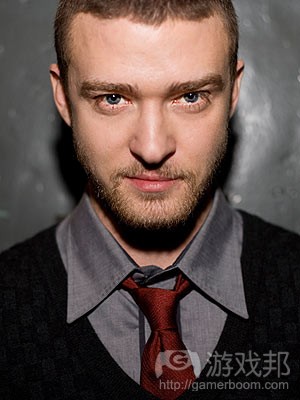 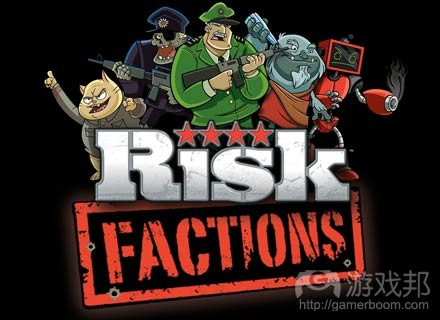 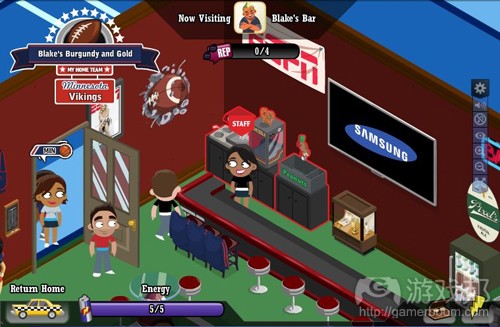 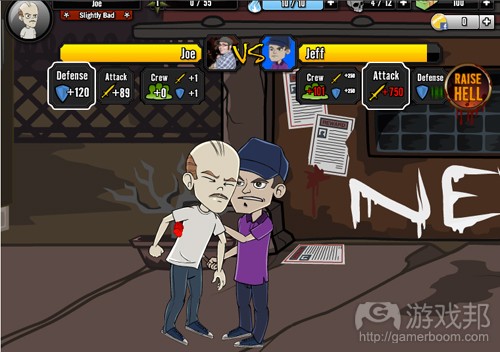 1）Zynga Launches PrivacyVille, a Gamified Version of Its Privacy Policies

As Zynga edges closer to its initial public offering, the social game developer seems concerned with educating the masses both on social game revenue models and on the actual fine print of social game privacy policies. Today, the company announces PrivacyVille, an interactive walkthrough of its privacy policies that rewards participants with zPoints to spend in gift network RewardVille.

The experience can be clicked through in about two minutes, with each structure on the CityVille-like map representing a different component of Zynga’s privacy policy. The tutorial text seems to stress to readers that Zynga will collect players’ information from Facebook and from mobile devices and share it with third-party service providers, the legal system in the case of a court ordered disclosure, and with other players in cases where a player’s icon displays a link back to their Facebook account. Once completed, the tutorial gives participants a quiz on the policies with very easy-to-guess multiple choice answers. Completing the quiz activates the deposit of 200 zPoints into the player’s RewardVille account (enough to buy one of the more expensive decoration items, like the Zynga Zeppelin).（source:insidesocialgames）

Late last month, Facebook enacted a new spam control system to cut down on the rampant spam on the company’s application platform. But the company quickly came under fire when the new controls apparently cut out a number of legitimate applications. Disgruntled developers quickly took to Facebook’s message boards and the press to complain about the company’s lack of communication prior to the shut-downs.

It looks like Facebook heard those complaints loud and clear. On Thursday the company announced several changes to its application developer tools and its app spam control policy to give developers more insight into how their apps are being received by the larger community — before those complaints prompt spam control action. Facebook is now rolling out a “news feed” tab in its developer dashboard that shows the positive and negative feedback apps have received in an easy-to-read graph form.（source:gigaom）

3）Meier: ‘Find The Fun,’ And Money Will (Hopefully) Come In Social Games

Social network games have been accused of being highly viral marketing machines that place monetization methods before actual game design.

But renowned Civilization creator Sid Meier told Gamasutra in a new feature interview that he is taking his own approach to the fast-paced social gaming space with his new Facebook game CivWorld — a design-driven approach that he brings from his years of working in the more traditional packaged games space.

“If we can make a fun game, there will probably be some way for us to monetize that,” Meier said. “Some people will find that experience hopefully compelling enough, fun enough to want to invest in it.”

It’s a philosophy that puts a lot of faith in the audience, as well as in the design expertise of himself and the CivWorld team, he admitted.

“That’s the way we look at it,” he said. “It’s not about having a monetizing engine and trying to attach a game to it. It’s about making a game that people want to play, and then thinking about the monetization issues.”

Meier isn’t totally against using metrics and other conveniences that social gaming development offers. But he believes that a solid basis of fun game design will pay off.

“Really thinking about how monetization can be done without destroying the experience for other players is really important,” Meier added. “It was a new thing for us, and we wanted to be really careful about how it was done. So, a fair amount of thought did go into that.”

The designer is aware that his approach to social game development differs from other social game makers (for example, CivWorld has been in development for a year-and-a-half, whereas Zynga’s wildly-successful FarmVille was built in five weeks), but he’s hoping Facebook-goers will start to catch on now that CivWorld has launched in open beta.

If you remember when Justin Timberlake became a solo artist, chances are you remember Myspace. It was founded by Chris De Wolfe and Tom Anderson in 2003, and it quickly became famous as a way to connect with friends and for bands and artists to promote their work. It was bought by News Corp in 2005 for approximately 580 million dollars and would peak in popularity in 2008.

However, Facebook was and up an coming social platform, and Myspace’s popularity plummeted in response to the competition. Myspace’s members decreased by almost 40 million in 2011, and News Corp sold the company for 25 million – paltry compared to what it was originally bought for.

However, not everyone has lost interest in Myspace. Specific Media has teamed up with Justin Timberlake to buy the social networking site. They seem like an odd couple. Specific Media is an “innovative global interactive media company that enables advertisers to connect with consumers in meaningful, impactful and relevant ways”. And Timberlake? Well, he brought us “Like I love you”. Or at least, many people will associate Timberlake with his music and film career. In fact, he has launched a clothing line with friend Juan Ayla, has his own brand of tequila, and has re-developed a golf course in his home town to be eco friendly.

What plan do these unlikely partners have to rejuvenate MySpace? Well, it looks like they’ll be playing in familiar territory for Timberlake: arts and entertainment.CEO of Specific Media, Tim Vanderhook noted: “When we met with Justin and we discussed what our strategy was, we hit a chord with him. One of his passions is he really enjoys helping other artists and creating a community for people to express themselves. I think we were blown away that we were able to get someone like Justin to be so excited about what we were doing”

Specific Media plans on releasing more details in two months, but notes that the general plan is to “evolve Myspace into the premiere digital destination for original shows, video content, and music.” In a statement, Timberlake agress: “There’s a need for a place where fans can go to interact with their favorite entertainers, listen to music, watch videos, share and discover cool stuff and just connect. Myspace has the potential to be that place.”（source:socialtimes）

At the EA Summer Showcase event today, the publisher announced that internal social game studio Playfish would bringing Risk: Factions to Facebook in the near future as well as launching two standalone iOS games for its Pet Society and Restaurant City social games.

Risk: Factions was originally an Xbox Live Arcade/PlayStation Network/Steam downloadable title that put a cartoon-y twist on the classic strategy board game. Players could choose to be humans, cats, robots, zombies, or yetis with each faction being an unlockable reward for completing a single-player campaign. The Facebook product innovates on the system by introducing faction-specific weapons like a “cat dander bomb” that better differentiate the forces in combat.

Spencer Brooks, Producer at collaborating studio EA Hasbro, also states that the player versus player competition will be emphasized. “A lot of social games that have PvP are about competition as much as they are about collaboration,” he says. “We’re going for total ownage.”

Pet Society and Restaurant City, meanwhile, are both coming to iOS in the form of independent games due out this summer. Pet Society: Vacation will feature some integration with the Facebook game in the form of unlockable content and player level rewards while Restaurant City is a completely unique experience with no actual interconnection. Each game has both a premium currency specific to its IP and a standard currency earned through gameplay. Both games will use Facebook Connect.（source:insidesocialgames）

Playdom have launched a new game today in partnership with Disney property ESPN. ESPN Sports Bar & Grill is an isometric simulation game featuring some truly interesting real world sports connections. Players choose a home team and colors and set up their own hopping bar to attract thirsty and hungry sports fans. The bar and snacks have to be restocked frequently to make sure you can keep your supply up with the demand of your patrons. You level up by completing quests and goals that encourage you to decorate your bar, serve more customers, and expand your space.

That’s about where the generic stops and the intriguing begins. Playdom have a real strong advantage in the sports arena as a Disney-owned studio. The game’s ESPN connections make ESPN Sports Bar & Grill feel realistic and actually useful. A television behind the bar can actually broadcast live game scores in addition to previously recorded games. You can choose real teams instead of fake imitations. A ticker above the game keeps you up to date with the latest ESPN sports news. The majority of the decorations available for your bar use real sports teams and ESPN branded gear. You can even listen to live ESPN sports radio within your bar, and they have a partnership with Samsung as well.

Players can visit their friends and help them out by restocking their bar and serving their patrons while they’re gone. One interesting fact about ESPN Bar & Grill is that Facebook game players who are under 21 play a different version of the game that doesn’t feature alcohol. This allows Playdom to serve a larger audience without locking down the application to 21+ players to remain compliant with Facebook policy.（source:games）

7）Eminem has a Facebook game–way to keep it gangsta, Slim Shady

Aspiring thugs, the new way to show you’re 100 percent gangsta has arrived: Eminem has launched his very own Facebook game. Titled Bad Meets Evil to match the name of Eminem’s side project, the game is designed to promote Hell: The Sequel, a recently released EP by the duo.

But what you get is the rappers essentially shouting obscenities in your ear as you stab random passerby on your journey to Hell. That’s the goal: to become so evil you reach the fiery pits of Hades. (This ought to be fun.)

Well, that and to get you hyped enough about Eminem to buy his new EP from iTunes. At any rate, the game operates like your standard fare with an energy resource that depletes as you search for Skulls, the game’s primary currency, to kill random fellows walking down the street.

This increases your level and access to new weapons and gear with Cash, the game’s standard currency. However, fighting your friends and random computer-controlled characters (asynchronously, of course) costs Skulls that can only be filled with Facebook Credits or by using more Energy to search through objects.

It should go without saying, but to cover our bases, this game is absolutely NSFW for more reasons than we can count. Honestly, the number one reason Bad Meets Evil is NSFW is because we can’t possibly think of ways for you to explain when your boss walks by and notices that your screen reads, “Shank that motherfucker!”

While highly interactive with its own battle system, featuring fully customizable characters and smooth animations by developer Grab Games, Bad Meets Evil appears to be more of a set piece for Eminem and his music than anything else. In fact, almost every environment within the game has a video screen that can play either promotional content or Eminem’s music videos. So, if you want to hear some of Eminem’s new tracks while stabbing a few dudes, give it a go, I guess.（source:games）