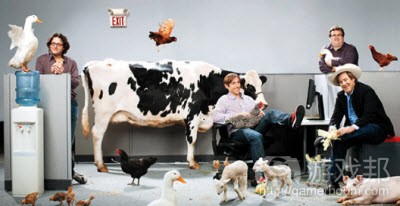 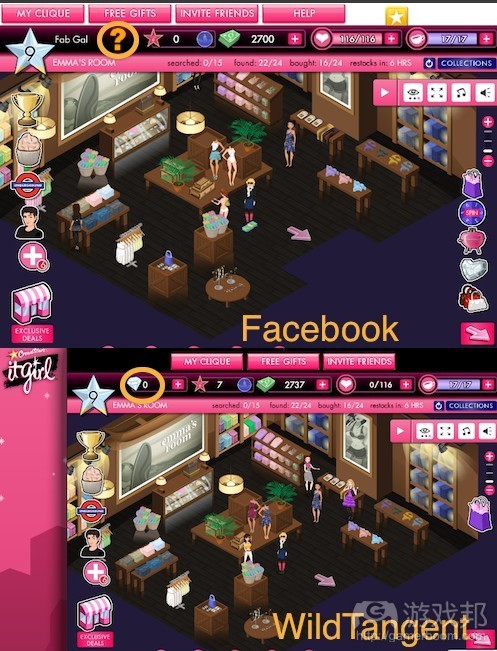 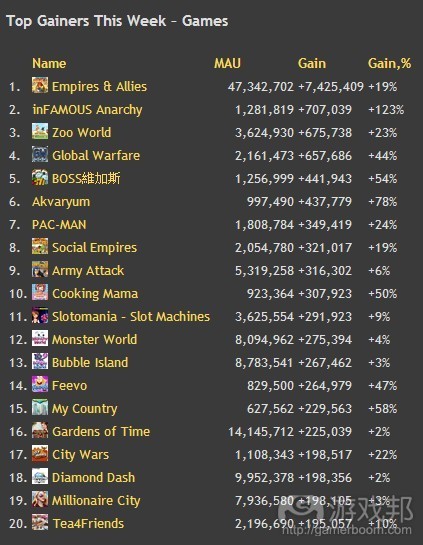 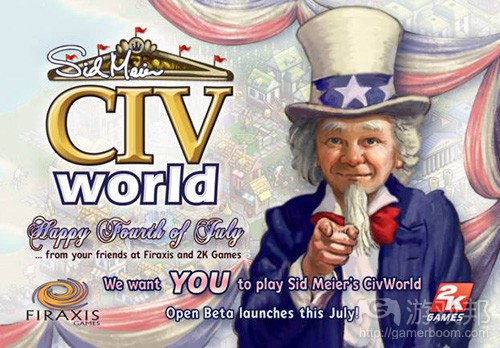 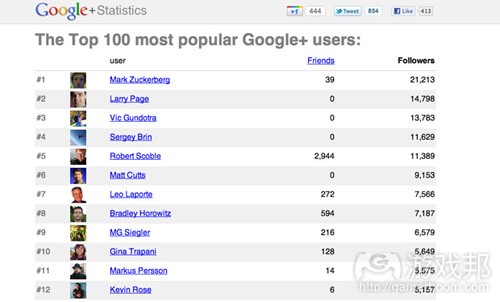 1）Zynga planning to diversify beyond Amazon, build its own data centers

One of the little-known facts about social game giant Zynga is that it’s one of the biggest operators of cloud computing infrastructure, built to support its current customer base of more than 281 million monthly active users.

For much of its four-year history, Zynga has relied on a third-party hosting company, Amazon Web Services, for the hardware infrastructure for its server-based games such as FarmVille on Facebook.

But to cut costs and diversify its risks, Zynga is now investing more money in building its own data centers, according to the company’s initial public offering filing with the Securities and Exchange Commission.

Zynga considers the investment in its own infrastructure to be important enough to warrant an investment of $100 – $150 million in the second half of 2011, according to the filing.

The company’s relationship with Amazon, which makes its own data centers available to host applications from third-party customers, allowed Zynga to grow quickly in its early days. Most Facebook game companies use Amazon as well, but the ability to design applications that can scale up in the number of users quickly is one of Zynga’s competitive advantages, according to an interview last September with Zynga’s chief technology officer, Cadir Lee.

For instance, Zynga wasn’t the first to produce a major farm simulation game. Farm Town came out before Zynga’s title, FarmVille. But Farm Town had trouble scaling as it grew well beyond 10 million users, while Zynga’s FarmVille, built on an engine acquired with the purchase of MyMiniLife, was able to pass Farm Town in part because it scaled well and didn’t have performance slowdowns as it added more and more users. That’s a credit not only to the quality of the application and the engine, but to Amazon as well.

“It’s not the amount of hardware that matters,” Lee said in September, 2010. “It’s the architecture of the application. You have to work at making your app architecture so that it takes advantage of Amazon. You have to have complete fluidity with the storage tier, the web tier. We are running our own data centers. We are looking more at doing our own data centers with more of a private cloud.”

Right now, Zynga can add as many as 1,000 new servers to accommodate a surge of users in a 24-hour period. The company’s servers can deliver a petabyte of data to users each day.

The question remains whether Zynga will migrate fully to its own private cloud, or its own infrastructure, and move away from Amazon Web Services. Zynga said that one of its risk factors is its dependence on Amazon Web Services, which had an outage for several hours in April that made it impossible for users to log into some of Zynga’s games. Zynga does not specifically say in its IPO document that it wants to get rid of Amazon.

Zynga also said that it’s hosting costs go up when the company’s user demand exceeds its planned capacity. If Zynga needs more computing power than it ordered in advance because a game is taking off quickly, it has to pay more to its hosting company to get that additional temporary data center capacity. If Zynga owned its own data centers outright, it wouldn’t have that problem.

But owning data centers also comes with risks. If the demand for Zynga’s games were to drop dramatically, as has happened on occasion, Zynga would get caught with too much infrastructure on its hands and losses could result. That’s probably why Zynga will likely own part of its data centers and will rely on external hosts for the rest.（source:venturebeat）

By Inside Social Games

Café Life is an older Facebook restaurant simulation that seems to be experiencing a second wind of growth started in late May 2011, despite the genre’s apparent saturation on the platform.

Developed by Tencent’s Icebreak Games, the game now tops all three of the developer’s Facebook offerings — even its younger sibling, Paradise Life.

According to our traffic tracking service AppData, Café Life has 2,024,899 monthly active users and 280,675 daily active users as of July 1, 2011. Traffic levels were collected before the date of publication as 55% of the game’s audience is based in the United States, making it vulnerable to fluctuations on account of the 4th of July holiday.

Icebreak Games couldn’t be reached for comment on what factors contributed to Café Life’s new growth trend in time for this review’s publication, but we observe that the developer recently added a Mastery System that allows players to enhance their proficiency at producing each of the game’s items across five skill levels: Trainee, Commis, Pastry Chef, Sous Chef and Head Chef.

Additionally, the developer looks to be maintaining a steady flow of new restaurant themes and avatar items, such as a variety of 4th of July apparel.（source:insidesocialgames）

3）WildTangent Brings It Girl, Other Social Games From Facebook to WildTangent.com

Casual game network WildTangent announced on Friday the availability social games through its off-platform site, most notably several Facebook social games like CrowdStar’s It Girl. Interesting timing for the announcement, given that Friday was the day Facebook Credits integration became mandatory for social games on its platform.

It Girl has been one of Facebook Credits’ longest-standing supporters, offering it up as both the premium in-game currency and the sole means of purchasing items almost a year before the currency became mandatory. As of Friday, Facebook Credits have disappeared from the premium currency role in the game, leaving only the soft currency displayed in the main game screen. Facebook Credits are still the sole means of purchasing items from store menus. Meanwhile, on WildTangent’s games site, It Girl still has premium currency in the form of “Diamonds,” which can be purchased with WildCoins — the platform’s equivalent to Facebook Credits. Compare the two screens below for the differences (orange question mark added by us):

CrowdStar CEO Peter Relan tells ISG that that the differences between the Facebook version and the WildTangent version of It Girl are purely cosmetic. “The only change is removal from balance display from game [user interface] since Facebook is showing this info prominently to the user,” he says.

Sean Vanderdasson, SVP at WildTangent also states that its social game offerings like It Girl require players to be logged into Facebook. The reason for that is that players and developers are striving to keep the game consistent cross-platform. WildTangent is also the operator of BrandBoost, a video advertising platform that’s currently still available in several Facebook games.

Facebook’s current policy on games that run both off Facbook and through a Facebook canvas app is that the title must offer price parity between platforms. Players are allowed to purchase in-game currency off-platform and then use that currency in Facebook canvas app, if the developer’s game supports cross-platform wallets and the developer is not blatantly driving users off-Facebook to make payments. Additionally, off-platform games using Facebook Connect are not currently required to implement Facebook Credits.（source:insidesocialgames）

Though console video game tie-in inFamous Anarchy kills it in percentage of growth gained in monthly active users, Empires & Allies still sits at the top 20 for this week while Zoo World 2 (here shown as Zoo World) holds onto its position from last week.

The rest of our list reflects quite a few of the newer games making the rounds, including Tea4Friends, City Wars, and the licensed version of Pac-Man from Namco Bandai Games. Older games from earlier in the year also hang onto their growth trends with the Chinese version of Boss Vegas showing up in the top five and Gardens of Time slipping to 16.

The appearance of Tea4Friends and Cooking Mama on this list makes us wonder if the restaurant simulation genre isn’t as stale as we thought it was. While it’s true that older titles like Restaurant City and Cafe World have lost some steam, we’re not seeing developers being discourages from creating new games in the genre. The big question is whether or not these new titles add anything to the gameplay experience or merely mimic best practices from previous games. Copycats are sadly no stranger to the Facebook games platform.（source:insidesocialgames）

5）Civ World open beta launches next week on Facebook; get ready to conquer all

2K Games and Firaxis have announced that the highly anticipated open beta for Civ World on Facebook will launch next week! Now, don’t freak out gamers, but this is pretty big news. We’ve been covering the game extensively leading up to this open beta launch, and share in many players’ excitement about its launch.

Civ World looks to be the most accessbile Civilization game ever released, with persistent gameplay with team work between players, as experienced players share tips and world domination strategies with their less experienced friends. You’ll be able to work with friends to research technologies, build grand ancient wonders, and work together with military units as you choose which enemy civilization to invade next.

We’ll make sure to give you a complete look at the game’s open beta when it launches next week, so keep checking back with us!（source:games）

6）Mark Zuckerberg Is The Most Followed User On Google+

In what has to be somewhat embarrassing for Larry Page and Sergey Brin, Facebook CEO Mark Zuckerberg is the most followed user on Google+, according to the Google+ Statistics counter.

Google+ Statistics creator Boris Veldhuijzen van Zanten explains the CEO’s unlikely popularity thus, “He has the most friends in the world, they made a movie about him, and he is more handsome than the Larry and Sergey.” I think the answer goes more like this; The more media coverage someone receives related to Google+, the more followers they get, hence MG Siegler at #9.（source:techcrunch）