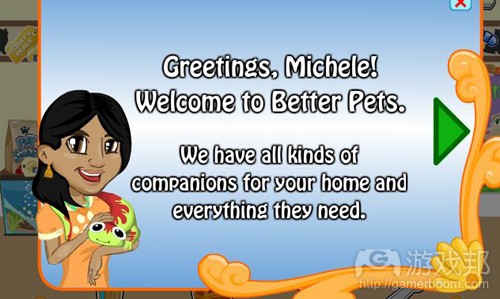 What Social Games Can Teach Us

I work in Facebook games as a Game Designer. It is my starter job in the industry and if I am absolutely honest it was more about gaining experience and getting ‘my foot in the door’ than having a burning desire to work on these types of games.

I think that many of the games out there are ultimately flawed on a game design level and there are an awful lot which are very shamefully obvious about wanting players’ money, friends, time and souls. I have always been a gamer, spending my childhood in a darkened room where the only light I was exposed to was the dim glow of my television screen, so my personal preference for games is quite removed from the mass that appear on Facebook.

However, after over a year of working in this section of the industry there are some interesting game design issues that I have had to rethink and have tested my knowledge somewhat and I truly believe that there are things to learn from the way social games are made, if not always by the games themselves

Good tutorials in games are like Nicolas Cage turning down a movie, a rare thing. Not just in social games but with AAA as well. I really don’t want to have to wait 10-15 minutes for the intro of the game to finish falutning its shiny light effects and fancy animated water, I want to actually play the game I’ve just bought. But that’s the thing, I’ve already bought it, so I will persevere out of principal to get to the end of the incredibly elaborate and somewhat tedious intro and to start actually playing the game, just to get my money’s worth.

Facebook games are free, so before you even think about introducing any type of encouragement to convert players into payers, you have to ensure that they have got past the intro and have actually started playing your game.

The players of FB games are a shallow and vain lot and the success of your game depends on snap judgements, so if you don’t hook a player in the first 2 minutes of game-play then they will leave to go and play something else. This is harsh, impatient and entirely fair.

Why should we force players to learn all those complicated strategic game rules with all their fancy nuts and bolts? It’s their game and they just want to play it. FB games require special thought as to how the tutorial works, which in turn can benefit all types of games. Firstly you have to be incredibly clear and simple. This doesn’t mean having to have a simple game just simple enough to introduce.

If I say “Here is my game which requires you to build a restaurant from the ground up which you can completely customize if you want but really you only need some essential items and then you can show it to your friends and blah blah blah” I would be hearing a lot of “Woah now Mr Wordy pants, I have 5 mins to play this game in my lunch break, I am not going to sit around just reading message boxes”. But if I say, “This is a game about owning a restaurant, make sure yours is the best!” then that is a much easier hook.

Secondly, they have to be non-text heavy, If these players wanted to read about some bad-ass gun-wielding hero who is the only hope to save the post apocalyptic world of Mundaneia then they would be reading a book.

This doesn’t mean the game can’t have a great integral story, it just means you don’t have to tell everyone about it in the first 5 minutes. You have to grip a player in that first instant and make them say “Yep I have finally found you. You are the one for me, the game I will commit myself to for the rest of my life…or at least the rest of the week”. No matter how good your game is after 5 hours, no-one is ever going to know if they don’t get past the first 5 minutes.

2. Communications: The unjustified manner in which verbose boxes of an instructional nature are unnecessarily thrust upon the unwilling spectator!
FB game have to be great at communicating with the player. Mostly people play FB games in their lunch breaks, or when they have a cheeky 5 mins with nothing to do Yes there are hardcores who are playing all day long but generally players don’t have hours to invest in these games on a daily basis.

Overall they may return each day to play but the majority of people just want a fun distraction. Therefore the communication from game to player has to be spot on. Only say the relevant information that the player needs to play the game. You don’t need a 10 minute cut-scene explaining how this emerald was dug up from the depths of Mordor, crafted by a dwarf with no fingers and toes and when the power is harnessed for the greater good it can transform your mind and increase your ability to…play the game a bit longer.

You just need to tell the player that this emerald will increase your health and let you play more. This doesn’t mean that you can’t have an elaborate story but it has to be there as a sticky thread which all the other game elements are attached to rather than a big mass of glue which all the game elements get stuck in. So your instructions and communications to the player have to be short, simple, direct with absolutely no room for ambiguity. Let’s face it, this is not what always happens in AAA games either.

Who are playing FB games? The simple answer is everyone. When I first joined my company, I was told that the majority of our players were female, American and 35+ and most likely homemakers. I’m a 20+ British, self confessed gamer-girl geek I have no idea what the average American housewife wants from a game.

But after spending months in the forums, listening to players’ comments, feedback and criticism, I learnt much more about what our players wanted from their average Facebook game. In this case, it was a game which could be accessed easily for a few minutes at a time, with lots of opportunity for self achievement and something that tested the mind but was not too challenging.

This was fairly removed from what I would want myself from the games I play. But that didn’t matter, their wants and needs were perfectly justified and they had the right to a game system that worked for them as well.

So are FB games really a blasphemy to all gaming that has begone before it? Not necessarily in every case depending on how you choose to look at it (nicely avoided don’t you think?). There are issues and flaws…like all sections of the games industry.

There are corporately pressed suits who don’t care about the players wants and needs and are only out to fill their nicely lined pockets…like all sections of the games industry. But there are also people who have accepted the challenge and the restrictions of the platform and want to use it to create something interesting.

We can use this opportunity to learn about different ways to design games and for the first time connect to a variety of people from different ages, background and beliefs. That’s a good thing, right?（source:gamasutra）