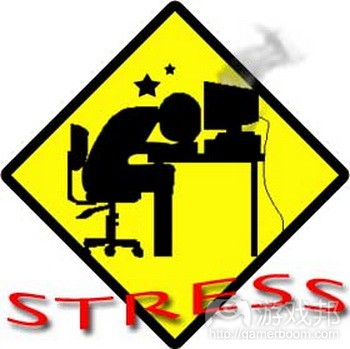 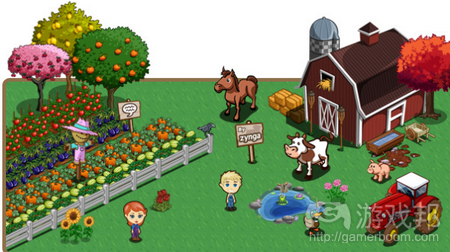 Menkes（游戏邦注：《Better Under Pressure: How Great Leaders Bring Out the Best in Themselves and Others》作者）表示，“人们之所以认为压力不健康通常是因为他们未理解忧虑本质，即感觉。”

Stress as a feature in Social Gaming

1.  Recognize worry for what it is

“When you hear about stress being unhealthy it is so often because people aren’t getting to a place where they are seeing worry for what it is: a feeling,” says Menkes (author of Better Under Pressure: How Great Leaders Bring Out the Best in Themselves and Others).

What this means is that stress is something that is spontaneous and comes when the situation calls for it. Stress is actually a natural response to adversities and it helps individuals be more alert and carefull about their actions, giving more importance to the whole experience.  This principle actually applies to most of the game genres, however social gaming is crucial about stress and giving importance to moments. They suggest users ways to become better, grow and achieve greater things by doing simple stuff, hopefully stuff that requires a small amount of time and resources.  This is something that is clear to players even if they are not conscious about it.  Users are thrown with small stress permanently, a stress that is caused due to their responsibility of having to get in the game and perform some actions on time every day.  Even though they aren’t clear about how stress is something that is just a feeling, they know that it lasts only while they play the game.  They have control of it, they know it and are sure about it.

However, this is not enough for Social Gaming.  It is precise that social games do not use this kind of stress permanently.  I have experienced playing differente social games, and the best are those which require the least amount of attention from the user.  Attention is a must requirement, but the most intense it is the most tiring it gets.

2.  Then, reframe the stress

“Achor’s research shows that how you view stress determines its effect on you. “Our brains work much better at positive than at negative, neutral, or stressed,” he says.” (Achor is an expert in positive psychology and founder of Good Think, Inc.).

Translating into gaming, this means stress shouldn’t be a vicious thing.  Most game genres are perfect about exploiting this principle since they teach players how to handle great amounts of stress most of the time.  Games are perfect because users not only learn to handle stress but they can also control the amount taken according to their desires and tolerance. However Social Gaming has a small disadvantage and it is that once the timer starts, there’s (in most of the cases) no turning back.  Users start playing a social game and they just have to go on with the game’s schedule.  The only control they have is to keep playing or stop (and lose their progress).

This stress reframing is actually very rare in social games.  Most social games are designed to put the user in a game cycle that repeats itself infinitely.  Wouldn’t it be great if instead of making it a cycle creating some kind of progressive ladder where once the player finishes a “cycle” he is given with a rest and maybe some changes in the game mechanics?

3.  Focus on what you control

This is specially a good exercise for social game designers, and to any game designer of any genre.  It is crucial to think about those things that the player will be able to control and those which he won’t.  The main idea when doing this is to create a perfect balance in the amount of stress that the player will handle and how he will be able to approach it.  If things become very controllable there wouldn’t be much of a challenge and the game would become rather boring.

“Knowing that you have somebody to turn to can help a lot.”

This is specially true for social games.  In fact social gaming should turn to this principle in most of the design decisions taken.  It is great if you have a constant input of stress and rely on collaborative support with fellow gamers to help you deal with it.  The stress would then split on two objectives, 1) evolving in your own virtual world and 2) finding friendly support.  The good thing about the second objective is that it wouldn’t be mandatory, is something you can turn to when in need.

There is something I saw from an article about one-live videogames.  What they do is that they let you practice a lot before attending the “real” game.  That way you don’t go into the real game until you practice enough to let you be sure you will succeed in the the real game… and then if you lose in the real game you lose forever.

Is good to have an experience where losing is posible. Most social games won’t let you lose, they just make you know you wasted some time if you don’t pay enough attention to the game.  I believe losing is posible in social gaming and it should also be encouraged.  It should be encouraged in the same measure that practice should be encouraged.  After all social games are long experiences, they last several days and it could be really frustrating to just lose all the progress.  However, if there is enough practice and the player knows for sure that his decisions are correct, it will give the player healthy confidence and security.（Source：gamasutra）