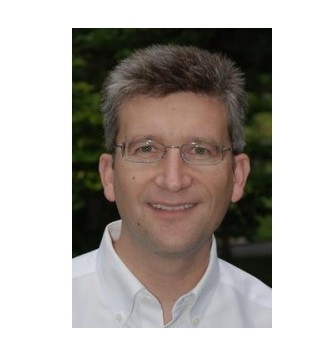 Dave Wehner, former managing director at Allen & Co., will be the new CFO. Wehner has worked at Allen & Co., the media and technology investment bank headed by Herb Allen, since 2001. He replaces Mark Vranesh, who becomes Zynga’s chief accounting officer, reporting to Wehner. A source familiar with matter says that the hiring does not signal that an IPO is coming soon. Given his background, it might be more likely that Zynga will continue its string of acquisitions.

Zynga declines to comment on whether it will do an IPO. With its private valuation estimated at around $4 billion to $5 billion, the IPO could be one of the biggest events in the young social gaming market, where Zynga dominates the field. While it has the best hope of doing an IPO, Zynga has also raised $520 million, a considerable war chest that can actually help it postpone an IPO.

(Facebook itself is rumored to be delaying its IPO until 2012.)

About $150 million of that amount was raised by Zynga this week from SoftBank, which has formed a Japanese joint venture with Zynga to publish social games in Japan’s mobile and PC markets.

Another $150 million is expected to come from Google.

Wehner led corporate finance teams at Allen & Co. Those teams raised capital and assisted with acquisitions for the firm’s Silicon Valley clients. Wehner also was involved in Allen’s principal investing activity, sponsoring the firm’s investments in Pandora, Quantcast and StubHub. Before joining Allen & Co., he worked as vice president of corporate development for an e-commerce startup and at the tech investment banking firm Hambrecht & Quist.

As reported by every blog that covers social games, Zynga has hired Dave Wehner, former managing director at Allen & Co., as its new CFO. What’s next – acquisitions? IPO’s? Speculate, we must!

VentureBeat speculates this move indicates that Zynga is moving ahead on more acquisitions this year. With Playdom no longer buying a social games company a month due to its purchase by Disney, and hundreds of social game developers making less money on Facebook this year, Zynga seems to be in a good position to acquire whoever it very well wants to right about now. Surely they could use a few more hits now. FrontierVille is a bear of a hit (ha ha) but their flagship titles continue to slowly decline in traffic.

Techcrunch has another interpretation: this is yet another indication that Zynga plans to go IPO. Again, one does not need to be a detective to come to this conclusion. It is not a secret that Zynga wants to go IPO, and hiring a financial guru from Allen & Co., a well-known Wall Street firm, is another small step to go IPO.

The question is not whether Zynga will go IPO, but when? Facebook has announced they do not plan to go IPO until 2012. Does Zynga wait for Facebook to go IPO and then ride in their coattails? Or, does Zynga go public before Facebook and steal their thunder?

Given the love-hate relationship between the two companies, and the reported $300 million revenue for the first half of 2010, my vote is a Zynga IPO in 2011, before Facebook.

In other social game news, John Pleasants, former CEO of Playdom and newly-minted executive at Disney, told Michael Arrington at the Social Currency CrunchUp today that:

* Half of all users on Facebook play social games

What’s his source? His own. Still, I don’t think he would have offered up crazy huge numbers if they were not true. I just saw John Pleasants speak last week at Casual Connect, and he strikes me as a straight up guy when he throws out numbers.

If these numbers are true, then the fortunes (and future IPOs) of Facebook and Zynga are truly inter-twined together.