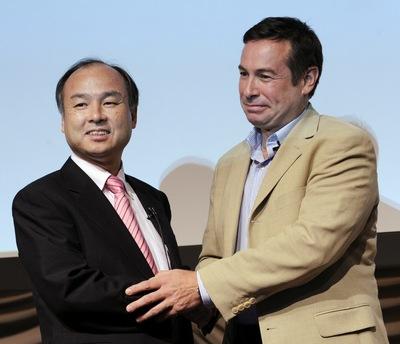 Japanese wireless carrier Softbank said Thursday that it has invested $150 million in Zynga, the San Francisco maker of social games for Facebook and other platforms, and that the two companies will team up to distribute games in Japan.

Along with a rumored $150 million investment by Mountain View Internet giant Google, that would bring total funding for Zynga to $519 million, according to the blog TechCrunch.

Zynga is known for games such as “FarmVille” and “Mafia Wars.” Its titles are available on Facebook, MySpace and Apple’s iPhone.

Softbank, the exclusive carrier in Japan for the iPhone, pulled in 700.8 billion yen ($8.06 billion) in revenue in its most recent quarter, according to an Associated Press report Thursday.

The Tokyo company has investments in numerous Internet companies, including a 40 percent stake in Yahoo Japan.

“We’re excited to partner with Softbank to bring Zynga’s social games to Japan and gain insights from the Japanese market,” Zynga founder and CEO Mark Pincus said in a statement.

“As one of the most innovative technology companies in the world, Softbank is bringing the mobile Internet to consumers making the social Web more accessible to people everywhere.”