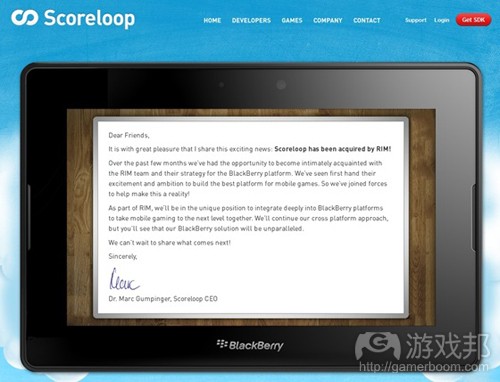 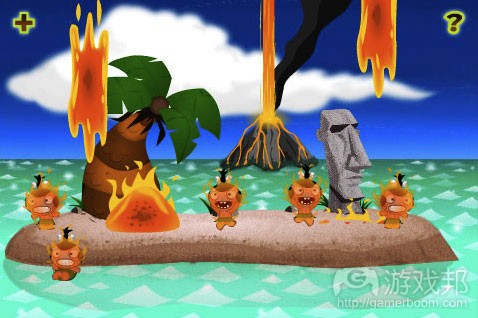 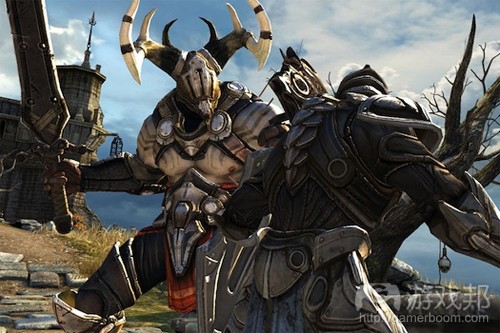 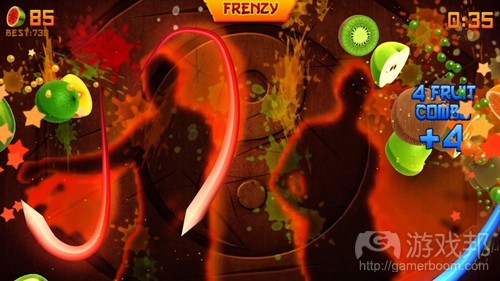 Plush toys and t-shirts already on the shop shelves, Rovio has decided to take its 200 million selling series into entirely new territory.

The developer has announced it is to roll out a fresh line of Angry Birds branded produce, this time in the form of speakers.

The new range, produced by accessory specialist Gear4, has been officially licensed by the Finnish firm, and suggest the company believes the franchise is suitable for almost any form of merchandise thinkable.

Aside from their obvious physical appeal, however, the speakers do come with practical benefits.

Each one of the three on offer – Red bird, black bird and helmet pig on board – is designed to fit iPhone, iPad and iPod touch, with both 3.5mm jack sockets and iOS docking stations on offer.

Specific retailers set to carry the range haven’t been confirmed, but the line will officially launch this September, with prices ranging between £50 and £70.（source:pocketgamer）

ScoreloopRIM on Tuesday announced it had acquired social gaming company Scoreloop. Terms of the deal were not disclosed.

Scoreloop’s focus is to help mobile game developers with adding social elements and in-app billing to their apps. Now the company will expand its focus to help BlackBerry’s application platform with incorporating those features and with the difficult task of catching up BlackBerry’s app abilities to that of its peers.

Scoreloop did not offer a BlackBerry version of its SDK before the announcement, but Marc Gumpinger, Scoreloop’s CEO, said on its homepage that the company’s future BlackBerry solution “will be unparalleled.” It also surprisingly noted that the company will still offer a “cross platform approach” to assist developers from many platforms to make gaming more social.

The move is important if RIM intends to stimulate app development and it’s likely RIM will use Scoreloop’s SDK to improve its BBM social platform. At this point, RIM’s BlackBerry game and app offerings appear dramatically behind those of Apple’s iOS, Google’s Android, and Microsoft’s Windows Phone 7.

Even with the BlackBerry Playbook tablet selling surprisingly well, every move RIM makes looks like it’s playing catch up instead of moving mobile technology forward.（source:venturebeat）

Today is clearly the day for announcing company-wide download in the hundreds of millions.

Not to be outdone by Chillingo, social mobile developer Storm8 has revealed total downloads across both iPhone and Android have now surpassed 200 million.

It’s a level of success it claims is “unparalleled in mobile gaming”, with the company also reporting that it’s enjoyed its first ‘million dollar day’ as a result of a promo push.

“Our players love our games – we are serving more than four million daily active users. Mobile is the next frontier of social games.

“People want to play games with friends anywhere and anytime. Storm8 is committed to bringing the best social gaming experience to the billions of mobile users across the world.”

Over on Android Market, the developer also boasted a total of seven games within the top 10 grossing apps.（source:pocketgamer）

Anyone who has kept tabs on the sales of both Angry Birds and Cut the Rope won’t be surprised to hear total downloads on the App Store for publisher Chillingo have now surpassed 140 million.

The company, which was purchased by EA in October 2010, claims said downloads have been spread across iPhone, iPod touch and iPad since Apple’s marketplace launched in June 2008.

That means average monthly downloads for the publisher come in at around 4.1 million.

“Partnering with the industry’s most talented developers and having the revolutionary App Store to help distribute their work to the world, has made all of the difference in helping us achieve this staggering milestone,” said co-general manager Joe Wee.

“We’ve been able to publish phenomenal games for iOS that millions of players have loved and enjoyed, and we look forward to strengthening our ties with the growing indie developer community as they evolve and bring even more exciting titles to the App Store,” added co-general manager Chris Byatte. （source: pocketgamer）

Over two and a half years since it first hit the App Store, and Bolt Creative’s Pocket God is still selling.

The latest numbers published by the studio peg total iOS downloads at 4.5 million – 1.5 million up on the 3 million milestone it passed last August.

What’s more, the studio claims players are also engaging with the game, totting up more than 1 million in-app purchases to date.

“From its humble beginning, Pocket God has turned into a dream come true for us, and its success and notoriety are largely attributed to the popularity of iOS and the App Store,” said CEO

“Developing for iOS remains our primary focus and, without a doubt, continues to provide us with a platform for success.”

Pocket God’s iPad chapter, Journey to Uranus, is also performing strongly the company claims, with revenues having passed $200,000 in its first two months on sale.

As a result of its success, the game also just hit iPhone and iPod touch.

“Bringing Pocket God: Journey to Uranus to iPhone and iPod touch has been something we’ve wanted to do for a while,” added Castelnuovo.

“We’ve taken extra care to ensure that it runs and plays just as smoothly on the small screen as it does for iPad, and plan on continuing our tradition of offering unparalleled support for the new title by consistently providing the quality updates our franchise is known for.”（source:pocketgamer）

No end is sight for the apps boom, argues In-Stat.

The analyst believes increased smartphone penetration and more on-board memory will maintain the hype around apps.

Other key data from the report includes:

* Touchscreens will account for nearly 90 per cent of smartphones shipped in 2011, and will increase to nearly 100 per cent in the next few years.

* Apple and Android users are significantly more likely than BlackBerry users to have downloaded mobile applications.

* Half of survey respondents report downloading applications over Wi-Fi.

Having spent time trying to guess the sales and revenue figures for Infinity Blade, it’s good to get the official line.

According to Epic Games, which owns the game’s developer Chair Entertainment, the title has generated more the $10 million in the first six months of release.

Significantly, it detailed this was ‘earnings’, so net income to Epic, rather than a gross figure that includes Apple’s 30 percent cut.

As well as the price of purchasing the game, originally $5.99, Infinity Blade also includes IAP, which the company revealed has generated 43.7 percent of total revenues since it was introduced two weeks post-launch.（source:pocketgamer）

Do mobile games networks ever stand still? If the activities of Scoreloop – now in the hands of RIM – and OpenFeint are anything to go by, the answer is a resounding ‘no’.

Indeed, it’s telling that this is the sixth time in little over a month that OpenFeint has made the front page on PocketGamer.biz, this time due to the introduction of yet a new social feature: GameFeed.

The news stream is designed to keep members in touch with the actions of their friends, encouraging them to take them on and beat their rivals’ scores.

Developers can add such functionality to their titles via a drop in widget, delivered in one line of code.

It’s an addition OpenFeint CEO and founder Jason Citron believes will encourage players to devote more time to the games in their collection.

“GameFeed connects people by taking a simple act, like finishing a level or posting a high score, and turning it into a meaningful, cross platform shared experience.”

GameFeed will also suggest new friends to users who opt in, which in turn will have the potential of opening them up to new titles on the network.

Australian game developer Halfbrick today announced Fruit Ninja Kinect, an all-new console iteration of its hit mobile game Fruit Ninja. Fruit Ninja Kinect will be featured as part of Microsoft’s fan favorite Summer of Arcade promotion, and available via download from Xbox LIVE Arcade. The game is scheduled to be released exclusively for the Xbox 360 video game and entertainment system from Microsoft later this summer. Fruit Ninja is a highly popular mobile game where players have to slice flying around fruiton the touch screen while avoiding bombs. Kinect transfers the fruit slicing action into a full body exercise.

There new version for Kinect offers three single player modes: slice for the highest score while avoiding bombs in Classic Mode, serenely slice through 90 seconds of Zen Mode, or throw intense power-ups into the mayhem with Arcade Mode. Fruit Ninja Kinect also adds local multiplayer – a feature that was also possible on the iPad version. In total the game was downloaded more than 25 million times.（source:socialgamesobserver）