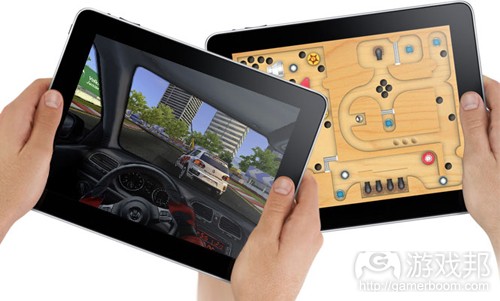 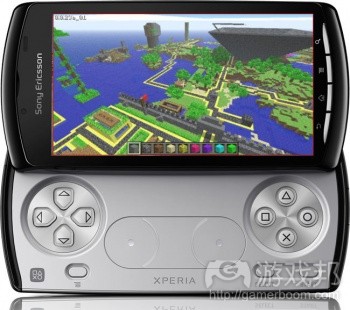 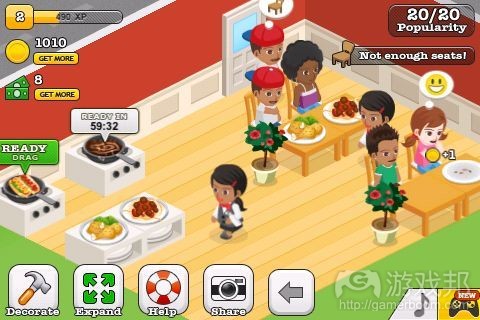 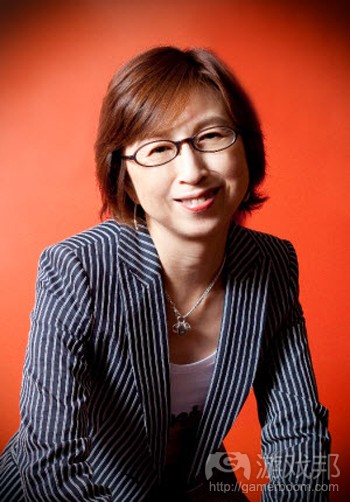 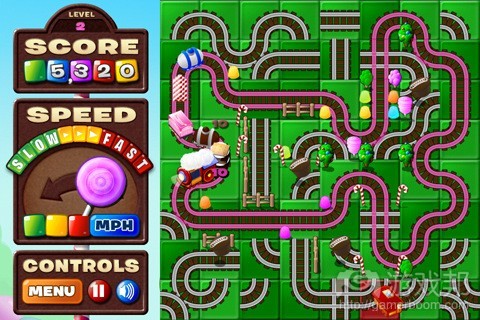 Apple’s iPad has a higher earnings potential for ad-supported games than other products in its class, according to a new report, with better click-through rates and revenue on average than either the iPhone or Android.

According to independent research published Wednesday by mobile ad network Mobclix, consumers playing ad-supported games on the iPad are significantly more likely to click on banners than those playing games on either the iPhone or the Android. Mobclix found that the click-through rates on iPad games were on average 8 times higher than on Android devices, and 3.5 times higher than on the iPhone.

Ads on iPad games also earn more on average. When calculating eCPMs (revenue per 1,000 impressions) on ads across all three device types, iPad games averaged out at $1.75. The iPhone follows at $1.30, and the Android at $0.98.

The reason for the discrepency between iOS and Android ad success is due to Apple offering richer, higher-paying ads, according to the company.

“Apple’s use of rich media like video as well as its use of the entire screen all equate to higher paying units,” said Mobclix co-founder Krishna Subramanian. “On the Android platform we are seeing less incentivized ad unit placements, and while rich media ads are on the rise they still make up a smaller quantity of the units when compared to iOS.”

The study also found that action games have overtaken puzzle games for the highest marketshare on the iOS platform, at 16.93 of the total gaming apps available, up from just over 11 percent in May of 2010. Puzzle games dropped from 15.64 percent to just under 14 percent in the same period. According to Mobclix, this shift is due to the rise in popularity of in-app purchases.

“In-app purchases have become a huge revenue driver for developers, and as a result they are focusing more attention on action and arcade games where in-app purchases are a natural fit as consumers look to level up,” the report says.

The study also found a significant growth in the number of simulation games on the market, up approximately 125 percent from May of 2010, which the company attributes to the success of Zynga titles such as FarmVille. At around 12 percent, it is the fourth most popular game genre.

Additionally, multiplayer mobile games are on the rise. According to the company, the category grew 155 percent during the period. （source:gamasutra）

If Sony’s roster of PSone releases aren’t luring consumers in, and the preloaded fare isn’t sufficiently compelling, perhaps a PC juggernaut will prove the catalyst for Xperia Play’s widespread acceptance as a genuine contender.

That’s the hope at Sony Ericsson HQ, anyway, whose game-centric Android 2.3 handset will receive an adaptation of indie construction-building sensation Minecraft both first, and for an exclusive period.

As revealed by developer Mojang, the Xperia Play version of Minecraft (an iOS port is also in development) will be custom tailored to the handset’s unique specifications, taking advantage of its D-pad and face buttons.

“When playing on smartphones you will have a different screen size compared to PC, different hardware, different attention spans and thus the game needs to be customised to fit the mobile specifications,” Mojang said.

Further details regarding its price, release date, or length of exclusivity on Xperia Play aren’t yet available, but should be revealed at Mojang’s E3 media event on June 7.

In its invitation for the Minecraft-themed presentation, the creators offer attendees the opportunity to “stay in the light and take refuge with Sony Ericsson to keep the creepers at bay.”

Whether Minecraft, or indeed tomorrow’s Verizon launch, will satisfy Xperia Play’s sceptics in the long term remains to be seen.（source:pocketgamer）

It’s been exactly one year since mobile ad network AdMob was officially acquired by Google for $750 million, after intense scrutiny of the deal by the FTC. Over the past year, Google has been working to integrate AdMob into the company, and clearly there have been some highs and lows. Today, As AdMob-Google turns one the search giant is announcing a number of new features and milestones for the ad network.

Overall, AdMob traffic (Ad Requests) have grown more than 3.5 times in the last year. In April, AdMob saw over 2.7 billion ad requests a day globally, up from over 2 billion announced in January. There are over 80,000 mobile websites and apps in the AdMob network, up from over 50,000 in January. And 11 countries in the AdMob network generated more than a billion monthly ad requests in April 2011, up from just three countries a year ago.

AdMob tells us that they’ve seen traffic for tablet ads growing like crazy; in terms of requests the ratio of mobile to tablet ad requests are 5 to 1. Today, Google is announcing new formats for tablet ads, allowing advertisers and publishers to serve full-screen interstitial ads built with HTML5 on smartphones and tablets. These advertisements can include branded video, image gallery, and interactive formats.（source:techcrunch）

Don’t let the name fool you: TinyCo is quickly becoming big business. In an App Store crowded with dozens and dozens of social games developers, their games have always managed to stand out from the crowd. Tiny Chef, Tiny Zoo, Tiny Nightclub – every single one of them has managed to crack the top 10. Now they’ve put together a fund to help other small developers achieve the same success.

Today the developer has announced the launch of the TinyFund, a $5 million initiative to help mobile game developers gain access to the tools they’ll need to successfully launch their games.

“There are some amazing mobile games being developed right now, but due to lack of funds or industry experience, many of these outstanding titles will never be played by the public,” said Suli Ali, co-founder and CEO of TinyCo. “TinyCo is proud to offer the TinyFund to empower top gaming talent with the tools they need to realize their dreams of creating successful games.”

Games developed for the iOS and Android market, in any stage of development, can apply for the Fund. Each title can qualify for up to $500,000 in assistance. In addition to the money, TinyCo will also be offering their knowledge in marketing, development, and business to developers who could use it.（source:gamezebo）

When DeNA announced it was buying iPhone game maker Ngmoco for up to $403 million last October, the Japanese company was stepping out on the global stage to build a global mobile social network.

But the company said today that its founder and chief executive, Tomoko Namba, was stepping down as head of the Tokyo company due to a family health issue. She will continue to play an active role in management as a board member and advisor.

Namba, who has an MBA from Harvard University, built DeNA from a small start-up in 1999 to a major mobile social game company on a billion-dollar run rate for revenues. She will be replaced by Isao Moriyasu, chief operating officer and general manager of its social media business. The move will be effective June 25, after the company’s stockholders’ meeting.

Moriyasu has led Mobage, the core social network of DeNA, since 2006. Namba said she believes he will be able to act quickly and decisively in the rapidly changing industry and make DeNA into a truly global company.（source:venturebeat）

During the Mango update reveal yesterday, Microsoft announced that it will be offering a web portal version of its Windows Phone Marketplace. Users would be able to access the marketplace catalog from the web, make purchases, and then send them directly to their handsets. Today, some extra details on the new web version have emerged.

The new web version of the Windows Marketplace will function much like the native app version, allowing customers to browse its catalog, view screenshots, read reviews, and then pay to download. Various purchasing options will be supported including try-before-you-buy and carrier billing. A Windows Live ID account can also be linked for paying with an associated credit card. Additionally, one-click social features will allow users to recommend apps via email, Facebook, or Twitter.

The Windows Marketplace currently has over 18,000 apps, but should see a dramatic increase with the upcoming update and the new attention from Nokia developers. The web version of the marketplace is set to launch with the Mango update this fall. （source:slashgear）

7）Train, is Both Colorful and Challenging

Candy Train4th & Battery recently released its second iPhone and iPad title, Candy Train. A independent, and more irreverent studio, from PopCap Games, 4th & Battery was started to create smaller and simpler games. Think edgier titles like its first release, Unpleasant Horse. Free-to-play, Candy Train follows the first two points of this criteria but is actually one of the oldest of PopCap.com’s online game titles. It was remade by Sophia Hohing and Adam MacDonnell.

Best described as a puzzle game, Candy Train is a simple concept of keeping a train — made out of candy — running as long as possible by connecting pieces of track while it is moving. Score-based, it is one of the simplest quality games we’ve seen on any iOS device in some time, and is a sort-of combination between Snake and old tabletop game, Candy Land. It’s simple but entertaining and is targeted to a starkly different audience that 4th & Battery’s previous app, Unpleasant Horse.（source:insidemobileapps）