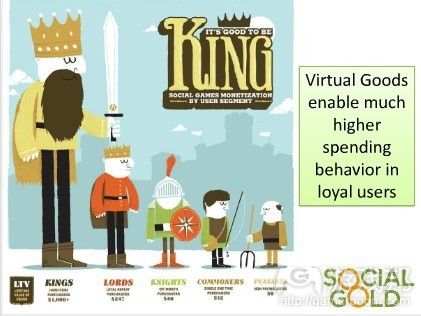 Social game developer Crowdstar (It Girl, Happy Aquarium) is starting to think beyond Facebook, and has just raised $23 million from Intel Capital, Time Warner Investments and Chinese online game firm The9 to help reach its goals.

The funding round is a first for Crowdstar. Since its 2008 founding, the company has been funded by its own operating profits, which it says saw an all-time high in the first quarter of 2011.

Currently employing 100, the company says the primary purpose of the investment funds is to help it grow.

Crowdstar CEO Peter Relan tells Gamasutra that the company hopes to double its headcount with a view of going global and multiplatform. “I think 2011 marks for us the year we’re transitioning from being a Facebook game company to a broader multiplatform social gaming company,” he says. “So we’re not just going to be doing Facebook games. We’re going to develop onto mobile and, in the longer term, smart televisions as well.”

Also part of the plan is a shift to focus on those countries where Facebook isn’t present or isn’t the primary social network, like China, Japan and Korea. “We’re looking at markets even bigger than Facebook now,” says Relan. Of Facebook’s 700 million users, Relan estimates Crowdstar has captured about 200 million. Yet there are, for example, 2 billion smartphone users globally to be addressed, and the company wants to aim for those too.

“We’re looking at big markets, and I think we need to invest in that,” Relan says.

The company recently hired Alex Galvagni, formerly the CTO and Global Product Development SVP at Glu Mobile, as its new head of studios. “He has the experience to grow and scale our business,” Relan adds. Partnering with The9, one of the main investors in the funding round, will also help, as the companies have had a working relationship before.

“If you recall, The9 was an investor in OpenFeint, and we launched OpenFeint in China with their help,” says Relan. “So assume that The9 and Crowdstar will be working together to address the Chinese market.”

We asked Relan for his thoughts on the viewpoint among some industry-watchers that the social gaming space is over-valued, or is in a bubble cycle that will precede a steep decline. “I think that unlike previous bubbles, this time the companies’ revenue and profits are very tangible,” he says. “Zynga, Facebook or LinkedIn have real money flowing through them.”

But Relan says that while there might, in fact, be some slight overvaluation in the sector, the bigger problem is that front-runner Zynga has grown so quickly that it’s created challenges. “It’s hard to meet those kinds of growth goals, where you are just growing 1000 percent or whatever year over year for the next three or four years. I do see that as a problem if they don’t grow into that valuation. But I don’t see it collapsing; it just needs to be adjusted.”

Crowdstar is still “very small and young” relative to Zynga, on the other hand: “I don’t see us running into a ceiling of that kind in the near future,” Relan says. “We tend to double or triple our growth year over year, and that’s, at our level I think, very possible to do for the next five years.”（source:gamasutra）

Way to set the tone for these kids’ careers, buddy. Electronic Arts CEO John Riccitiello told recent graduates of The University of California at Berkeley to ‘fail well’ at the Haas School of Business commencement ceremony, VentureBeat reports. The Berkeley alumnus of 30 years revealed how he has dealt with the setbacks EA has experienced over the past few years. Not to mention his many attempts at remaining relevant in an industry that’s changing more rapidly than ever.

“I’ve had first-hand experience with failure, and I have had the opportunity to learn and recover from it,” Riccitiello said. EA has made leaps and bounds to recover its losses in the console games industry, publishing mega hits like Mass Effect and Dead Space. However, its time in the social games world has been another story entirely.

Since EA bought Playfish in 2009 for what’s now said to be about $563 million (and plenty of layoffs to cover the costs), it has rocketed to second place in the developer leader boards–an extremely distant second to Zynga. EA Playfish enjoys 32.7 million monthly players, while the FarmVille-pushing freak of financial nature welcomes a massive 248 million players monthly, according to AppData. All the while, Zynga has somehow become more valuable than the nearly 30-year-old industry veteran at $10 billion, and several EA bigwigs have left the company for both Zynga and other social game companies.

That all being said, we can understand the tone of Riccitiellos’ commencement speech. However, the EA chief remained optimistic, pointing to failures-turned-success stories like one-time US president Harry S. Truman and Steve Jobs. He then pointed out that EA has learned from being on the wrong side of change a few years back, and is now working on a new strategy.

“I would argue we failed well,” Riccitiello said. “We are students of our own failure. We used our failure to shape and impel us to a better strategy. One that we believe that will ultimately succeed in ways that our previous strategy, even if perfectly executed, could never have done….Trust me. Sooner or later, you’re going to get knocked on your ass. Will you fold? Or will you fail well?” When it comes to EA in the social games business, we’ve yet to see the end result.（source:games）

3）What’s the lifetime value of a social game player?

The Virtual Goods Forum over the past two days has been packed full of useful statistics. The most useful came from Vikas Gupta, CEO of Social Gold, and I’ve embedded it below.

The key takeaways are that not all users are created equal. Social Gold has defined its users into five categories:

Lords: Loyal repeat users who have a lifetime value of $250

Knights: Spend meaningful in the first month only, LTV of $47

Commoners: make only one purchase, LTV of $12

(A note on methodology: Social Gold did a cohort analysis taking everyone who signed up for any of the games that Social Gold serves in a two month period and worked up the lifetime value in the next four months. So for the purposes of this analysis, the maximum life time of a consumer was six months, which means that the figures are likely to be on the low side).

There are a number of key points:

A Lord (a loyal repeat user) is worth 20x the value of a Commoner who only makes one game purchase. But once you have persuaded someone to make one purchase, it is generally easier to make them pay up again. What are you doing to convert Commoners into Lords?

A King is worth 20x the value of a Knight, yet a knight has already made multiple purchases. What are you doing to help your Knights become Kings. （source:gamesbrief）

FarmVille pops into this week’s list of fastest-growing Facebook games by monthly active users on the heels of a massive Lady Gaga promotion for the singer’s newest album. Looks like CityVille also got a lift, according to our traffic tracking service, AppData.

Moving on down the list, we’re still seeing significant growth out of MetroGames’ Auto Hustle a little over a month after the game’s official launch. Zombie Lane and Bubble Saga keep things going as well, and as you may have noticed, Gardens of Time isn’t going anywhere anytime soon.

A somewhat surprising appearance on our list this week is Playfish’s Country Story, an older farm sim game that last appeared on our growth charts in fall of 2009 just after its summer launch within the same year. The game puts players in the role of a farmer responsible for tending land and livestock with food and caretaker activities. We’re not exactly sure what’s caused the game’s sudden spike in MAU this week, although we’re aware that a recent update introduced celebrity animal boxes that players can earn for free if they successfully solicit help from 10 friends. At 1.7 million MAU, Country Story still has a ways to go to return its 2009 levels of 8.3 million MAU.（source: insidesocialgames）

Over on Edy’s official Facebook fan page, the company has added a new tab that has many FarmVille farmers talking (even those at FVNation). Similar to the Green Giant or 7-Eleven events from last year, that saw players leaving their computers long enough to buy products in the real world containing redeemable codes, it looks as though this summer’s promotion will be with “Edy’s Fruit Bars.”

While we still don’t know everything about this promotion, we do know that the two companies have paired to give away 500,000 Farm Cash in total. If we’d like a “share of the bounty,” well need to come back to Edy’s fan page after June 1 (presumably when the promotion officially launches), and learn more. Apparently, farmers will have a chance at winning at most 1,000 Farm Cash each (prizes range from 50 Farm Cash to 1,000 Farm Cash per person), but again, specific details about what will happen in stores isn’t yet known. （source:games）