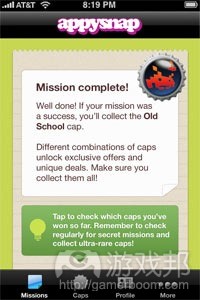 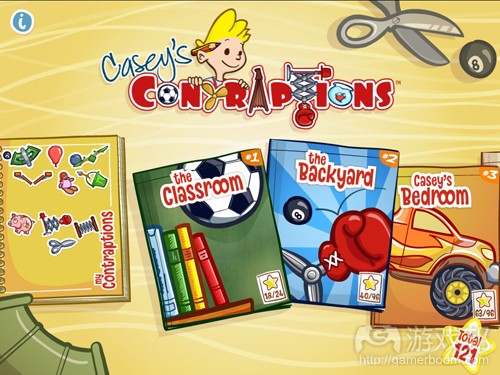 1）Apple: We Have the Rights to Lodsys Patents, Devs Can Use Them

Apple Monday sent a letter to Lodsys and to developers, saying it has the licensing rights to in-app purchases and that developers are fully able to use them, according to Macworld. Devs on Twitter had begun discussing the letter received by Apple just a few hours ago.

The full text of the letter, which has been obtained by Macworld, is addressed to Lodsys CEO Mark Small, and is signed Bruce Sewell, Apple’s Senior Vice President & General Counsel. In the letter,

Sewell acknowledges Small’s recent patent infringement claims against App Store developers, and states right up front that “Apple is undisputedly licensed to these patent and the Apple App Makers are protected by that license.” Apple states that Lodsys’ allegations have “no basis,” and articulates its intent to “defend Apple’s license rights.”

The letter from Apple goes on to assert that Small’s threats are likely the basis of “misapprehension regarding Apple’s license and the way Apple’s products work,” and assumes that the outstanding threats will be revoked as a result of the clarification Apple is making today. Apple acknowledges that it does indeed hold licenses for all four of the patents in Lodsys’ portfolio, and that the licenses it holds entitle Apple to “offer these licensed products and services to its customers and business partners, who, in turn, have the right to use them.”

The letter then goes into more detail about the specifics of U.S. patent law, and articulates exactly why the claims made by Lodsys are in error, according to the way in which the App Store and Apple Developer Agreement works.

Apple was clearly taking its time to make sure it had a comprehensive grasp of Lodsys’ position before firing a return shot, but the Mac-maker’s response could hardly be more assertive. The message is clear: Stand down or gear up for a full-scale legal battle with Apple, which is clearly not what Lodsys was bargaining for as it chose to pursue small developers with very limited resources. Unlike devs, Apple doesn’t have to consider backing down as the only way to keep the business afloat.

This is a welcome development in this in-app purchases licensing debacle, but it isn’t necessarily the end of the story. We’ve contacted Small for a response, but don’t expect him to issue a reaction before considering how best to formulate an answer from a legal perspective.（source:gigaom）

Developers aren’t short of networks to advertise their wares on, but the ability to target campaigns at the right people is crucial.

That’s a factor that’s resulting in app discovery platform AppTap partnering up with web content providers such as AOL to ensure that ads running on its new ad platform – AppTap Ads – reach the most suitable audience.

The new self-serve network will be spread across 20 different websites, including AOL’s The Unofficial Apple Weblog (TUAW), Cult of Mac, The iPhone Blog (TiPb), AndroidTapp, and DroidForums.net, allowing developers to push their products at a tech savvy audience.

AppTap is due to promote its new ad network at TechCrunch Disrupt in New York from May 23 – 25.（source:pocketgamer）

Wants to get people completing snappy missions for points – and maybe prizes.

US startups seem to be having most of the fun when it comes to social location, gamification and photo-sharing mobile apps. However, UK developer Never Odd Or Even is hoping to get a slice of the action with new app Appysnap.

Launched for iPhone late last week, it’s a social mobile game based around sharing photos, with points and virtual ‘caps’ awarded for completing specific missions set by the developer. Or, to put it another way, it’s Instagram meets Foursquare.

“Use the camera to complete the mission – take a photo of a place, a theme or an item. Submit it in the quickest time to win points and prizes!” explains its App Store listing. “Some missions reward players with prizes at random, some are only for players in your city or neighbourhood – and watch out for secret missions too!”

Never Odd Or Even is setting the missions itself, and has developed a tool to ensure it can moderate the photos that are submitted, weeding out those that do not satisfy the criteria for missions, or include inappropriate content.

Casey’s ContraptionsRube Goldberg machines are nonsensically over-elaborate devices that are used to perform very basic tasks, and that is the heart of the newly released iPad application, Casey’s

Contraptions from indie startup Snappy Touch. A highly creative problem-solving game, the $2.99 title has already made its quality known by rocketing up to the #2 spot on the top paid iPad apps charts over this past weekend.

It would seem that the level of creativity involved in this app is not without precedent. It plays similarly to another past #2 iPad title, TinkerBox from software maker, Autodesk. However, where that app was free and hosted a serious, industrialized style, Casey’s Contraptions is far more childlike and cheerful, hosting an impressive number of levels and interactive items. Moreover, like its predecessor, the game comes with its own custom contraption editor, allowing players to create their own Rube Goldberg devices and share them with friends.（source:insidemobileapps）

5）The End Of The Apps Market As We Know It?

“App developers want to experiment with thousands of different payment models,” says Ilja Laurs, founder of the GetJar app distribution platform. “Internal ads, paid, badges for levels, as a reward for shopping with someone…there is lots of potential for innovation here.”

Surprise, he is talking in his own self interest. Getjar, which started out as a way of distributing Java-based mobile games, has grown to include hosting, phone detection, development support for different models, serving and downloading. What Laurs wants to get into is both search and discovery of apps, and a “sponsored ad” system somewhat like Google Adwords – one reason why, he says, Google can’t stand him. “They talk about being open, but they want their platform closed,” he says.

“Apps right now are like a rifle shot, but eventually they will be part of larger empires, with characters and merchandising for popular entertainments,” or services given away as part of an overall business. “A lot of the content will be rolled up.” Even now, he notes, the most popular downloads are Facebook, LinkedIn, email services, and YouTube – items more like a Web site than a game of Angry Birds.（source:forbes）

According to eMarketer, 72.8 million people, or 23.2 percent of the US population, will play games on their mobile devices this year. eMarketer’s estimates exclude mobile users who play preinstalled games, which offer publishers decent brand exposure but little in the way of monetization opportunities.

While games are currently popular on both smartphones and feature phones, the composition of the mobile gaming audience will shift further toward smartphones as they increase in penetration across the population.（source:emarketer）