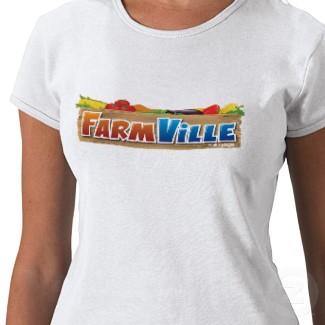 Farmville, Mafia Wars, Pet Society, the list goes on; online games that combine social interaction with micropayments are big business and the social games market could be worth $1.5bn by 2014.

At present American companies like Zynga and Electronic Arts dominate. However, the market is still wide open says one industry expert who is working with UK-based developers to help them grab a bigger slice of the pie.

The price of developing console games has skyrocketed to Hollywood movie levels in recent years, meaning the ‘two-man band’ development teams that were a huge success for the UK games industry back in the early days of home computing had all but disappeared.

Because social games don’t require complex graphics, orchestral soundtracks and big-name actors to provide voiceovers, those small teams have a chance at success again, especially as thanks to the Web they can publish their own games without having to hand control to a bigger company. That doesn’t mean there aren’t challenges for these small businesses and that’s where Enda Carey comes in.

Carey is head of games, digital and creative services at Vision+Media, an organisation charged with helping to develop the digital and creative industry in the northwest of England. “We were finding that games developers were great at design and art but not so good at the business side, and when you’re self-publishing that’s the most important thing”, he says.

To combat this problem, Vision+Media is currently running courses for small games developers that should give them the skills they need to compete on a global level.

So, how do you transform a social game into a business success story? Carey’s course looks at how to:

* Build business right into the core of the game itself. Make a never-ending game that features in-game purchases to convert players into customers. Doing this well is the key to a long-running hit game like Farmville.

* The game is never finished – change it as needed. Because social games are online, not sold in a box on a shelf, they don’t need to have a finished form. Like a website, they can be rapidly updated with new features or tweaked to improve the in-game experience as needed. “Understanding the analytics of how your social game is being used is vital”, says Carey. You might not get it right first time but if you monitor usage closely and take appropriate action, you’re more likely to succeed.

* Use smart marketing. Small businesses may have to promote their games on a shoestring budget. Vision and Media’s course  looks at how to use social media effectively while tracking value and return on investment. “Many games developers think publishers just take a cut of their profits for nothing. It’s only when they start to understand marketing that they realise just how important a publisher’s role is in making a game a success”, says Carey.

So, does the UK, or any other country, have a chance of carving out big piece of the market for itself? ”It’s wide open”, says Carey. “No country has a particular advantage. The US is currently ahead but there’s a real opportunity for the public sector in the UK to help British developers with support for their in-game analytics and to help open doors for them. It’s a case of developers moving from thinking in a technical way to being business-minded.”

When it comes to such a huge, global market, it may be that thinking in terms of “UK businesses” or “American businesses” isn’t be the best approach. “If I was starting out with a social games business, I’d want it to be global”, says Carey. “I might be based in one country but I’d have distributed development around the world.”

Having staff in different locations may help cut down on development costs but could also provide a useful perspective on what players in different parts of the world want. To give a basic example, Carey notes “If I have a farming game and let players grow strawberries, I’m alienating players in countries that aren’t familiar with strawberries. You have to think globally.”