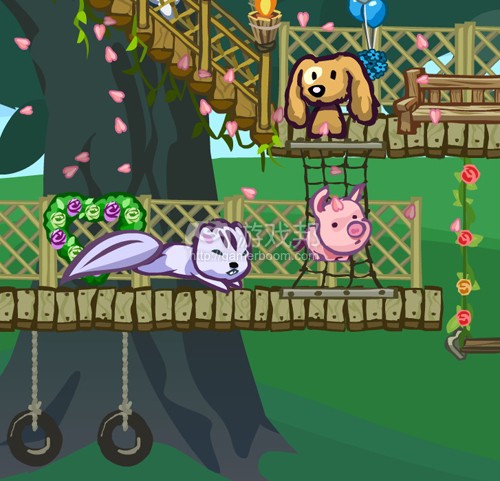 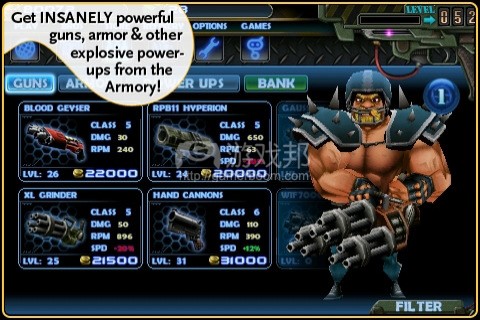 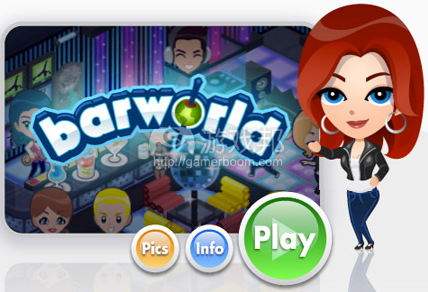 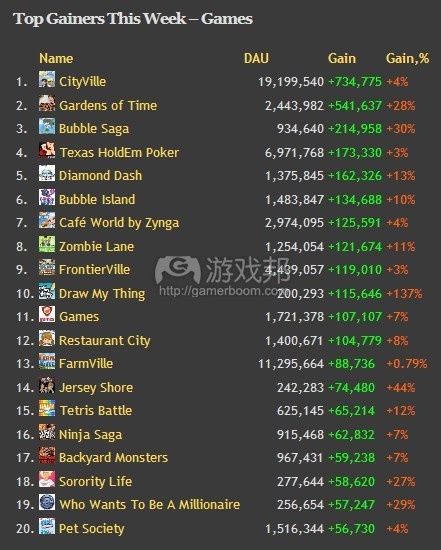 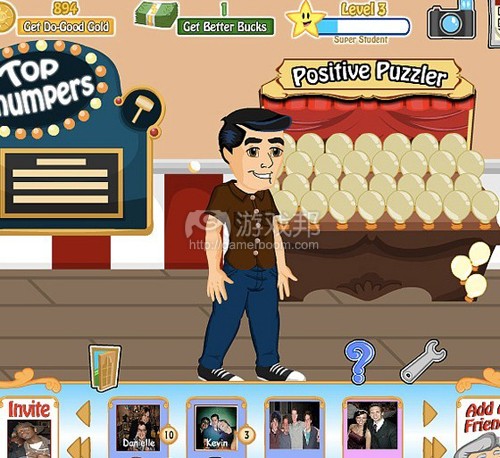 Tecmo Koei is taking a short break from gore-spewing ninjas and warring Chinese armies to explore a far more lucrative market these days: Facebook games. The Japanese creator of Ninja Gaiden will launch JollyWood tomorrow, a social game developed by its Singapore studio. The game tasks players with creating “getaways of fun and relaxation amidst scenic landscapes,” Tecmo Koei said in a statement.

The game will launch on Facebook, though this studio has big plans for global expansion on not just social networks but smartphones as well, according to the press release. Of course, the game will be free to play and plans to live off of micro-transactions.

Tecmo has already released some social games in the Japanese market, but this is first time that the legendary company has expanded its horizons globally in the social games space. You can find more details on the game through its Facebook page.（source:games）

San Francisco’s Tagged Inc. is trying to expand its niche as a social network for meeting new people by creating its own social games development division.

Tagged, which says it has 100 million registered members, announced Wednesday it has created an in-house Tagged Game Studio headed by Andrew Pedersen, former vice president of the Pogo division of Electronic Arts.

Tagged hopes to build on the success of one of its own social games, Pets, which the company says is generating about five million interactions a day.

“Creating the Tagged Game Studio to develop our future titles was the next logical step,” CEO and co-founder Greg Tseng said in a news release.

Social games have certainly worked for San Francisco’s Zynga Inc., which has millions of players for games like FarmVille and Mafia Wars. But it hasn’t saved MySpace, which last year launched a “MySpace Games” strategy. MySpace owner News Corp. is trying to unload the money-losing social network.

And although Tagged launched in 2004, it is still far overshadowed by the juggernaut that is Facebook Inc., which is just eight months older.

Still, Tagged has been profitable since 2008 and generated $32 million in revenue last year, Tseng said in a recent interview.（source:seattlepi）

WildTangent today announced that it released its first social game, Gun Bros from Glu Mobile, in the WildTangent Games App and online games service. WildTangent’s mission is to be a games service supporting all game types for every member of the household. Early results show Gun Bros is currently seeing as much as three times the average spend per paying user on in-game items vs. the average spend on other sites.

Gun Bros currently has nearly 700,000 monthly active users on Facebook alone. Developed by HitPoint Inc. in partnership with Glu Mobile, it is a port of Glu’s hit action game starring Percy and Francis Gun, special agents of the “Freakishly Rugged Advanced Genetics Galactic Enforcement Division” (aka F.R.A.G.G.E.D.). Players focus on shooting waves of enemies, unlocking new items for purchase in the armory store and gathering an arsenal of weapons. （source:sys-con）

PopCap, the creator of casual hits like Bejeweled and Plants vs. Zombies, is looking to make waves on the stock market as early as November, Reuters reports. The Seattle-based, but globally-stretched, casual and social games developer teased its public stock debut to us just a month ago. According to Reuters, however, the time for teasing is over.

“We are very much in the process of preparing a listing,” PopCap CEO David Roberts (pictured) revealed in a press conference. “We expect to be ready to be listed as early as November this year.

Whether we go, will depend on the market… we don’t want to rush into it.” The company has been in talks with investment firms, gauging the viability of its initial public offering (IPO), or when a company opens itself up for public investment.（source:games）

Zynga said today it is acquiring social game maker DNA Games. That’s the 14th acquisition Zynga has made in 12 months.

Zynga is in a race to acquire talent to make more social games for Facebook (where it has more than 250 million monthly active users) and other platforms such as mobile.

DNA Games was founded in 2009 by Jon Lee and Shaun Haase. They have created hits such as Casino City, Slot City and Bar World. Zynga says it will use their expertise in creating next-generation games. Lee will serve as the general manager of the studio, which will report to Mark Skaggs, senior vice president of product development.（source:venturebeat）

Several Zynga games got lifts in monthly active users and daily active users this week, bringing games like CityVille back onto our top 20 list of fastest-growing games by DAU after previously falling off. A combination of new content and a Lady Gaga promotion could explain the spikes.

On to the rest of the top 20, we see Gardens of Time, Bubble Saga and Diamond Dash still going strong. Ninja Saga also makes a reappearance farther down the list at number 16.

Another contributing factor in Zynga’s surge in DAU may be new game content recently added to several of its titles. CityVille, for example, launched a zoo component to gameplay a little over two weeks ago, which coincides with an overall DAU lift of over 10%. A similar content update to the boss fight system in Mafia Wars released this month doesn’t seem to have had the same effect, however.

The last possible explanation for Zynga’s spikes in DAU may actually be one of visibility. A Vanity Fair article on Zynga founder and CEO Mark Pincus from the magazine’s June issue appeared on the web this week, possibly sparking interest in Zynga’s games from an audience that hadn’t previously experienced them.（source:insidesocialgames）

A Better World, a game that rewards players not just for in-game activities but also for real world acts of kindness and expressions of gratitude, is launching on Facebook.

A Better World, which has soared to more than 78,000 players in beta, adds a new layer of social activity to casual gaming. Gameplay activities are designed to help everyone who participates feel better about themselves, be supportive of others and make positive choices in their everyday lives. Players also can play mini games with inspirational themes; have fun shopping; and personalize their characters and virtual spaces.

The game offers more than 15 locations to explore, including:

“The model for Facebook games has always been virtual activities – even when the games deal with real world issues,” Gregory Hansell, VP of product development, ToonUps, explains. “A Better World breaks that mold. We encourage players to take positive actions that affect those around them – both in the virtual world and in the real world.”

A Better World’s original approach could usher in a new genre of “do good gaming.”

Beta players report that being encouraged to think about things they are thankful for and doing activities that provide encouragement to others improves their mental, emotional and spiritual well being.

“Our beta players tell us that they don’t just come back because A Better World is fun, but because the game has had a transformative effect on their lives,” MarySue Lucci, president, ToonUps, said. “Community members encourage each other. Players create a feedback loop of goodwill that feeds on itself.”

A Better World was created by ToonUps, a digital entertainment company that has focused on developing digital content that encourages a positive outlook and altruistic behavior for more than a decade. （source:virtual-strategy）