Despite the invitations to play Farmville, Mafia Wars and other “social games” on Facebook, I have stubbornly resisted joining.

I don’t play games on Facebook but it’s not because I have anything against Zynga, which by all accounts makes great social online games. I don’t play video games period, pretty much not since I was 15, after which I gave up games to ogle girls. 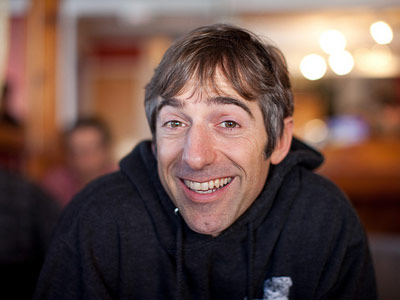 I say ogle because I don’t talk or interact much with girls then either. I’m a bit of a lonerish, antisocial stick-in-the-mud, though I hope believe at 35 a little too young to be considered a curmudgeon.

But as a casual observer the Facebook-Zynga connection has been nothing short of a phenomenon.

Roughly one quarter of my Facebook friends seem to be playing Farmville or Mafia Wars through Facebook as a way to blow off steam or interact with friends from different parts of the world.

But what’s especially fascinating to me is that, while these folks are not the reclusive souls I am, they weren’t the gaming types when I knew them growing up in our teen years, or even through college and into their twenty-somethings. Not. Ever.

But they were always gregarious, which makes me believe that it is the social aspect and not the gaming that lures my friends and millions of others to these games.

Which leads me to the July 24 New York Times feature on Zynga and its precocious leader Mark Pincus, who is clearly on to something.

I saw Pincus speak at the Graphing Social Patterns conference in San Diego in March 2008. I couldn’t see the value in his proposition then.

That’s mostly because I don’t “game” and because I had fewer Facebook friends then and they weren’t gaming as much. At the show, people where atwitter about Facebook vs. MySpace and Google’s Open Social APIs and Friend Connect service.

A lot has changed in two-plus years.

Zynga is a phenomenal success, banking some $520 million in venture capital funding, $100 million of it coming from Google. Zynga is valued at $4.5 billion!

Jive Software, who most would argue is a solid provider of social collaboration software for enterprises, just banked $30 million and that’s considered a big success in the current economy.

For Zynga to raise over half a billion dollars is astounding, especially for a company that offers free games by makes bank from “virtual goods,” in which serious players buy items to advance in their social games.

Zynga reportedly made $300 million in sales in 2009. The Times and TechCrunch are in disagreement but it seems Zynga is on pace to make between $500 and $800 million in revenues for 2010.

Let’s measure the success another way. Given that Zynga has over 100 million users, each user is worth about $5 million to $8 million through this year, depending on what revenue total you believe.

What VC firm wouldn’t want a cut of that action?

Which leads us to this: If social games are the root of financial success for Facebook, wouldn’t it make sense for Google to get in on that action if it’s going to slow Facebook’s speedy roll to power on the Web?

Thanks to TechCrunch, we already know Google is manning up for some gaming platform, for which its $100 million investment in Zynga will make the premier social gaming platform the centerpiece for Google Games.

If that’s not a rival and threat to Facebook I don’t know what is. Of course, Google needs a social network, not just a social conversation service like Google Buzz.

Google isn’t going to steal most of the 500 million users on Facebook, but it could crimp Facebook’s financial plans by bagging Zynga for its own social network, which it is building, according to multiple sources.

I don’t think Google can mess around with a little deal like that, which is not much different than featuring Twitter tweets on its search results pages.

Google needs to fight fire with fire and that means it needs a social network to fight Facebook. Zynga could really tie it all together for the search company that is trying to attract more lobsters to join its pandas.

If not, well, then I think we all know where this is going. With social on the rise, Google would sadly join Yahoo as and Internet dinosaur instead of a cutting-edge Web company.

With Yahoo throwing its arm around Microsoft’s shoulder in search, Google would be vulnerable than ever.