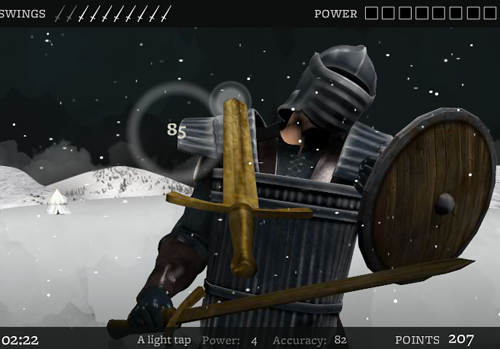 Battle for the Iron Throne 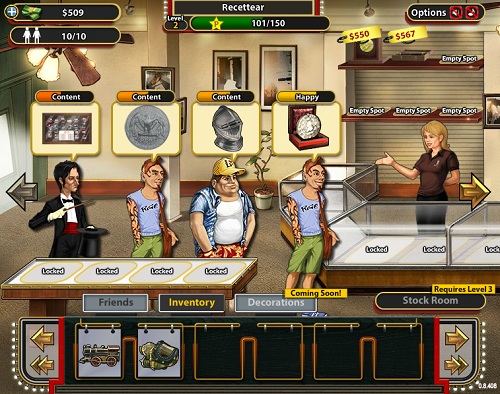 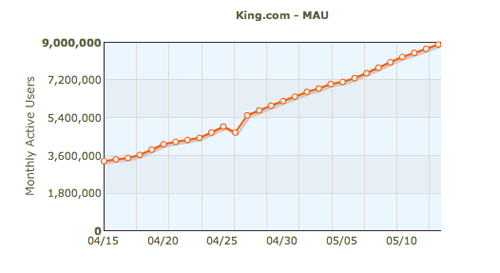 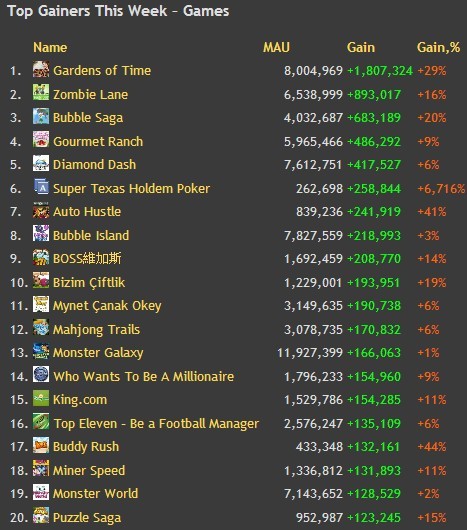 The first name that comes to mind when we talk about social games in Europe is probably Wooga. But the German-based social games publisher has a number of local competitors dispersed throughout the continent. In France, one of the names that has gotten a lot of attention is Kobojo, who is behind PyramidVille and Goobox.

Well, now there is a new kid on the block: Pretty Simple. And the company has just raised €2.5 million with Idinvest Partners (formerly AGF Private Equity) to produce 2-4 new games per year.

The company raised an initial €300K with Idinvest in April of last year. Since then, it has released MyShops on Facebook, which counts over 1.7 million monthly users. The game essentially allows players to create their own shops and interact with customers. Users can customize their shops with certain virual goods and objects- for example, a bakery can be customized with rustic shelves or a special oven. Naturally, these goods can be purchased with points accumulated by playing or bought with Facebook credits.

A majority of My Shops’ players are actually from English-speaking countries, like the US, the UK and Australia. Thus Pretty Simple seems to have a very different development strategy than that of Kobojo, who recently raised €5.3 million ($7.7 million) to go after Spanish-speaking markets in an attempt to avoid a head-on collision with US social games giant Zynga.

Pretty Simple’s 15 person team is looking at rolling out additional games later this year and recruiting an additional 10 people.

As for Idinvest, this is not the first time the fund is investing in a games company. The Paris-based firm is an investor in Kobojo, as well as eRepubliK, Curse and online poker platform Winamax.（source:techcrunch）

Popular fantasy series A Song of Ice and Fire, more commonly known as Game of Thrones, expands its social network grasp this week with a social game launched from the television series’ fan page and with an interest-targeted ad campaign from another game developer looking to cash in on Game of Thrones fever.

The game, called Battle for the Iron Throne, is broken into levels scheduled to release one by one on a timed basis. The tutorial level is available now, with level 1 slated to go live Thursday. The tutorial level is broken into three parts — a first-person sword combat section, a real time strategy combat section, and a multiple choice trivia section that appears to draw trivia from the book series as opposed to the HBO series. Players must achieve a minimum score before advancing to the next level when it becomes available.

The ad campaign, meanwhile, is something social game players on Facebook may see if they’ve Liked the HBO Game of Thrones fan page. Massively multiplayer online game developer, Heatwave Interactive, is running an interest-targeted ad campaign that uses images from and references to the Game of Thrones TV series to direct users to the fan page for its MMO, Gods & Heroes:

Rome Rising. We’ve seen these interest-targeted ad campaigns used for other media or artists like Lady Gaga, but this is the first we’ve seen of an off-Facebook video game attempting to attract users with fantasy genre appeal alone.

So far, the HBO Game of Thrones fan page has over 343,000 Likes. The Gods & Heroes fan page has 33,000 Likes. Stay tuned for a full review of the Battle for the Iron Throne social game once all levels of the game are live.（source:insidesocialgames）

Pawn Stars: The Game is an adaptation of The History Channel’s popular reality TV show produced by A&E Television Networks. The game launched in late January and has since broke the 1 million mark in monthly active users just one week after appearing on our top 20 list of emerging Facebook games. Daily active users reached just over 250,000 in that same time frame.

Gameplay in Pawn Stars: The Game revolves around the player running their own personalized pawn shop. Players can choose from a selection of sales clerks to be the face of their shop and then must deal with a continual stream of incoming customers who want to sell their possessions. Haggling is done with a sliding-scale system, and offers that are too low will cause the customer’s mood meter to drop. When that happens, the customers will provide a clue that makes it a little easier to work out how much they’re willing to pay. Purchased items can then be displayed on store shelves, and new offers come in for them regularly. The player can accept these offers at any time, but many of them are far lower than the prices they will have paid for the item in the first place, in which case they’re better off waiting.

Pawn Stars is monetized through Facebook Credits in several ways. Firstly, players who don’t want to wait for new offers on their displayed items can purchase “candies” with Credits in order to attract new customers — and, by extension, offers — immediately. Credits can also be spent on a “premium appraisal” service, which teaches the player how much all items of the same type are actually worth. Standard appraisals can also be purchased using the game’s soft currency, but this only teaches the player how much the specific item is worth. Finally, soft currency “cash” can also be purchased for Facebook Credits and then spent on certain in-game items and on new store clerks.

We weren’t able to reach the developers for comment on the future of the game, but it’s clear that a “Decorations” feature is soon to be added, allowing the player to customize and personalize their own store. At present, the player can name their own store and hire a clerk of their choice, but the visual style of the store itself is fixed. New items, avatars and store clerks are also added weekly, with more outlandish characters making an appearance for higher level players. The game’s Facebook page also keeps the community updated on what to expect from each new update and encourages players to interact with one another.

Pawn Stars: The Game seems to have staying power in terms of growth. Its DAU as a percentage of MAU is also fairly high for the month of May at over 20%. （source:insidesocialgames）

Eucalyptus Systems, creators of the most widely deployed on-premise cloud infrastructure-as-a-service (IaaS) platform, today announced that Plinga, one of the leading social games publishers in Europe, has selected Eucalyptus for its private cloud computing software.

Plinga currently hosts more than 30 social games across 20 social networks and game portals in Europe, including six of the top 20 most popular games in Germany and five of the top 10 games in Poland. Eucalyptus provides Plinga with a dynamically scalable, highly available, elastic and agile software for managing its rapidly growing social games using secure, on-premise IT compute and storage resources.（source:sfgate）

Super Texas Holdem Poker appears almost out of nowhere at number six on our list of fastest-growing games by monthly active users this week. The top five, meanwhile, stays mostly untouched with Gardens of Time leading the list yet again, according to our traffic tracking service, AppData.

Further down, we see games portal site King.com gaining some significant growth while the developer’s other games hang onto top 20 spots for an overall growth pattern that validates King.com’s cross-platform strategy. We recently caught up with Miner Speed, the first of the developer’s titles to get a cross-platform iOS app.（source:insidesocialgames）

Enrique Iglesias, Play With It! is a music-based app designed to allow the singer’s fans to play with music in a social gaming context that was created by developer MXP4′s Bopler Games platform, which Inside Facebook explored last month.

The branded celebrity game entered an alpha state on Facebook in late January of this year before hitting on open beta around April 28. Since then, we’ve seen it climb into our our weekly list of emerging Facebook games. Enrique Iglesias, Play With It! currently enjoys 220,453 monthly active users and 13,560 daily active users according to our traffic tracking service, AppData.

Enrique Iglesias, Play With It! is an app of several parts, with the main game component being “Pump It,” a simple rhythm game requiring players to move their mouse around a circular diagram in time with colored lights. The other parts of the app allow players to “play with” the music and create their own simple remixes.

The app packs a lot of different things to do into one place. Albin Serviant, CEO of MXP4, believes that it’s fulfilling an important place in the Facebook app market.

“There is a giant disconnect between social gaming and music at the moment,” he says. “On the top 100 social game apps on Facebook, there is nothing related to music except the excellent NightClub City. [This is] mainly focused on club management and not too much on really playing with the music, in a gaming context, on Facebook.”

Serviant was also intrigued to see Zynga’s recent deal with Lady Gaga but believes that artist-specific apps such as Enrique Iglesias, Play With It! as well as the company’s more fleshed-out Bopler Games social music gaming platform will play an important role in helping the music industry break into the social game space.（source:insidesocialgames）