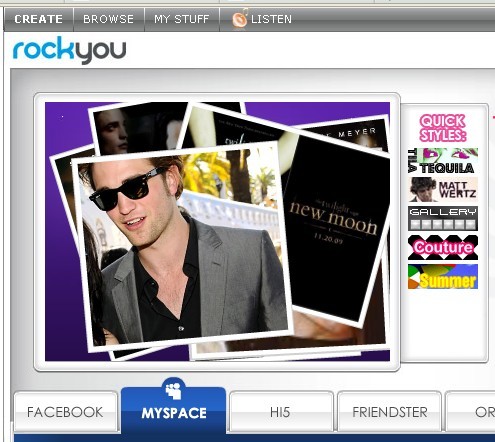 Facebook, the Palo Alto social networking giant, has signed another long-term agreement with a game maker to use the site’s virtual credits.

Redwood City startup RockYou said Thursday that it agreed to a five-year deal to use Facebook Credits, which are used to buy virtual goods in games such as RockYou’s “Zoo World.”

“We’ve worked closely with RockYou on developing Facebook Credits for some time, and their input has been valuable in evolving the product,” Deborah Liu, Facebook’s product marketing manager for virtual credits, said in a statement.

RockYou will receive 70 percent of revenue from virtual credits, with Facebook taking the remaining 30 percent. Game players can buy the credits with real money or earn them by agreeing to offers from advertisers.

“As users adopt credits, there may be a great opportunity for us to increase revenue from both a virtual goods and advertising perspective,” Marino said.

Facebook’s Liu, meanwhile, told the VentureBeat blog that the site has been trying to sign its biggest game developers to long-term agreements so it can pay for the infrastructure behind Facebook Credits.

In May, San Francisco startup Zynga — maker of games such as “FarmVille” and “Mafia Wars” — agreed to expand its use of Facebook Credits in a five-year deal to keep its titles on the site.