1)Techweb has held a discussion about the life cycle of social games, Beijing Aoshi Rongsheng Technology CEO Fan Shuhao and Beijing Shiji Chuangxiang Technology CEO Mu Yinan both recognized that the life cycle of every social game was just half a year and had extended to 1 year in 2009. But under such fierce competition, most games can just survive for half a year and make profits for only 2 to 3 months. In addition, Fan and Mu also mentioned a payment principle—Magic 10 rule—10% users will bring 80% revenues, and micro-payment theory—users can adapt to the whole business mode from small amounts of virtual transactions. (hexun.com) 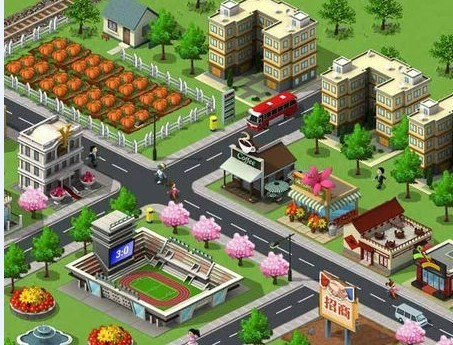 2)From yesky.com’s survey data about the popular Happy City, Happy City can become popular by virality  but not by the promotion of kaixin001.com. There are 75% gamers installing this game based on friends’ advices, 15% gamers based on some related media reports and 10% based on friends’ information. Although this data seems to be incredible. (yesky.com)

3)According to 21cbh.com, Tencent is now planning a pan-entertainment strategy which will be experimented by children game—Roco Kingdom and integrate online and offline game resources. From cnYES.com’s data, there are more than 50 million registered gamers in Roco Kingdom with more than 400 thousand online users at the same time. Tencent vice president Cheng Wu said that kid.qq.com would not aim at making profit but tend to expand game related industry, such as cooperated with press launched some books and periodicals like Roco Kingdom Manual, or cooperated with media companies made animation film—Roco Kingdom. Tencent is planning to integrate some cultural resources like animation, film and television, music to practice its pan-entertainment strategy. (cnYES)