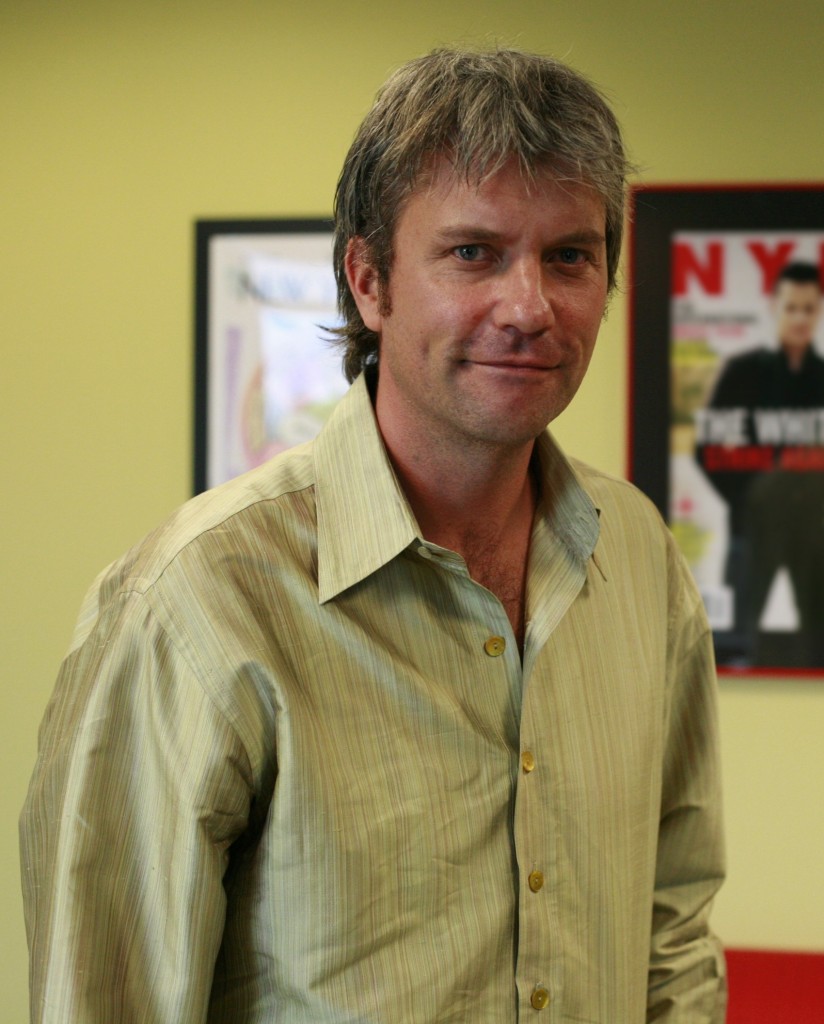 Chris DeWolfe, one of the founders of MySpace, finds himself in an interesting and slightly ironic position these days as the head of San Francisco-based MindJolt — a gaming platform that derives the majority of its users and its revenue from its presence on MySpace nemesis Facebook.

During a session this morning at the Casual Connect conference in downtown Seattle, DeWolfe talked about the Facebook dilemma and other issues facing game developers in an on-stage interview by Dean Takahashi of VentureBeat. As noted at one point by Takahashi, the appearance came just as Facebook was announcing that it has passed the 500 million user mark. Continue reading for excerpts from DeWolfe’s comments.

On Facebook as a platform for social games: Facebook is really an interesting conundrum, because they’ve made a lot of us a lot of money in this room, and it’s where our primary user base is and our primary revenue stream. That’s an amazing thing, they’ve built one of the most prolific companies of our time. On the other hand, it’s tough to be reliant on one distribution source for all of your revenue. As we all know, they can make a change, and your traffic can be off by 20 percent. That’s happened to a lot of companies. We’ve been fortunate in that we’ve been able to continue to grow our base virally, but there are a lot of companies that are just falling off the face of the top developers list because they haven’t figured out how to make those viral changes when Facebook makes a change. So I think what you’re seeing out there is a lot of the game companies begin to try and diversify into other platforms or onto their own domains.

On Facebook’s success: One of the things that Facebook did right is they’ve always, always, always focused on the user experience, and said, as long as we had a good user experience, we’ll be able to make money at some point. When they were pressured by different people to make money, they said, no, we’re going to continue to do this, and we’re going to build a goliath of a company, and I think at the end of the day, as long as you can build a great user experience, you’re going to attract a critical mass of users, and when you want to turn on the monetization, you turn on the monetization.

On MySpace’s struggles: We grew really quickly, we had more page views than any other website in the world. When you’re part of a public company there’s a certain amount of revenue and profit pressure that you have, and consequently I think we probably had too many ads on our site, and some of the features on our site, we didn’t streamline enough. So adding a friend may have taken threesteps and Facebook was doing it in one step. I think there was a lot of pressure to have those extra three page views in there, and from that perspective I think we could have done a better job. I think we learned a lot in the hiring process. We were hiring 70-80 people a month. Anytime you hire 70 or 80 people a month, you end up getting some mediocre people in the bottom tier, which slows down your company.

On MindJolt’s mobile strategy: We’re spending a lot of time and effort on our mobile strategy, which is the iPhone, it’s Android and the iPad right now, and we’re going to be adding other smartphone networks after that. Also MySpace and any other relevant foreign social networks. There’s tons of opportunities out there, along with the MSNs of the world that have a massive audience, and they’re really interested in this space. We have a critical mass of audience right now, but if we can widen it even more, we can increase the value proposition even more. It’s more additive than replacing users on Facebook.

On the role of Google and Microsoft in this area: I think the more competition the better. It makes all the products better, it makes all the policies better. We’re cautiously optimistic that companies like Google will be able to build a great social networking platform. I think it is a little bit late in the game, and they certainly have tried it before, so a lot of it depends on their commitment to it. MSN and Bing are really interesting because they have such a huge user base. 4 or 500 million users worldwide. They also have some of the key social elements that can be harnessed to make certain content social, for example, their IM and their email and just the natural traffic that they can make more social.

On what he would do if he were at MySpace now: Being application developer ourselves, and in talking to all of the application developers in San Francisco, Silicon Valley, Seattle and everywhere else, they’re not developing on the MySpace platform. That’s going to take a lot of beefing up, it’s going to take a lot of hand-holding, the platform has gotta be more user friendly. I would probably even introduce the Facebook platform to give developers the ability to either develop on the current OpenSocial platform or the Facebook platform. I’d make that a lot more user-friendly. I would concentrate more on intelligently surfacing content by user depending on what their interests were. Those are the main areas.

On making MySpace relevant again: I don’t think the strategy has changed so much. I think one of the things that happened is, MySpace was always the place where all the celebrities went to announce their news, and now on TV, you see everyone giving their Twitter account or their Facebook account, and you no longer see them giving their MySpace account. So I think a lot more outreach can be done to educate the influencers both in the U.S. and abroad that MySpace still has 110 million users, it’s very user-friendly for influencers, and it’s a great place to go. The pitch has been very quiet in the last year, year-and-a-half. A lot of people think the site’s dead, which really isn’t the case.