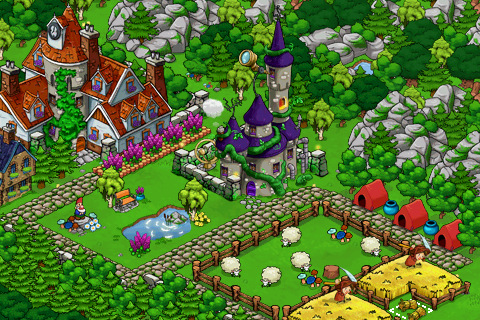 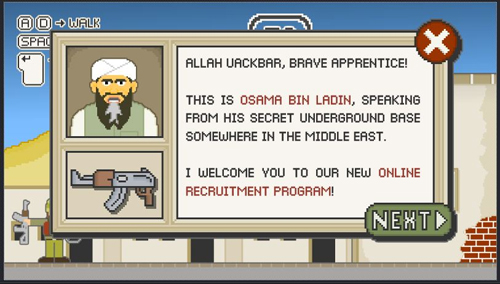 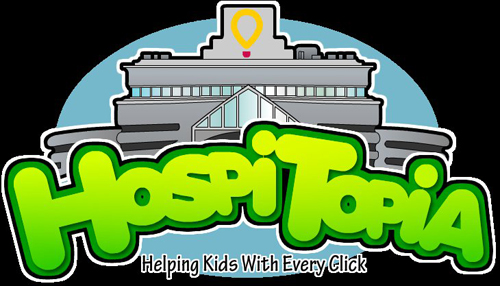 Medieval city building game Trade Nations has enjoyed success on iOS, clocking over 200 million game sessions in four months and now it looks to bring the experience to Facebook with a newly launched port. It is currently ranked as the 17th highest grossing app for iPhones in the U.S. and 14th highest grossing for iPads.

Trade Nations on Facebook was developed by Bight Games. It was originally published on iOS by another studio, Seattle’s Z2Live, which hired Canada’s Bight Games as a contractor to design artwork and gameplay for the title. Both subsequently had a small dispute where they each claimed ownership of the intellectual property behind the game.

They came to an agreement, with Z2Live telling our sister site Inside Mobile Apps that it owns the rights to distribute Trade Nations in perpetuity on iOS while Bight is free to do what they want with the Facebook title.（source:insidesocialgames）

On Sunday, the world was disrupted by the news that terrorist leader Osama bin Laden is dead. A few hours after the fact, a free Flash game — called Mujahedin — appeared on the popular online game site Newgrounds.

The game opens with a pixelated bin Laden welcoming you — a new recruit — to the first online Taliban training program (see image above). Your mission: To simply walk into a military base and blow it up. Once the task is done — it’s game over, and you will earn your training camp diploma. You also have the option during the game to stop and to hit ‘Enter’ to praise Allah (which will get you shot immediately).

The whole experience lasts all of 10 seconds and isn’t really much of a game, which leads me to believe creator GroggyLobster, when s/he says Muhahedin is “supposed to be satire.”（source: games）

3）Sometimes, social games aren’t all rainbows and pools filled with green papers adorned with old Benjamin Franklin’s mug. For some, like Boston-based developers Ayeah and Hangout, it can be a rough time. According to Boston.com, Hangout has been shut down while Ayeah shuttered its only game, FanSwarm.

According to Boston.com, Hangout’s decline was a slow one, as the layoffs came as early as 2008 and continued well into 2010. Now, the company has ceased all communication: no phone, no website, nada.

As for Ayeah, the company is reevaluating its situation after FanSwarm, the first “social reality” game on Facebook, according to the company. The game allowed players to predict the success of up-and-coming celebrities as if they were Hollywood talent agents. After attracting just about 35 thousand players, Ayeah founder Doug Levin told Boston.com that the game has officially been taken down.

“We’re trying to figure out what to do with it,” Levin said. “There were significant challenges getting the game’s monetization to meet our customer acquisition cost.” According to Boston.com, the two company chiefs, Levin and Hangout’s Pano Anthos, have extensive backgrounds in enterprise technology–not video games. Perhaps that’s what makes the difference.（source:games）

4）Pixonic has Released a Cookbook for Successful Social Games Development

Pixonic, social network games publisher, has released a cookbook for game developers. Social Games Cookbook is neither a manual nor a strict set of rules but rather a recipe book on how to make hits.

There are over 1,000 professional game development studios all over the world, and it’s exactly for them that Pixonic team, who use their own PixAPI platform to publish games in social networks, have revealed the secrets of successful game development in their new cookbook. It contains answers to the developers’ hottest questions, practical recommendations and Pixonic team’s know-hows.

“When we decided to publish the book, we learned, to our surprise, that no one had ever done anything like that before,” says Elena Masolova, Pixonic CEO. “The studios and developers that we work with publish their games in social networks all over the world. However, they usually face similar problems, make the same mistakes, and ask our producers the same things. We decided to put all the recipes together to help those who want to make their own hit games.”

The book contains a lot of recipes on how to make attractive graphics and a comfortable, user-friendly interface of social games; it describes what the first game session should look like, why quests are important, and what makes an ideal social game so different. All the recommendations are written in a plain and clear language.

“Plan the first session ahead for the players and reward them for all the good choices – take them by the hand. Reward them through quests or by balancing experience for each level,” the authors suggest. “Any energy spending has to be rewarded. If you don’t know how to reward players, give them experience.”

The recommendations suggest that the game developers don’t ask players to count or compare numbers, give reasons why players shouldn’t be given an opportunity to make bad choices, and explain that the most important things about the game are an intriguing plot start and respect for the player’s gaming regime.（source:prnewswire）

A revolution in social gaming has just arrived via a new game called Hospitopia. Perched at the intersection of social games and social good, Hospitopia launched on Facebook in 2011 in partnership with Children’s Miracle Network Hospitals. The cause-based social game helps raise funds through social gaming.

“We believe with the sheer numbers of people playing games in the social space, creating games that generate funds for worthy causes will revolutionize the way people support and give to the causes they hold dear,” said Jonas Hudson, founding partner and President of CausePlay, the company behind Hospitopia.

Hospitopia has partnered with JUMBiES, a plush toy company that has integrated a “mini-JUMBiES game” in Hospitopia as well as other game components. Players for the next five months starting today will be able to choose a CMNH hospital to play for and earn a donation of 50 JUMBiES for the kids in the preferred hospital! A grand total of 250 JUMBiES will be donated during the run of the promotion.（source:prweb）

Within each game, CausePlay will offer sponsors the ability to seamlessly integrate their brand into the Hospitopia game. CausePlay calls the technique Cause Integration, and it promises to revolutionize product placement, consumer engagement and brand building.

New to the conference this year is the Social Games Summit, which will feature panels and lectures from some of the most influential figures in the social space, on topics including Facebook games, persistent MMOs, web-based online titles, and much more.

As part of the Social Games Summit, Playdom’s VP of global distribution Paul LaFontaine will host a talk dubbed “Social Gaming is no Long Just Facebook,” during which he will help developers prioritize which platforms to develop for among the ever-growing sea of regional and specialized social networks like Odnaklassniki.ru and QQ.com.

Many more GDC Europe Main Conference sessions are due to be revealed over the next few weeks for the event — part of the UBM TechWeb Game Network, as is this website. In addition to the Social Games Summit, GDC Europe has added a notable Summit on indie games, as well as a Summit on smartphone and tablet games and the Community Management Summit to the existing line-up of learning and inspiration.（source:gamasutra）