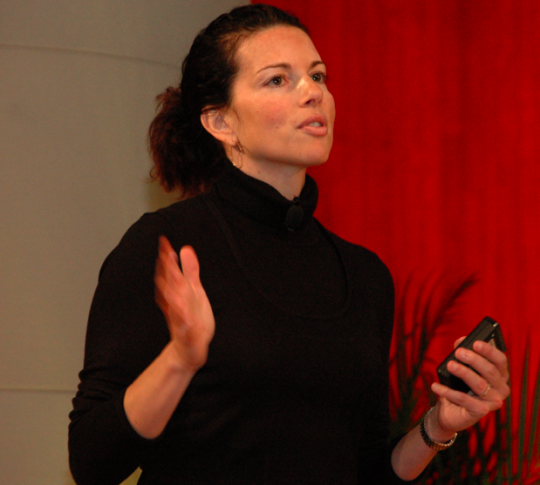 MERCURY NEWS – July 16 – While Ning goes through its own turmoil — though traffic is still growing, former COO and now CEO Jason Rosenthal sharply cut staff and killed its free service — Bianchini’s working as an “entrepreneur-in-residence” at Andreessen’s venture capital firm, Andreessen Horowitz, and keeping her personal plans to herself.

Q: What was the original idea behind Ning?

A: We had a very simple premise. What if we gave people an opportunity to create their own rich, immersive, branding experience that would bring people together around their passion? Just as in the early days of the Web, when people looked around for diverse online experiences, we believed that same thing would happen with social technology.

Q: But doesn’t Facebook provide the same thing as Ning?

A: On Facebook, you can’t create in 30 seconds that same immersive social experience that Ning offers.

Q: So why did you leave?

A: It was time. I handed it over to our great COO, Jason.

Q: You’ve succeeded in an industry that still suffers from a paucity of high-level female entrepreneurs. Do you see that changing in the future?

A: The last two years have seen the mainstreaming of the Internet, especially with social networking and social commerce. What this means is that women — who currently control 80+% of househol spending — are bringing their time, energy and purchasing power to the Internet in fundamentally new ways.

Q: Where is social networking today?

A: Never before have we seen the intersection of technology, psychology and organizational dynamics as we’re seeing in 2010.

Q: So where will it all take us in the next year or two?

A: We’ll soon see a number of emerging social technologies. The first five years of social networking were about building the infrastructure. It was like, “Build it, and the revenues will come.”

But now it’s about applications And all of them have immediate revenue opportunities.”

A: It’s about finding the right levels and points where people are comfortable. Culturally, people are getting more comfortable sharing more, but “more” is a relative thing.