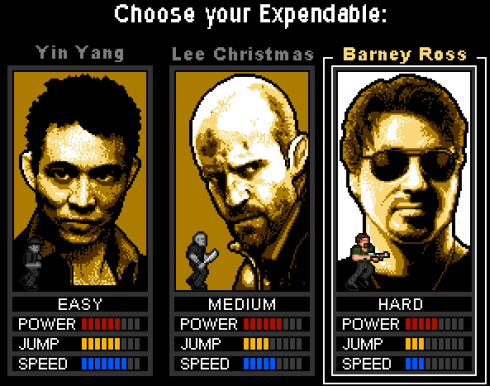 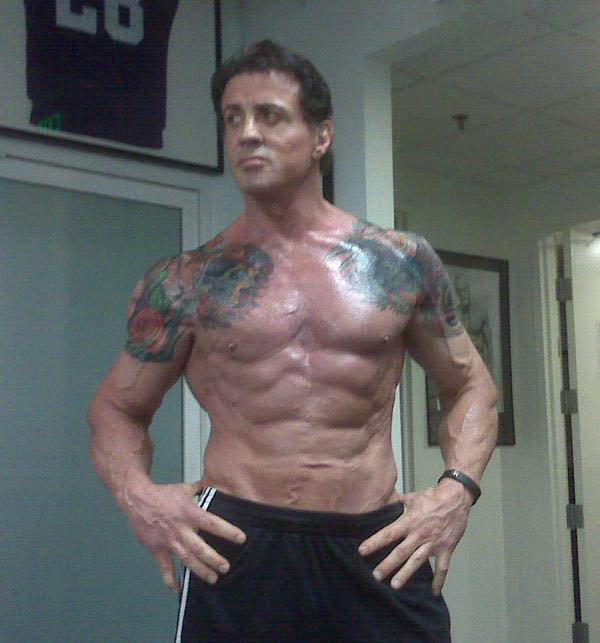 While Mafia Wars teased us with questions about which of our favorite action heroes we’d like to see in their game, someone out there, while also promoting “The Expendables” movie, actually did something about it. Cause dropped into today’s page 9 of the daily rag amNewYork, a journalistic gutter of miscellany, is a four-sentence paragraph on the coolest Facebook advergame to hit the scene:

How to promote an ’80s movie throwback? With an ’80s video game throwback, of course! A Facebook game for the upcoming action flick “The Expendables” is ripped from Nintendo’s “Contra,” complete with a jungle and steep difficulty level. Let’s see if that Konami code still works!

If none of those words made sense to you, Google is your friend (and those links to Wikipedia I’ve snuck into that paragraph). Let’s just say the common consensus is that if you already know what ‘Contra’ is, you’d be squeeing like a schoolgirl with a Spread Gun right now. If you don’t know ‘Contra’, then this might not be for you. But if you don’t play it, then you won’t know if you’ll like it. But if you do play it, unlock Bonus Mode, and end up as a Top 10 score, you’ll have a chance to win “SOME SWEET EXPENDABLES S@H*!”

So people might not be psyched about that last bit, cause it does involve having a Facebook account, liking the film’s official fanpage, and clicking ‘allow’ on the app’s page, all to access the game. Sure, us Facebook gaming regulars have no trouble or qualms with that, but for the rest of you, note that you can also play it on the site of the game’s publisher, Break Games.