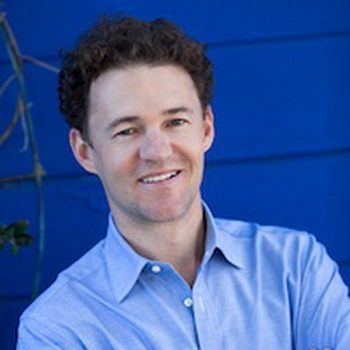 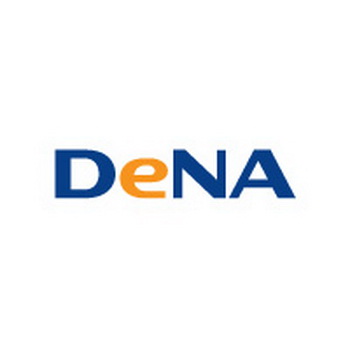 It Girl developer CrowdStar announced today that Alex Galvagni, former senior vice president of global product development and CTO of Glu Mobile, joined its ranks this week as Head of Studios as part of the company’s strategy to go both mobile and global in 2011.

Following so closely on the news that Zynga formed a UK studio dedicated to mobile development, it’s not lost on us just how serious social game developers are taking the mobile space these days. EA and many other developers have had a head start on building up a mobile library that spans smartphones, feature phones and tablets compared to Zynga, CrowdStar and other social gaming companies.

Speaking to us by phone this morning, CrowdStar CEO Peter Relan and Galvagni share some of the short-term plans the company has to build on its mobile portfolio while expanding its Facebook games to the global market.

“We will be doing more mobile games that are not just companion products,” Relan says. “You can expect [the first of these] this quarter. You can expect one more major Facebook product this quarter and generally speaking one per quarter after that.”

In his role as Head of Studios, Galvagni will oversee most of CrowdStar’s swelling ranks and take charge of the games release schedule. He will also work to roll out the developer’s existing games to the global market both on Facebook and off, depending on the international territory. As for mobile, Galvagni stresses that it’s a big part of the strategy. “The focus is going to be on making good mobile products that work on the platform,” he tells us.

CrowdStar’s first mobile offering, an It Girl companion app, hit the App Store early last month. The developer is currently the fourth largest app developer on Facebook and the third largest social game developer behind Zynga and EA, with over 31 million monthly active users across all 20 of its apps.（Source：insidesocialgames）

As part of the agreement, DeNA will build a version of its Mobage network for NetDragon’s 91Game platform. That localized community will offer mobile social games developed by DeNA and its content providers.

NetDragon in turn will use DeNA’s Ngcore engine to create games that will be incorporated into Mobage. The mobile social network is one of the biggest in Asia, claiming more than 20.5 million registered users.

This deal’s announcement follows just a few days after DeNA announced that it’s working with Japanese wireless carrier NTT DoCoMo to integrate Mobage into the company’s smartphones and feature phones.

DeNA’s partnership with DoCoMo is also designed to promote Mobage to other Asian countries and Europe, as the two plan to collaborate with mobile operators and game developers, as well as their respective subsidiaries and partners in foreign markets to expand it internationally. （Source：Gamasutra）

You probably would have never imagined that the perfect getaway would be right inside your browser. But here it is … literally. Foster City, Calif.-based Perfect World Entertainment (PWE) has released its first ever Facebook game, Perfect Getaway, Social Times reports. Known for publishing massively multiplayer games (MMOs) like Perfect World International and roleplaying games like Torchlight, PWE is treading deep, uncharted waters with Perfect Getaway. In the game, players take control of a major cruise ship, customizing it and their staff while taking patrons on relaxing cruises. As the head of your own cruise ship, you’ll visit exotic, tropical locations such as the Caribbean, Cuba and Jamaica while collecting souvenirs and other sea-bound activities.

“We’re excited to get into Facebook games and we feel that the market is still growing and we feel like we want to hit the mainstream Facebook gaming market with high quality products,” Jason Park, GM of Perfect World, told Social Times. PWE also hinted that, since PWE is traditionally a hardcore MMO developer, that more hardcore features are going to find their way into Perfect Getaway. According to Social Times, there a bunch more features to look forward to in Perfect Getaway:

Personalize your Captain! – Become the Captain of your very own cruise ship. Choose from a wide variety of outfits and hairstyles to make your Captain truly yours.

Hire your Friends to be part of your Crew – Invite your friends to join and work on your cruise ship! Earn money by managing your service stations.

Keep your Passengers Happy to Succeed – New passengers will board your cruise ship at every port. Keep them happy to get a perfect cruise rating.

Decorate your Cruise Ship – Customize your cruise ship by changing hull styles and adding decorations to your boat.

Set Sail to Real Landmarks and Destinations – Travel to real locations to collect special souvenirs at each dock. Collect all of the souvenirs to unlock a special item. （Source：Games.com）

For the past 5+ years I have been working with Spil Games and I have seen the online game company grow from a small start-up to a profitable international 300-person company. At the same time the online game market has also grown tremendously. When I first looked at online gaming back in 2005 it was still considered a niche market: people played games on consoles or downloaded them to their PCs, playing games in a browser was still in its infancy. At that time most people hardly ever played online games, it was considered something for kids or geeks.

Times have changed though, nowadays online games are everywhere. Especially social games like Farmville managed to get a lot of new people to start playing games. In the early days social networks helped the growth as well: if your friends invite you to play a game the chance that you will try out the game is a lot higher.

Traditionally most game companies either earned money through advertising, through a one-time payment (“download this game for USD 19,99″) or by charging a monthly subscription fee. But social games changed that completely, suddenly free-to-play games became massively profitable because players were willing to make small payments for virtual goods. Leading social game developer Zynga makes tons of money on virtual items and is currently valued between USD 7 and 10 billion.

Zynga valuation is an obviously an outlier. Despite not ‘owning’ any of its players (almost all their players play their games on Facebook, so they are heavily dependent on them) they still manage to get a huge valuation because they are able to make the exact games that people want to play and that people are willing to spend money in. Competitors like Playdom that also specialize in developing social games, and who don’t own their players either, also get high valuations: Playdom was sold to Disney last year for USD 760 million.

But for non-social game companies valuations so far where a bit lower. It seems that may be changing though and that investors are starting to realize the potential of these companies. This week it was announced that Bigpoint raised a USD 350 million round at a USD 600 million valuation. The company is not a social game company but focuses on browser based MMO (=massive multiplayer online) games, that are free to play. Bigpoint earns its money with virtual items as well, just like Zynga and Playdom. The big difference is that Bigpoint owns most of its users and is not dependent on a site like Facebook.

I expect that valuations for many other online game properties will go up in the near future, especially for those companies that get a large part of their revenues from virtual goods and that are not dependent on Facebook for their traffic. It will be interesting to see at which valuation these companies are able to raise rounds – or are snapped up by players like Zynga looking to have their own traffic! Based on what I am hearing in the market the revenues of many of these players are doubling every year because of virtual items (just like Bigpoint) and I won’t be surprised to see a billion dollar IPO for one of them within the next 18 months.（Source：businessinsider）

The company, which began by developing text-based role-playing games and now works on social media games, was awarded an $80,000 forgivable loan by the state to help it buy software and other equipment.

“This is really exciting,” said President and CEO Michael Hartman, who founded the company in 1994. “In the last year or two, we’ve grown into a much more mature company. Before, we were just a game. Now we’re much more a company.”

The company traces to Hartman’s time in law school at the University of Georgia, where he began developing a text-only role-playing game called Threshold.

“In the classic entrepreneurial spirit, I thought I could build a better mousetrap,” he said.

He taught himself computer programming and soon found that he liked it much more than the law.

“I eventually just said that I really hate being a lawyer, and I really love making games,” he told the Herald-Leader in 2009.

The game contained the elements of any standard role-playing game: quests, leveling up characters, purchasing goods and more. Players join guilds, or clans, and try to become the most influential. They also take part in a religious system.

By 1996, he was full-time in the video game business, continuing to manage Threshold as it evolved. He met his wife, Pang, the company’s vice president and creative director, while playing Threshold in 1998. They moved to Lexington in 2004 to be closer to her parents.

Last year, the couple and their small staff of freelancers worldwide released a follow-up to Threshold called Primordiax, which began featuring some graphics. They have since turned more to casual games like those popular on social media sites such as Facebook. In the next few months, they expect to launch one called Coin ‘n Carry.

“It’s a full Web browser game in which you’re a medieval shopkeeper and sell products,” Hartman said Thursday. “The core is a whole bunch of mini-games. It’s very casual and friendly.”

Working in their home in Lexington, the couple manage the company full-time and make money off users paying for items and other features in their games.

The first of the couple’s new full-time employees, who will have an average salary of about $49,000 annually, will be an artist they’ve used in Maryland who plans to move to Lexington.

They also plan to look locally for computer programmers and artists and are seeking venture capital funding for office space, Hartman said Thursday.

Hartman complimented the Bluegrass Business Development Partnership, which includes the city, Commerce Lexington and the University of Kentucky,