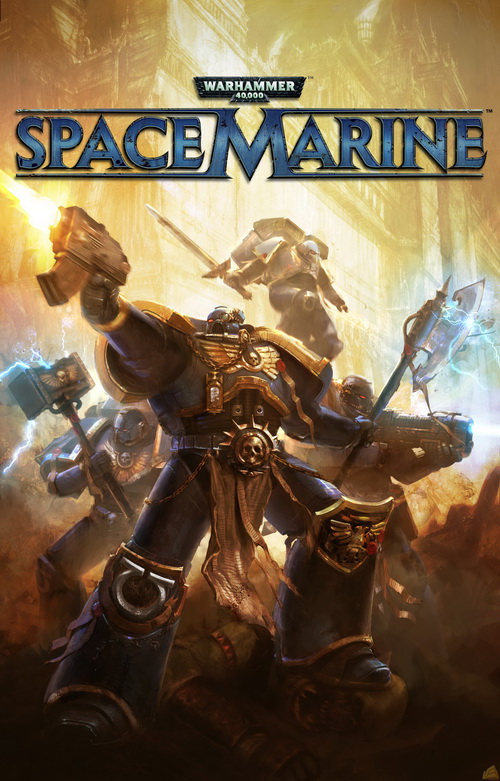 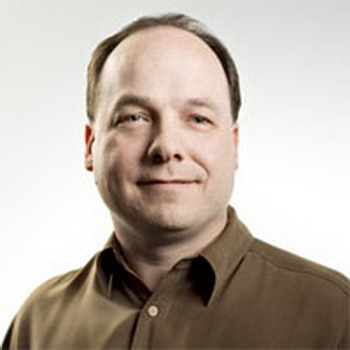 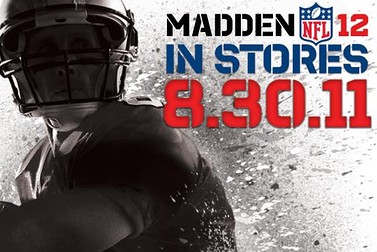 THQ has signed a multi-year extension to its licensing agreement with Games Workshop to continue producing games based on the Warhammer 40,000 universe.

The agreement extends the original that was signed in 2007, which extended the publisher’s previous console, handheld and PC rights to include wireless devices and “all online rights,” which includes social games and MMOs, the rights for which were previously held by Electronic Arts.

That contract was set to expire in 2013: THQ’s announcement today does not specify when this new extension is set to expire, and the company did not immediately respond to our inquiries.

THQ has released a number of Warhammer 40,000 games since it acquired the console and PC rights in 2001, after an agreement with SSI, Inc. lapsed. The most notable of these is the Dawn of War series, which has sold 6.5 million units to date.

Two Warhammer 40,000 titles are currently in development for THQ: Space Marine, a third-person shooter for current consoles and the PC, and Dark Millennium, an MMO.（Source：Gamasutra）

John Schappert has left his role as chief operating officer at video game publishing giant EA for a senior executive position at Zynga, the Wall Street Journal reports. This is Schappert’s second move in as many years between video game companies.

Schappert joined EA in 2009 as COO after leaving Microsoft’s Xbox Live team where he served as a corporate vice president. Prior to that, Schappert was a longtime EA executive and founded its Tiburon studio, home of EA Sports Madden NFL franchise. In the Microsoft-to-EA move, Schappert replaced John Pleasants, who went on to Playdom and later became president of Disney Interactive.

Zynga appears to be bulking up its traditional video games pedigree with the new hire. Just last month, the FarmVille developer appointed longtime Tecmo Koei CEO Kenji Matsubara CEO of its Zynga Japan studio. There is speculation that the company could be staffing up executive positions ahead of an initial public offering sometime next year; Zynga has reportedly been finalizing a $500 million round of funding worth $10 billion to that purpose.

Zynga declined to comment on this story. EA did not respond to a request for comment before press time.（Source：Inside Social Games）

Paris – Kobojo, a France-based social and mobile game developer, announced that it has raised $7.5 million in its first round of funding, led by Endeavour Vision with participation from IDinvest.

The company said it will use the funds to step up development in France, and internationally. （Source：dmwmedia）

New York, NY (PRWEB) April 25, 2011 -LuckyChic.com, the premier social commerce destination site where members can meet up and play social games to win products, once in-a-lifetime experiences, and even social currency, announced today the official launch of its “Social Commerce Network for Women” as well as highly anticipated new game “Lucky Peek” and its debut social game “Lucky Look.” Pioneering the space, LuckyChic.com is on its way to becoming the most popular online shopping and social commerce destination, where the integration of e-commerce and social gaming is applied to a full array of lifestyle verticals including fashion, beauty, travel, VIP experiences, hot electronics and more.

LuckyChic.com is the first site of its kind to blend social games, social media and e-commerce into an exciting “social commerce network” geared towards women 18-35. All Lucky Chic members have profiles that enable them to interact with other community members while engaged in either an e-commerce or social game. Members can access information about their competitors / peers including their past e-commerce history and a display of shopping “label” badges they have earned playing on the site.

The site’s debut social game, “Lucky Look” allows members to post their latest fashion look for the community’s feedback of “Love It” or “Not.” Each day the member with the highest “Loved” submission wins 50 Lucky Chips. This is the first in a series of interactive social games that will populate the site and bring together this community of shoppers to not only compete, but to discover trends and shared interests.

Lucky Peek, which allows consumers to use strategy to win must-have items, is the most recent release in an array of unique online e-commerce games in the pipeline for community members. In the Lucky Peek game, for a Lucky Chip, customers can “Peek” at the price of an item and purchase it if the price they see appeals to them. Only one person can “Peek” at the item at a time and for each “Peek” the price of the item decreases. Waiting for others to peek decreases the price of the item, but one must strategize how low the price can drop before someone else grabs the deal.

In addition to fostering its tastemaker audience’s fashion viewpoints, Lucky Chic has its developed an impressive internal merchandising team headed by Lucky Chic’s President Ian Gerard, who was previously the founder of Gen Art – a brand known for its strong curatorial voice in the fashion, lifestyle and entertainment arena. That team helps to select key brands, products and experiences that will be of interest to its audience. This keen sartorial voice is something that sets Lucky Chic apart and has made Lucky Chic increasingly the go-to destination for all things chic.

Specifically in the fashion space, Lucky Chic has expanded its platform beyond luxury brands to include hot on-the-rise new designers such as Cleobella, Treesjie, Ember Skye, Candance Ang, Colby June, and the Julie Collection. Lucky Chic’s fashion vision is driven by Style Director Meg Johnson whose wealth of experience includes having co-founded NYC boutique “Addict,” a tenure as senior fashion buyer for Ideeli, and runner-up on the CW’s series “Stylista.”

“We are excited to launch the world’s first social commerce network focused on women, and the social games Lucky Peek and Lucky Look. As the worlds of e-commerce and social media converge, we have developed a unique social commerce platform where online shopping goes from a solitary experience to an exciting, social experience,” said Joel Fan, CEO and founder of Lucky Chic. （Source：sfgate）

NEW YORK (MarketWatch) — On Wednesday, the video-game maker EA Sports will reveal the cover athlete for its latest Madden NFL game after an online event that saw more than 12 million votes cast. It’s a move that highlights the company’s innovative approach to social media and marketing.

EA Sports, a division of Electronic Arts Inc., opened the process of choosing the Madden cover player to fans, who voted through brackets initially comprising one player from each National Football League team. It was only the second vote for cover athlete of one of the company’s games; last week fans chose former University of Alabama running back Mark Ingram for the cover of NCAA Football 12, due in July.

In the past 14 months, the number of EA Sports Facebook fans has grown to almost 7 million from just 175,000. Its account on Google’s YouTube service has 31,000 members and racks up between 1.5 million and 2 million video views month.

It has changed internally, too, creating a structure unique among EA divisions of a 20-person integrated communications team, half of whom are responsible for tracking what’s being said online and incorporating that feedback into its marketing communications planning.

It’s a strategy that covers not just marketing but also game development, where developers add features to games based on what fans say they want. Madden 12, set for an Aug. 30 release, will be the first game in the series to include surprise onside kicks, an option the online community pushed for after the New Orleans Saints successfully used the play in Super Bowl XLIV.

“We used to be the ones driving marketing campaigns; even with Madden 09 or Tiger Woods Golf 09, online it was about ‘buttons and banners,’ ” said Peter Moore, president of EA Sports. “Now, it’s more like community management, of having our message honed by the online community.”

EA Sports also works closely with some individual members of that community. In the past year it’s created its so-called game changers program, where prominent fans provide input and feedback to developers from the early stages onward.

Raymond Goode is one of the game changers. A resident of Washington, D.C., Goode’s day job is at the U.S. Census Bureau. In his spare time, he runs several fan websites including MyMaddenPad.com and MaddenWars.com. Goode has attended EA Sports community events since 2005.

Goode’s role isn’t a professional association; for EA Sports, he and his fellow game changers are representative of the most devoted fans and their desires. On the flip side, Goode also helps game players. Game changers’ big perk, he said, is receiving games early, using their head start to create game tutorials, both videos and written articles, and to answer questions from fans. Goode said he posts on his own sites as well as EA Sports’ Inside Blog. （Source：marketwatch）

6）Friendster Deleting User Data on May 31

Friendster is doing some spring cleaning at the end of May. The old school social networking site has announced to users that it will be deleting user information (such as photos, blogs, comments, messages, etc.) on May 31.

Friendster is, however, letting users download their information before they obliterate it. They’ve made an app available that lets users export all of that precious Friendster data. On the site’s help center, it says:

The Friendster Exporter is an app that helps you download or export your current Friendster information, including your profile information, your friends list, your photos, messages, comments, testimonials, shoutouts, blogs and groups. To install this app, click here or type the following URLhttp://apps.friendster.com/exporter on your browser, then follow the instructions.

If you do not wish to keep all this history or information, then you do not need to do anything. Whether you use the Exporter or not, your Friendster account will not be deleted. Your list of friends will be preserved, along with your basic profile information. Your wallet and games details will also remain unchanged.

It’s clear that Friendster’s chances of winning the social network market share game have been pretty slim for a long time now. The company (acquired in 2009, by MOL Global) seems to be officially conceding to this fact. MySpace did this recently when it got more integrated with Facebook too.

If you go to Friendster now, it’s all about gaming.

Last summer, Facebook paid a reported $40 million to acquire some Friendster patents, which could have helped the company prevent some lawsuits. （Source：webpronews）