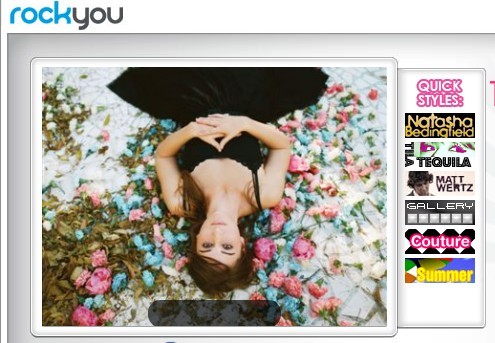 Facebook has been busy meeting with large developers on its platform, trying to get them to sign deals to exclusively use its virtual currency, Credits, in their applications. So far, it has CrowdStar  and LOLapps  using Credits exclusively as the direct payment method, with rivals like Zynga participating but also using alternatives.

“RockYou is NOT doing away with Wildlife Point items to be replaced by Facebook Credits ($0.10 each). But all CASH purchases will require facebook credits within a year (Facebook requirement).”

In other words, while Zoo World will use a virtual currency system, the only way to buy anything is through Credits — not directly through PayPal, mobile payment services, etc.

After seeing this change, we followed up with RockYou to learn more about its plans; it has until now not said what its intentions are. Lisa Marino, the company’s chief revenue officer, tells us that it has been working with Facebook to figure out how to best implement Credits.

The bottom line is that Facebook is in the first inning of the ball game as it relates to Credits. We as an industry have a lot of use cases regarding payments that we are actively working through with them, since the major developers have optimized around different elements of payments flows. Some rely more on credit cards while others leverage PayPayl more aggressively, for example.

RockYou is being very open with Facebook, as are other developers, to help get it right. Facebook will require Credits as the only top up method once we get it right.

Many developers have said that the problem with the virtual currency hasn’t just been the 30% fee that Facebook takes — it’s the “breakage,” the loss of control over pricing, and other issues that increase the costs even more. Some have said that the total cost of Credits comes out to something like 50% of a game’s revenue, although Marino says it’s less than that.

Marino says that Facebook is taking a few steps to make Credits work better, like testing new purchase interfaces in apps, and trying to seed free Credits to get more users interested. So far, while Credits hasn’t performed as well as pre-existing payment methods, it is improving — and Facebook has a lot of new tests to run which will make it substantially better during this quarter, Marino says. Conversion rates in some tests are proving to be much higher than the 3% to 5% that developers typically see, for example. She hopes that by working with Facebook early, RockYou will be better positioned to take advantage of the currency as it evolves; the company already took this with a test of offers for Credits, back in March and April.

There’s still the question of when Credits will become more profitable for developers than their existing payment services. Marino expects this to happen sometime around the end of this year or early next year, at which point she says she wouldn’t be surprised to see Credits used for more experiences on Facebook, like buying real goods.