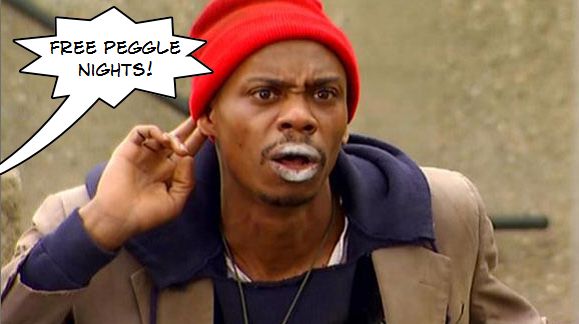 PopCap Senior Designer David Bishop said today that the company is “looking to add social features to all our existing games going forward.”

Speaking at the Develop Conference in Brighton, Bishop wouldn’t elaborate on what kind of social features we could expect to see or which existing games might get the social treatment first, but he did mention sending cross-platform taunts and challenges in Peggle as a hypothetical example. When questioned, Bishop said we could expect to see these features rolling out in the next six to 12 months.

During the talk, Bishop also mentioned the company was working on some original social games in addition to the adaptations of existing franchises. The statements seem to lend support to an April MTV Multiplayer interview where PopCap CEO John Vechey admitted that one or two of PopCap’s franchises would be coming to Facebook by the end of the year.

PopCap’s increased focus on social gaming comes in the wake of the company’s immense success with Facebook’s Bejeweled Blitz. The game has attracted 10 million monthly users and 3 million daily users since launching in late 2008, but achieving that success wasn’t without its pitfalls, as Bishop outlined in his talk today.

Developing for Facebook required some severe changes in PopCap’s development process, Bishop said, not least of which tamping down the company’s perfectionist tendencies. So, while PopCap spent three entire years tinkering with Plants vs. Zombies before its eventual release (including one entire year devoted exclusively to mini-games!), with Bejeweled Blitz they had to adopt a new attitude of “it’s good enough” and launch an incomplete product that would be tweaked after launch.

Bishop laid out a host of other lessons learned in PopCap’s first social gaming outing, in areas ranging from server scalability and cross-platform balancing to community building and customer support for millions of daily players. Bishop also said it was hard for a “how-does-it-feel company” like PopCap to become an analytics company in interpreting the mountains of player metrics delivered by the Facebook game. While the company still focuses on features it thinks will be fun, Bishop said “it doesn’t end there these days,” because they also have to look at whether the users are also enjoying those features.