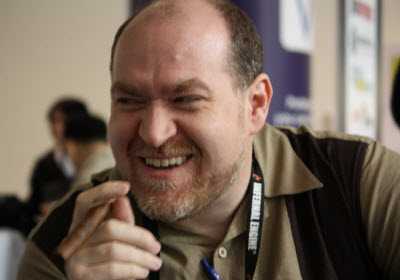 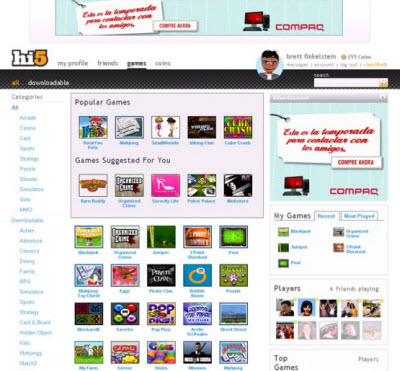 Social network Hi5 said today it has raised $14 million in a second round of funding as it tries to shift into social games and virtual goods.

Facebook has grown far faster than Hi5, with approximately 10 times more users. To deal with that, Hi5 hired gaming pioneer Alex St. John (pictured) as its president last fall and continued a deliberate expansion into social games. The company is making free-to-play games that users start playing for free, but they pay real money for virtual goods such as decorations.

Hi5 doesn’t have much of a chance of unseating Facebook in social games, but it might have a good chance to set itself up as a diversification opportunity for social game companies that don’t want to be entirely dependent on Facebook.

The round was led by Crosslink Capital and it included Mohr Davidow Ventures. To date, Hi5 has raised $34 million. That’s no small chunk of change, but it’s a pittance compared to what Facebook has raised. Jim Feuille, general partner at Crosslink, will join Hi5’s board.

San Francisco-based Hi5 still has tens of millions of users and much of its fan base is overseas; it ranks as one of the world’s top 20 web sites. In December, 2008 it launched its Hi5 Coins virtual currency and virtual gifts store. It kicked off its Hi5 games channel in February, 2009, and it launched Hi5 Stars animated avatars (virtual characters) in October 2009. In March, Hi5 launched a program targeting game developers to encourage them to publish their games on Hi5.

“Hi5 is among the companies leading and defining the rapidly emerging social entertainment category, and this round will enable us to fully capitalize on what is already a massive market opportunity,” said Bill Gossman, chief executive of Hi5.

Hi5 was founded in 2003 and raised its first venture round of $20 million in 2007. The company has 60 employees and 40 million monthly users, down from its peak of around 50 million in the past.

Founded in 2003, Hi5 today is available in over 50 languages. The site features localized games, virtual goods and other content that is monetized through Hi5 Coins, a global virtual currency supporting over 60 payment methods and 30 currencies worldwide.