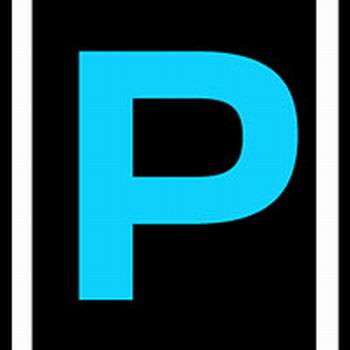 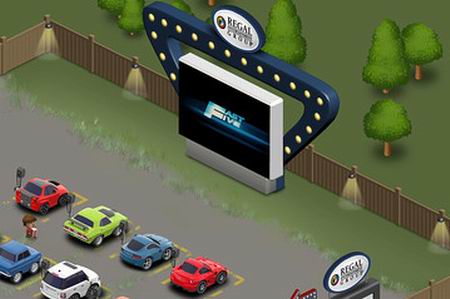 Shadow Government is “based on the gamification of real countries, systems, and worldwide events,” allowing players to build, manage, and destroy virtual nations. Playmatics has teamed up with government-modeling software developer Millennium Institute for the project, according to TechCrunch.

Along with those simulation tools, which have been used by organizations to test responses for real-world events, Playmatics is using economic and sustainability data to create Shadow Government. The Millenium Institute hopes the educational game will eventually be incorporated into school curricula.

“We see Shadow Government advancing a future genre in gaming,” said Wallace. “It’s not a ‘serious game,’ really, because we aim to design an entertainment experience. People can use Shadow Government to destroy their own little country, or to wreak havoc where they can.”

“We will be able to incorporate real world news and data, sometimes in real-time. We could take a different world-focus [with the game content] depending on what is going on in the world, asking players to create scenarios around the crisis in Japan, or the conflict in Libya, for example.”

She added, “Seeing how people play, in aggregate, will be one way of crowd sourcing ideas to help or predict systemic issues.” （Source：Gamasutra）

The success of Angry Birds Rio highlights how a well-matched marriage between film marketing and a social media game can yield profitable results. Since the Angry Birds offshoot launched two weeks ago, the Rovio game has been downloaded over 20 million times and the animated film “Rio” debuted to a $39.2 million opening in North America.

To help promote the action film “Fast Five,” the Facebook game Car Town is taking its integrated marketing efforts a step further. In addition to promoting the Universal Pictures release with in-game virtual giveaways and trailers, Cie Games, the publisher behind Car Town, is also working with Regal Cinemas and online ticketing service Fandango on a multi-platform partnership to offer player both virtual and real-world rewards.

Starting today, not only will players be able to see a “Fast Five” trailer in Car Town’s in-game drive-in theater, but said theater will be a Regal Cinemas-branded theater and users will have the ability to click through to Fandango and buy an opening weekend ticket to the April 29 release. In exchange for the purchase, buyers will receive a promotional code to redeem a virtual 1970 Dodge Charger — the vehicle Dom Toretto (played by Vin Diesel) drives in the original 2001 film “The Fast and the Furious.”

Cie Games President and CEO Justin Choi says he first began meeting with Universal marketing executives in February about a potential partnership, after the two companies worked together on a Car Town promotion for the 25th anniversary DVD and Blu-ray release of “Back to the Future.”

After agreeing to the deal, the Car Town creatives received advance copies of the script and began building game play around the film franchise’s main characters, cars and storylines. Players will have access to Dom Toretto’s garage, where they can rebuild the character’s Dodge Charger and earn opportunities to race against other characters from the films as well as participate in a bank heist.

“What’s appealing about partnerships with social games is that we can execute changes and promotions pretty quickly,” says Choi. “But the rewards will last for the duration of the game.” Choi says Cart Town will also be launching new content in relation to the film’s eventual release on DVD and Blu-ray.

In exchange, Regal is cross-promoting Car Town in its theaters and on its website with online banners and will tout the news on its social media channels. Universal will promote the partnership through its Facebook, Twitter and YouTube channels, among other places.

Though movie studios and theater owners have been at odds publicly over the issue of premium video-on-demand, Choi says everything with Car Town’s promotional efforts has been going smoothly. “Video games just bring people together,” he said.（Source：Blogs.wsj）

New York. NY – April 21, 2011 – Funtactix, a worldwide developer and publisher of online worlds and social games, announced today the upcoming launch of the New Boyz avatar-based online world as part of a broader agreement with Warner Music Group (WMG). Funtactix has created a customized virtual world for fans of the New Boyz, built upon a music-driven online gaming and digital merchandise platform.

New Boyz: The WORLD, the official online world for the hip hop duo that boasts one of the fastest growing online followings with two million Facebook fans, will mark the first musician-based massively-multiplayer online world ever launched. Available beginning May 2 through the New Boyz Facebook page,New Boyz: The WORLD allows fans to enter an authentic world entirely dedicated to the group. New Boyz fans will be able to create an avatar reflecting the New Boyz style while personalizing it with virtual clothing and merchandise.

Our artists and bands have some of the most dedicated followers, said Andie Simon, Senior Vice President, Interactive Media, Warner Music Group. With Funtactixs dynamic platform and game design expertise, we are excited to collaborate with them and offer our artists another way to reach their fans.

According to a recent study by Forbes, the global market for virtual goods in 2010 was estimated at $10 billion. According to Frank N. Magid Associates, online world game players boast the second-highest concentration of digital goods buyers.

In addition to the New Boyzs popularity on Facebook, the duo has a rapidly-growing Twitter following and has released a series of viral digital music videos that have received tens of millions of views.

A stage appears to be surrounded by only three walls, but theres a fourth wall there you cant see thats the one that separates the musician from the audience, said Sam Glassenberg, CEO of Funtactix. Our partnership breaks down this fourth wall and lets fans enter the worlds of Warner Musics broad roster of new stars and legendary artists so they can connect and interact with their favorite bands in an entirely new way.

Funtactix will also create custom-built avatar-based online worlds for additional WMG artists, creating a first-of-its-kind backstage pass for fans to enter the official world of their favorite musicians. The experiences are built for fans with ongoing artist involvement, creating a new channel for delivering a complete experience that extends beyond the music: unlocking the artists visual style, dance moves, fashion, and delivering it directly to the fans through visually-stunning online worlds and digital goods.（Source：Mpogd）

4）Call of Duty The ‘Stickiest’ Game Of All Time, Says Activision

When Activision killed Guitar Hero and Tony Hawk, many wondered how long it would be until Callof Duty followed in the footsteps of those franchises.  It seems some within Activision have wondered that as well.  In some leaked internal memos obtained by Giant Bomb, Activision publishing CEO Eric Hirshberg answers the question for his employees.

When asked about why Call of Duty’s success differs from the success Guitar Hero had, Hirshberg replied,”This is a great question and one we have thought about a lot. But there are several key differences between the two franchises worth considering. Guitar Hero quickly reached incredible heights, but then began a steady decline. Call of Duty, on the other hand, has steadily grown every single year of its seven-year existence.”

This is true, as each title since Call of Duty: Modern Warfare has climbed higher and higher on NPD’s chart for the highest-grossing games of all-time.

“Guitar Hero was a new genre which had incredible appeal, but which had not stood the test of time. Call of Duty exists in a genre–first person shooters–that has shown remarkable staying power and wide appeal over a period of decades. Plus, Call of Duty has inspired a massive, persistent, online community of players, making it perhaps the ‘stickiest’ game of all time,” Hirshberg continued.

It is true that Guitar Hero became a difficult title to market– relying on high-cost extra peripherals — while Call of Duty is a first-person shooter, a solid genre since Wolfenstein 3D first hit PCs.

“If you really step back and dispassionately look at any measurement—sales, player engagement, hours of online play, performance of DLC—you can absolutely conclude that the potential for this franchise has never been greater,” he added. “In order to achieve this potential, we need to focus: on making games that constantly raise the quality bar; on staying ahead of the innovation curve; on surrounding the brand with a suite of services and an online community that makes our fans never want to leave. Entertainment franchises with staying power are rare. But Call of Duty shows all of the signs of being able to be one of them. It’s up to us.”

Hirshberg cites numerous Activision projects as ways to improve the company’s overall brand.  These projects include items previously mentioned, including Bungie’s project, the Call of Duty Beachhead service, and the free-to-play Call of Duty for the Chinese market.

“Activision doesn’t always seem to get the credit it deserves in terms of innovation in my opinion, but there is no short supply of it, even in our narrower slate. As I said, when you look at this list of projects and the innovations embedded within them, it is a pipeline any company would kill for,” he said.

“Call of Duty is one of the biggest entertainment franchises in the world,” said Hirshberg. “We have assembled an unprecedented team of some of the finest development and business talent in the world to keep this game ahead of the curve.”（Source：Businessinsider）

Apr. 20, 2011 (Business Wire) — Nexon, the pioneer of free-to-play online games, has been named one of the “Most Innovative Companies in Gaming” by Fast Company for the second consecutive year.

Fast Company, world-renowned for identifying and covering the most ground-breaking companies in the world, identified Nexon’s popular global smash hit free-to-play games like Dungeon Fighter Online, which has 200 million registered users worldwide, and MapleStory, which has more than 90 million registered users worldwide, as reasons for making the list. In addition, Nexon’s Game Cards were recognized as another innovative business model placing Nexon on the list. Nexon Game Cards – prepaid cards carrying specific amounts of Nexon’s virtual currency, NX – are sold in more than 70,000 trusted retailers such as 7-Eleven, Toys ‘R Us and GameStop.

Social Gaming – Nexon revealed a partnership with A Bit Lucky to develop games targeted to social networking platforms such as Facebook. In addition, via Nexon’s iNiative program, the company selected two Western-based game studios, Antic Entertainment and onetribe, to receive more than $1 million to develop games for social platforms. Later this year, Nexon plans to release MapleStory Adventures as a Facebook game.

“While Nexon has had great success in Asia and North America, our efforts to expand our platform reach is a push to make Nexon a global gaming power,” said Nexon America CEO Daniel Kim. “To be named on the Fast Company list of Most Innovative Companies in Gaming two years in a row is truly such an honor for the entire organization. We look forward to many more years of offering the best gaming experience to our fans, whether that be PC, mobile or social network platforms.”（Source：istockanalyst）